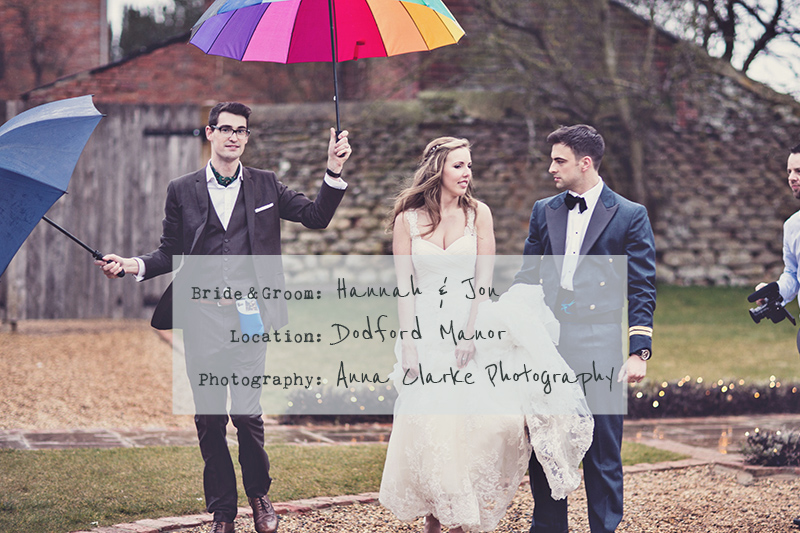 Adam here… Introducing the next w-day from our last bunch of lovely real bride ladies, today is the turn of Hannah who married Jon on April 13th.

If you are new RMW reader unfamiliar with Hannah’s journey so far then read no further!!! Firstly read Hannahs whole planning story right here. Go. Now. Read…. and then come back for this, the penultimate post from Hannah…

Hannah: Hello again.. It’s been a while! I can’t believe that I’m now writing this post as a married lady. It’s been a wonderful year or so and great fun having you all along for the ride. Not only have we had a wonderful wedding, but we’ve made so many friends because of this blog and there are lots more exciting things to come, with Jon & I moving to RAF Valley soon and we’re getting a puppy called Bear! …

But before I go into any detail, I have to say a huge thank you to everyone who helped us during the run up and on the big day itself. Family and friends were just amazing, as were all the suppliers who have now become friends. It’s been a really great time, and I’m pleased to report that I managed to take a step back and enjoy it all. 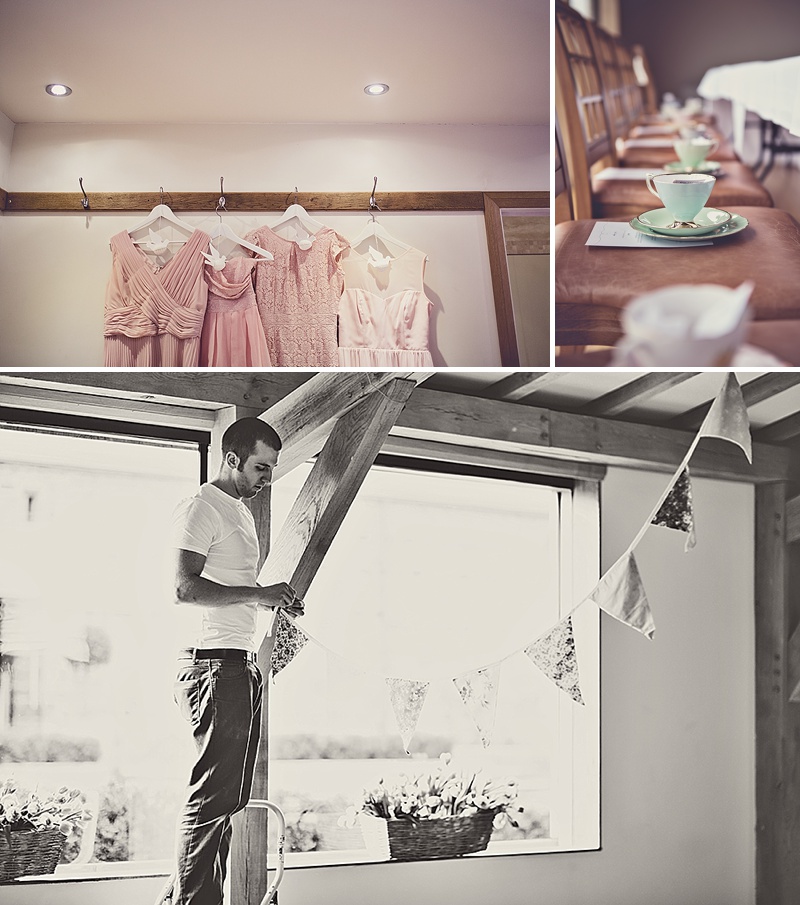 So the big day actually started the night before, Jon and I had agreed that from midday on the Friday we wouldn’t speak to, or see each other until the ceremony the next day. He had all his friends over to our house and I left him under instruction not to trash the place, and to only have a beer or two. I know what the boys are like.

I was joined that evening by all my family from all over the country, as well as most of Jon’s. It was lovely to get everyone together and to let relations have a good old chin wag. We rented out the Granary a beautiful boutique barn style hotel. They were very accommodating and laid on a wonderful spread.

In the run up to the wedding I worried over sleep… Or the lack of it and read up on all sorts of ‘just incase’ remedies but in the end I decided that sleep was just not going to happen….I had resigned myself to that fact, but to my surprise & delight I woke up at 3.30am having slept from 11! So I got up, had a cup of tea and read the lovely note Jon had left me… needless to say the day started with tears!

I adorned my new hush pyjamas, ate a full English, gathered the bridesmaids and headed off to Dodford Manor, not before being jumped up at by an over excited springer puppy…so much for new white pj’s!

All Hands On Dec

We got to Dodford Manor and it was all hands on deck to get the lovely barn dressed. We made 8ft blossom trees that were wheeled in, huge vases of lovely wild flowers from Juliet at Thoughtful Flowers, as well as hanging the 200m of bunting! At Dodford theres a lovely dressing room to get ready in, and it has a one way glass window into the ceremony barn. It was so humbling to see everyone dashing around putting the finishing touches on everything. Over in the main dinning room, there was a small army of people all working so hard to make sure the room was ready, we really do owe them all.

A while ago I wrote about how nice it was to see all the family making so much of an effort making all manor of homemade goodies. Well I can honestly say that when I walked into the room, it took my breath away. All the beautiful bunting my mum had made had been diligently hung up, the tables looked perfect with the wild flowers on. Jon’s mum had got the cake in place, (no small feat I can assure you!) His dad, who had hand built the sweet trolley was carefully filling glass jars with pink and white sweets. What a cool set of in-laws. I felt this huge sense of satisfaction that we really had put our own stamp on the day.

Meanwhile, Jon was at our house with his brother, the best man and all his close friends, no doubt not even awake yet. Unbeknown to my soon-to-be hubby I had been squirrelling away a bit of cash at the end of every month for the past year or so in order to buy him a pressie. I felt a little bad as we had agreed no gifts, only a letter on the day. Being a pilot I knew he’d always wanted a particular type of watch. There’s a whole other story to how I found out the right one and eventually how I got my hands on it, but suffice to say I was relived he hadn’t discovered it hidden away at home.

With such a nice pressie in store, I couldn’t resist a little wind up, cruel I know, but it’s normally him dishing out all the banter. My mum called Jon to tell him that it was all panic stations at the venue and that he urgently needed to get something out of the cupboard upstairs. He was on speaker phone, I could tell it had got to him, but he was trying to play it cool especially in front of his friends! After a bit more fun and games, we led him to the parcel, which he duly unwrapped and I duly cried..again. 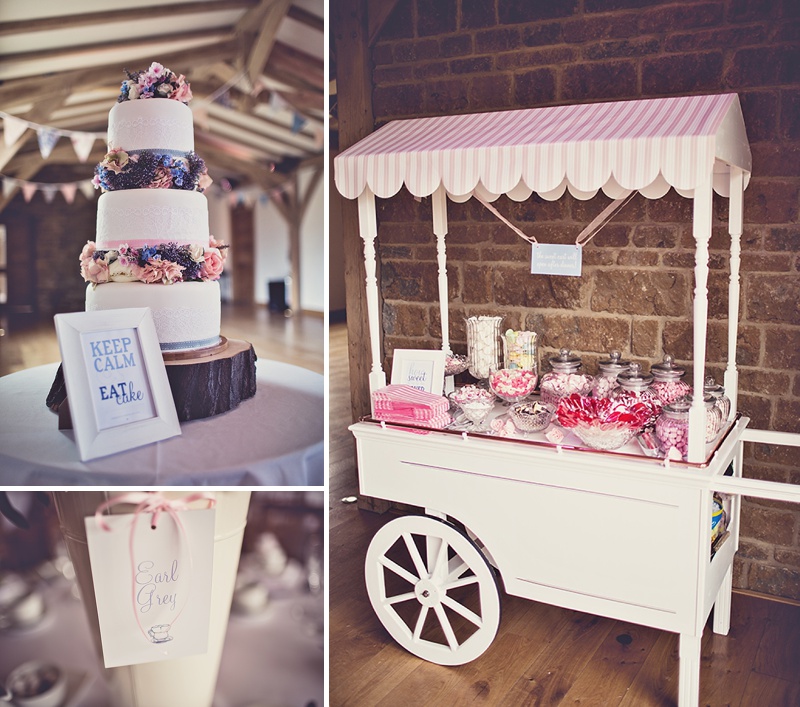 The next time I checked my watch I couldn’t believe it was mid day, I hurried back to the bridal room and put the peep hole to good use. It was so nice seeing everyone arrive, they all looked lovely and in good spirits.

Then the RAF boys turned out, all looking very dashing in their uniform to be followed by my very soon to be husband. He looked very handsome and suddenly it all started to feel very real.

Jodie did a brilliant job of making me, the mums and all the bridesmaids look gorgeous and Nikki’s calm attitude to making hair she’d never seen before into fabulous creations really did amaze me…I still don’t know how they managed to get 4 bridesmaids me, my Mum and my Auntie Sarah all ready in less than 4 hours… we were even half an hour early!

Georgie, the youngest bridesmaid led the others down the isle, she looked absolutely adorable. Followed by Jade and my cousin, Sarah and then my sister and oldest friend, Rach. Kissing you from Romeo & Juliet was being played beautifully on the piano, echoing around the barn… I took a breath, linked arms with my dad and stepped out into the smiling faces of all my friends and family…I cried..again. 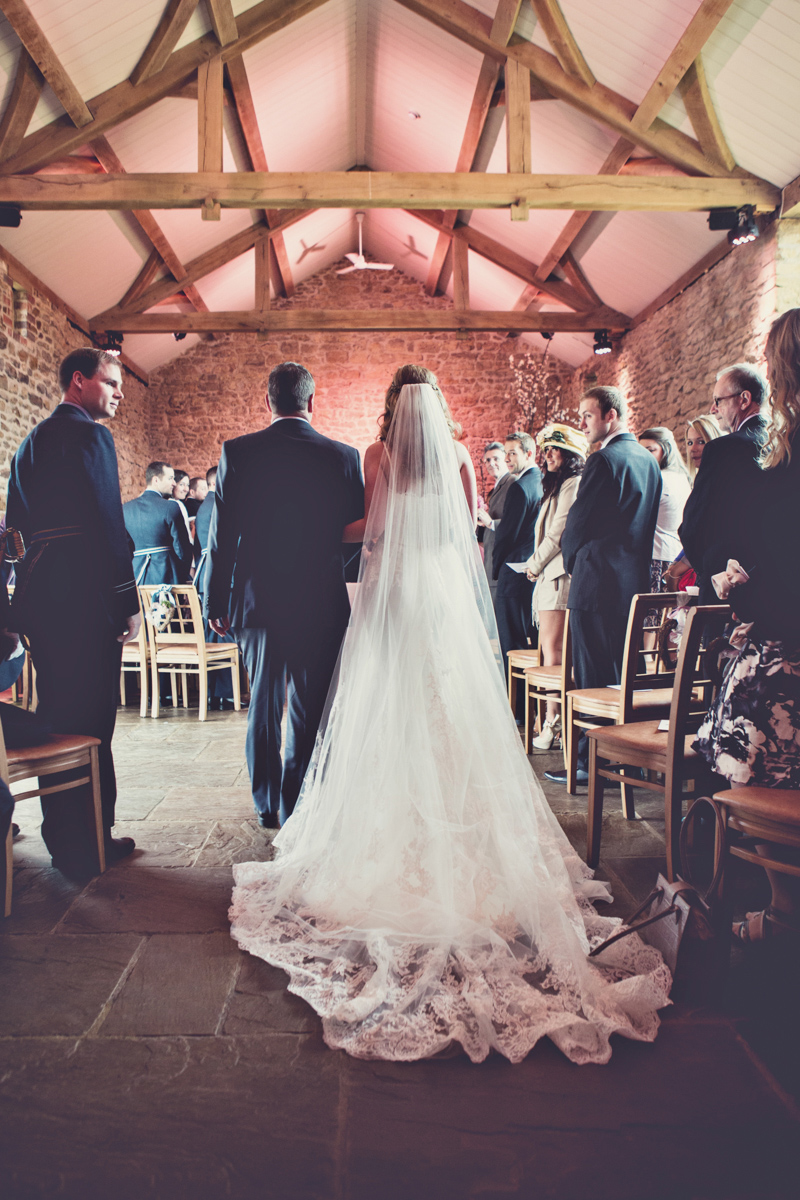 More tears (the good kind!) later on folks when we provide a befitting end to this most perfect start… Tune back in at 2pm.