Karen and Pete set themsleves a very moderate budget for their wedding, they were confident that they could throw a decent enough party without having to break the bank… 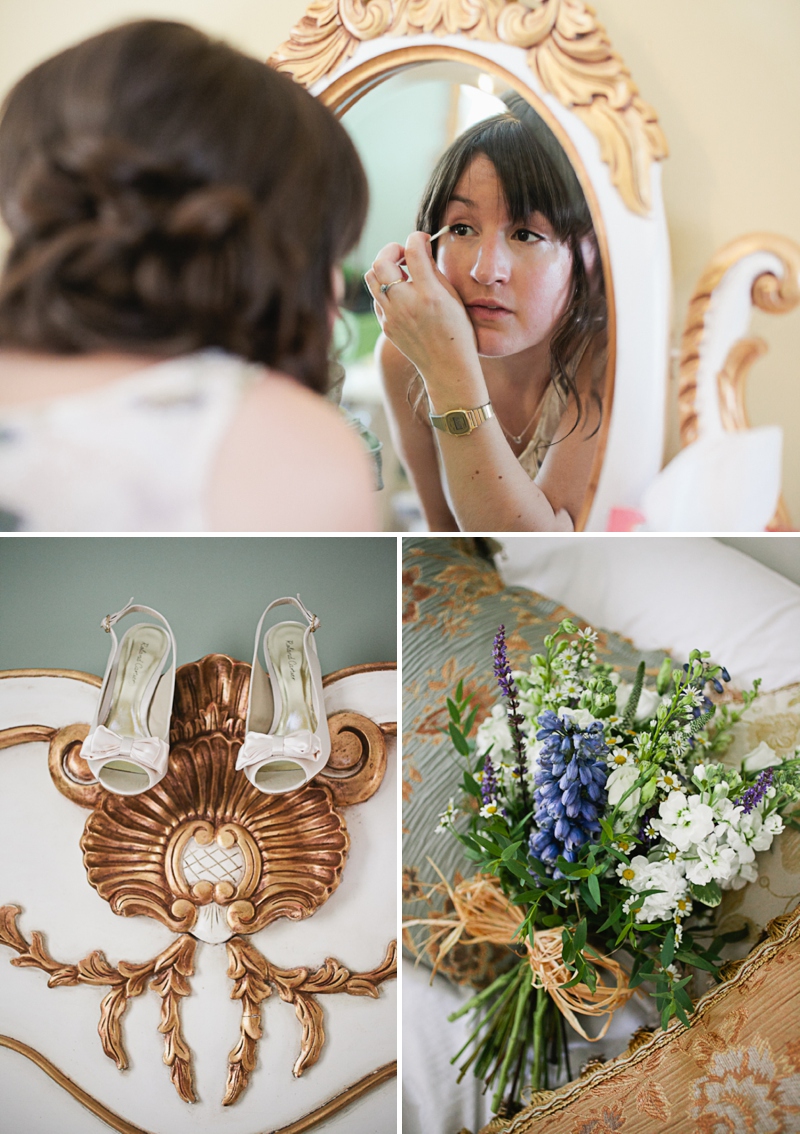 Karen: I wanted to get married where I grew up in Staffordshire. We both wanted a very informal wedding and a ‘blank canvas’ venue we could put our own stamp on, so packages were not an option!

We therefore chose to go down the village hall route. Fradley Village Hall is lovely and bright with lots of space, and they were happy to let us do whatever we wanted, so it was ideal. Lichfield Guildhall was perfect for the ceremony as it suited the more serious nature of the ceremony, offering a bit of grandeur to contrast with our very informal village hall reception. We also liked the fact that we got married in community spaces.

We also had a very shiny red routemaster bus from Midland Classic to take everyone between venues. It did two journeys – one with most of the guests, and then one with us and the rest of the wedding party, because we thought it would be more fun to travel with them than in a separate car.

I don’t know anything about beauty and don’t wear much make up, so I decided to do my own make up on the day. I wanted to look beautiful for Pete rather than for the photos, and I knew he’d get freaked out by a face full of foundation. So I bought some Bobbi Brown make up after having a couple of sessions with them. I also wanted my hair to look very natural but I did want it up as I usually wear my hair down, so I went for a loose side bun. Local hairdresser Francesco Lichfield did a great job.

I knew I didn’t want a traditional, full length bridal gown as I’m not particularly elegant and I’m very short! I was first inspired to go for a fifties style dress after watching Funny Face (Audrey Hepburn wears a stunning dress at the end.) They look awesome and I knew it would be great to spin around in on the dance floor too. I came across Butterfly Vintage Brides whilst looking through suppliers for a vintage wedding fair. I went to try on one of Amanda’s dresses and we ended up designing my perfect dress together. I would really recommend getting a bespoke dress – it was a bit of a risk as I didn’t know exactly what it would be like until the last fitting, but for me, it massively paid off – my dress was amazing and I LOVED it!

The veil was also made by my dressmaker. Shoes were really important to complement my dress and I knew EXACTLY what I wanted – peep toe, sling back ivory heels with bows on the toes. I couldn’t find the right thing for ages but in the end a colleague spotted them for me, in Debenhams!

I was so pleased with them – they completed the outfit.

I didn’t want my bridesmaid Katie to wear a formal ‘bridesmaid’ dress – I wanted her to have something fifties style to go with my dress and the general informal feel for the day. We didn’t have a colour scheme as such so I didn’t mind what colour it was. I kept checking high street websites and as soon as the spring collections came out I spotted this teal beauty at Coast – exactly the shape I was after and a gorgeous colour too.

We wanted the venue to look relaxed and fun rather than traditional, so we didn’t want a colour scheme as such. If we had a colour scheme at all, it was ‘lots of bright colours all together’! We also wanted to do as much DIY as possible, so made lots of pompoms and garlands out of tissue and crepe paper to decorate the village hall. I was a bit worried how it would look but it all came together amazingly well (although lots of people thought we’d gone for a kids party theme, which wasn’t really the intention!) Special thanks to my brother for creating the elaborate rigging system for hanging everything from the ceiling.

I went for a natural bouquet of summer flowers, with daisy type flowers for Katie, and similarly informal foliage-based buttonholes for the men. The bouquets, button holes and an arrangement at the Guildhall were made by Ivison of Lichfield. My mum then grew flowers to go in jam jars for the tables at the reception. It was a bit of a mission for her to grow them, then cut them, drive them the hour long journey to the venue and arrange them the day before – so thanks mum!

Some civil ceremonies seem to be over so quickly, so we chose to pad it out with three songs and two readings to make it last a bit longer. I recruited my old choir to sing and play piano, which was so lovely because I’ve known a lot of them since I was ten.

I walked down the aisle to a section of Lippy Kids, by Elbow. The choir then sang a beautiful Vaughan Williams piece called Linden Lea whilst we signed the register. We also thought it would be fun to have a good old sing-a-long and chose Dusty Springfield’s I Only Wanna Be With You because it’s nice and upbeat (not soppy!) and we thought most people would know it. I don’t think many people were expecting to have a sing-a-long and it went down so well – everyone smiling, laughing and even waving! It was REALLY hard to find readings that had the right sentiment but weren’t too soppy, but after much internet research we came across Union by Robert Fulghum, which was perfect for us. I also wanted a Christina Rossetti poem as my mum’s a fan, so we had Untitled – which is nice and short.

During the day we had a brilliant threepiece Dixie jazz band called The Wabash Jazz Trio who we found by asking the local council’s arts team for recommendations. For the evening, we did think about having a BeeGees tribute band but sadly decided they were a bit too pricey (would have been hilarious though) so went straight into the disco.

We both had ideas of songs to go on our dream wedding playlist so decided to pick and mix the songs ourselves and then plugged a laptop into a hired PA system. Honestly, I would recommend everyone does this. It was genuinely really fun going through our music collection and dancing around our living room as we debated which floor fillers would make the cut, and when it came to the disco on the night, it meant every single song was a winner…expertly mixed by my husband using Mixmeister software. 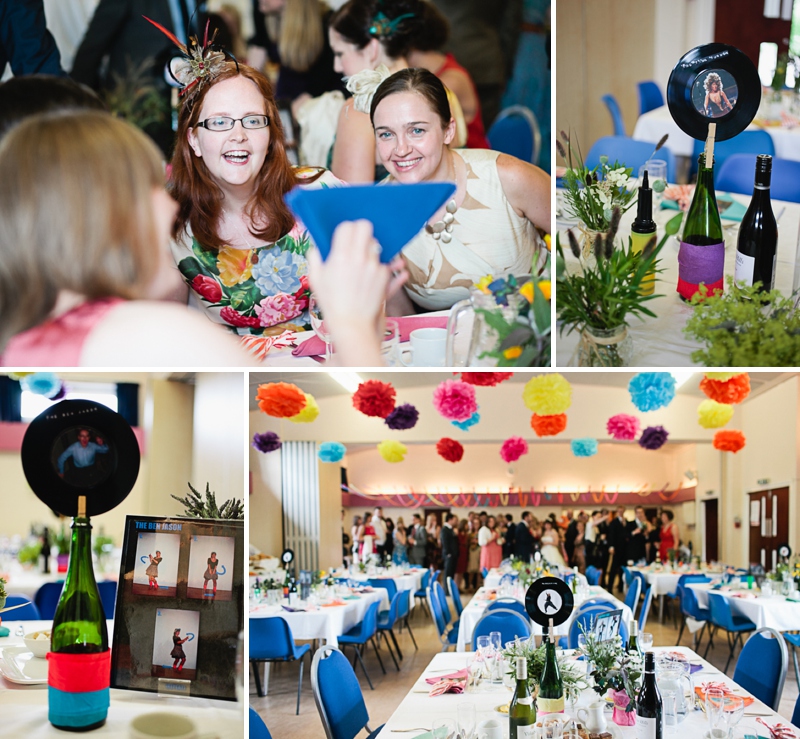 We went through a few comedy options for our first dance… Summer Nights, I want to Dance With Somebody, Superman… But decided it should be one of the few serious moments of the first day, so went with Witchita Lineman by Glen Campbell. 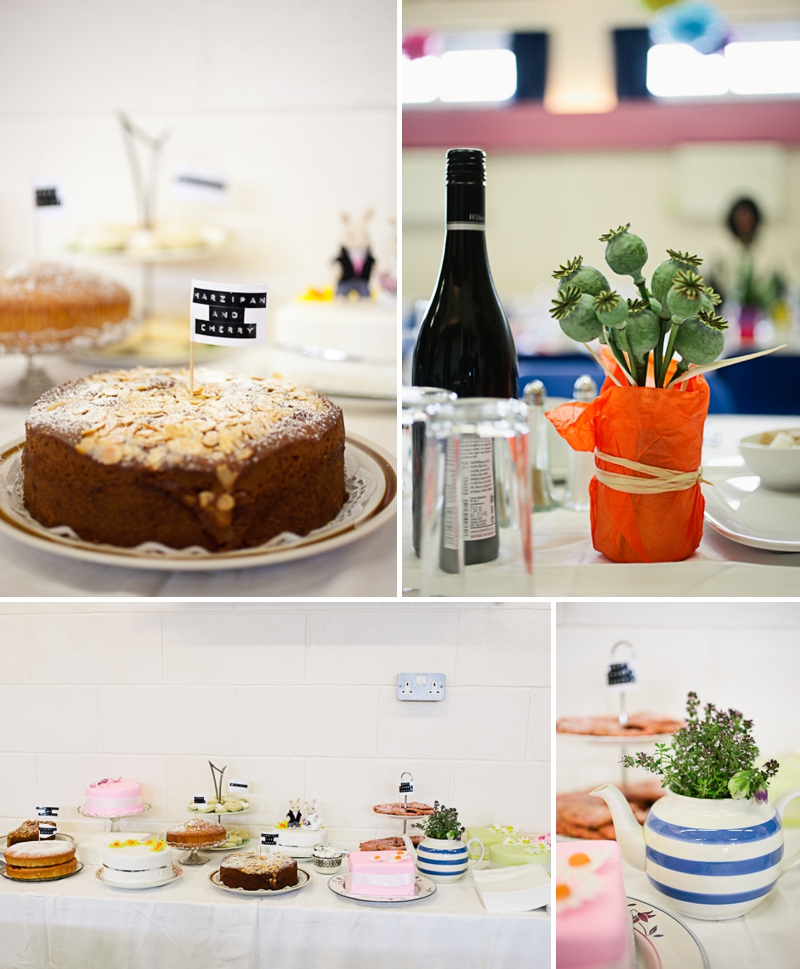 Our first ever date was a picnic on Clapham Common. Pete was running late so I said I’d meet him in Sainsbury’s by the scotch eggs and pork pies… He claims to have known I was the right girl for him from that moment. So we thought it would be appropriate to have a buffet. Plus – everyone loves a buffet.

It was all very British summertime themed so cold meats, salads, summer pudding, pavlova etc. provided by local caterers Sketchbook, who were amazing. For the cake(s) – again, I didn’t want it to be traditional, and wanted it to be something we had made rather than bought, so enlisted the baking skills of my mum, godmother and sister in law to bake an array of delicious cakes for our cake table, arranged on vintage style cake stands. With Sylvanian family toppers!!

Booze-wise – we provided fizz immediately after the ceremony (something different!), Pimms for the arrival drink, wine for the tables and champers for the toast. The village hall didn’t have a bar so we got a local pub goldencupyoxall to provide a mobile bar because we wanted local beers.

Pete and I did a round the world trip before we got engaged and managed to kill lots of time on long bus/train/boat journeys coming up with random ideas for our potential future wedding. It was quite fun putting those ideas into practice. We thought it would be a nice little ice breaker if rather than written place settings we had funny/embarrassing photos of each guest from yesteryear.

We’d noticed favours often get left behind at weddings, so we wanted to create a favour people would want to keep. Pete had the idea to print the photos onto transfer paper and iron them onto brightly coloured napkins so they doubled as the favour. It was pretty hilarious when everyone saw their napkin for the first time – some were not best pleased with the photos we’d found, but it definitely got people talking!

For the table names, we wanted to have dance moves, with records for the centre pieces and table plan. We did a little instruction card with photos of ourselves doing the dance moves for each table – the idea being that each table would then show off their moves on the dance floor later on (some did!)

We both wanted our guests to have a brilliant time so we tried hard to ensure there was never a dull moment, and I think this really helped to make the day so special and memorable for everyone – not just us. For example – BALLOONS. So simple, so cheap… But so, so good. I knew it would take a long time for everyone to get through the buffet so wanted to put something on the tables to keep people entertained. 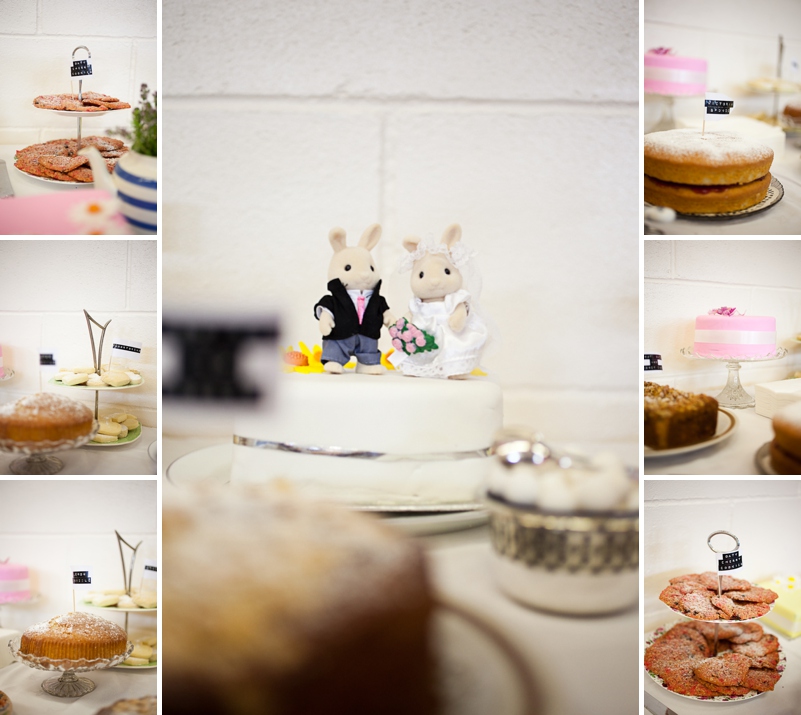 We put a balloon pump and some instructions on how to make balloon animals on each table, and each guest had a party bag with some balloons in (as well as sweets and a party popper.) It cost practically nothing but everyone loved it – so many people have told me how much they loved the balloons. But I would also say to not worry too much about what other people think. Our wedding was extremely unpolished and, let’s face it, pretty budget – not because we couldn’t afford to, but only because we didn’t think there was any need to spend thousands and thousands on a posh venue and all the rest to have the day we wanted. But everyone had a brilliant time at our wedding, even if it wasn’t what they would have chosen to do themselves. 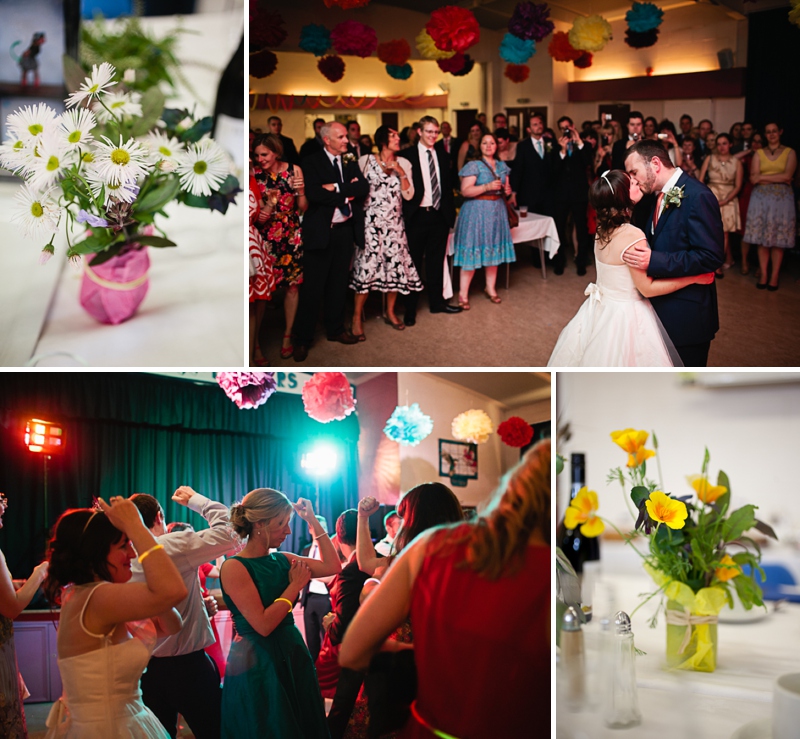 I think all of Karen and Pete’s crowd entertainment idea’s are brilliant… Especially the table name dance instruction centrepieces! And also there is absolutely no problem with people thinking you’ve gone for a childrens party theme… Let’s face it they are one of the best types of party.

All that was missing was a huge quantity of jelly and ice-cream and a bouncy castle. Dangerous combo that.

8 thoughts on “I Only Wanna Be With You.”