You know what? I have LOVED putting this wedding together. Not only is is totally my-kind-of-wedding, but the images are just beautiful. So fresh and modern yet there is a touch of vintage timelessness in them that I can’t imagine ever dating.

Jodie is a legend. Officially.

We chose the lovely and talented Jodie Chapman. 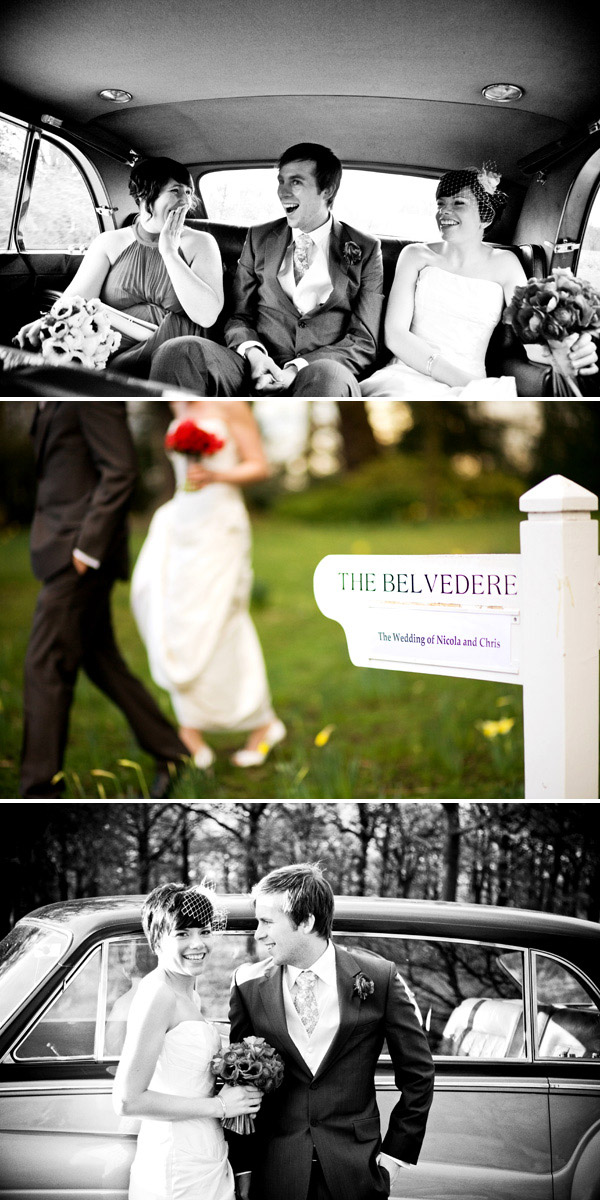 Being a Picture Editor and looking at hundreds of portfolios and photographers’s websites during my career meant that photography was really important to me and something that I wanted to get completely right. Both myself and Chris knew this was an aspect of our wedding that we wouldn’t scrimp on and we both wanted to spend a good deal of time on our wedding day getting beautiful pictures. 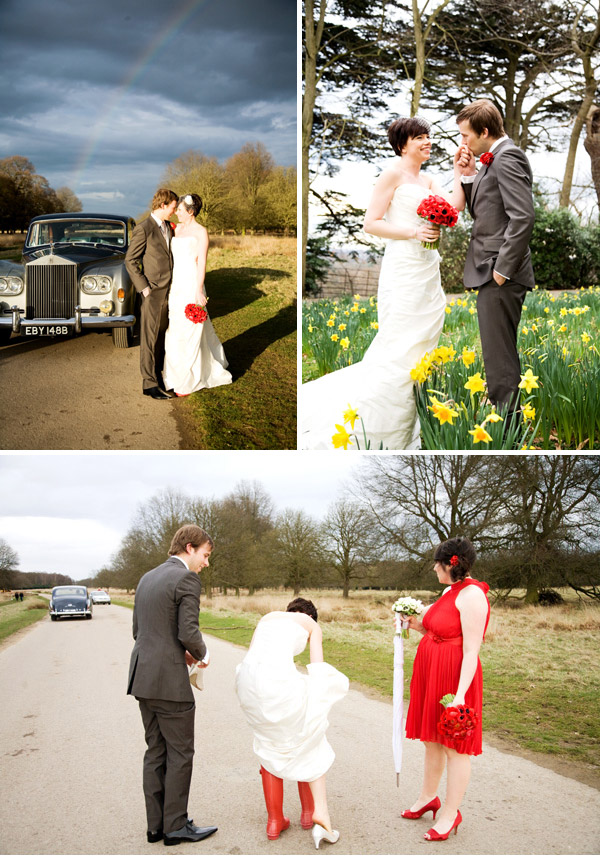 The pictures were exactly what we hoped for and we still get so many comments about them one year on. Escaping into the woodland of Richmond Park was exactly what we had planned before the wedding and jodie captured some beautiful moments of us both…and for the record the rainbow was real not Photoshopped! 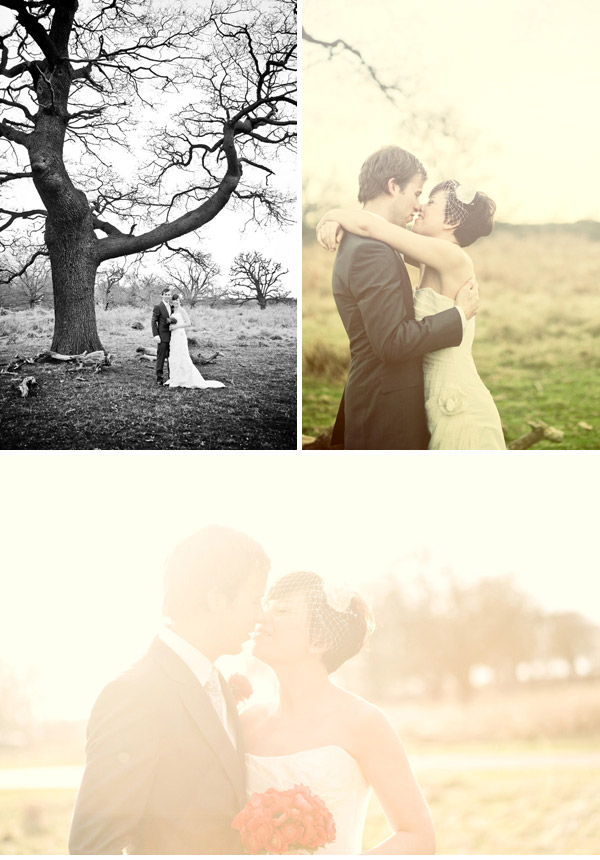 (The wedding car in some of the shots was previously owned by Abba! We didn’t pick it for this reason though, we just liked the style – honest!)

I must admit flowers did come later in our wedding planning, we were more excited about things such as photography, the food, the music… 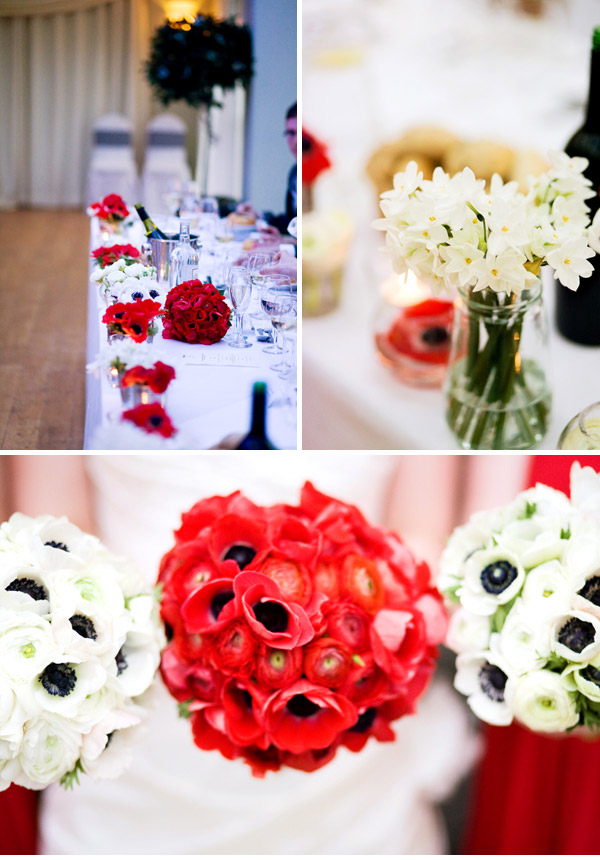 However I had a couple of ideas of what I didn’t like in terms of flowers and styles and I liked the idea of red poppies but that was all! Although I would say knowing what you don’t like is really useful and helped our florist to present some different options to us. 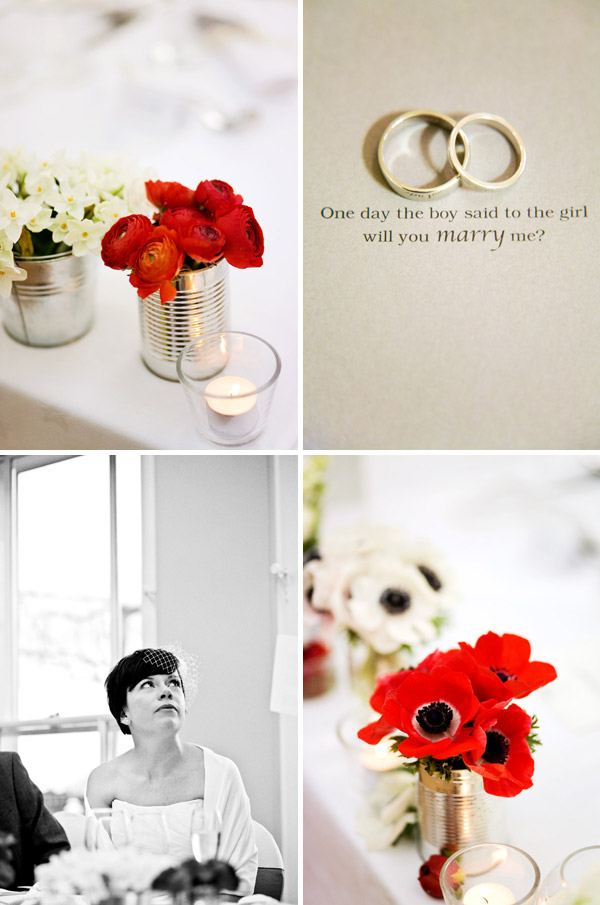 The florist we used was Dawn Jennings. Dawn was great at bringing our ideas to life and everything seems so smooth and easy.

We settled for red anemones for my bouquet and cream anemones for the bridesmaids with ranunculus for button holes. 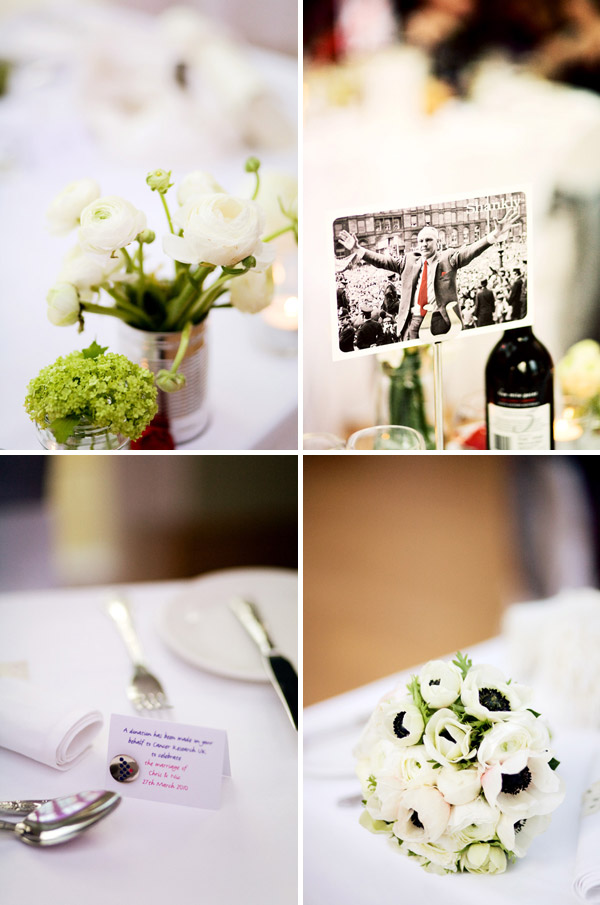 The flowers on our tables were of the same variety with some additional Spring varieties. We knew we didn’t want to go for formal displays on the tables and wanted to go for a more homemade and mis-matched feel. So prior to the wedding we started collecting glass jars – large, small, interesting shapes and bottles…plus tins…I think we went through a lot of baked beans in the last few weeks before our wedding! But the result was fantastic. I particularly liked the arrangement on the top table which was a long row of flowers in different jars and glasses that ran along the front of the table – a perfect organised mis-match!

Taking to the Stage

We decided to ask one of Chris’s oldest friends if he would play at our wedding as a gift, Chris Macaree. 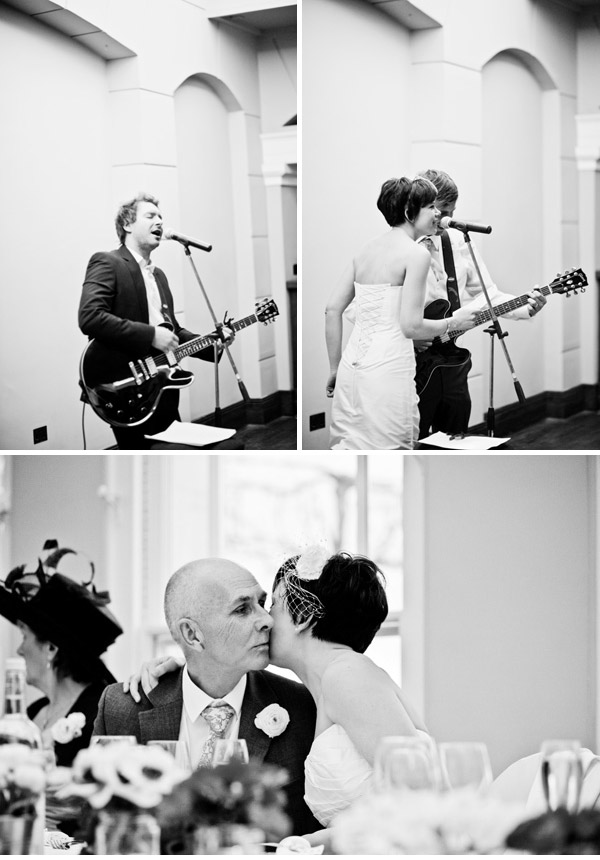 After he performed a couple of songs we took to the stage to sing our own song! A rendition of the Moldy Peaches ‘Anyone Else But You’ which we had written our own lyrics to. 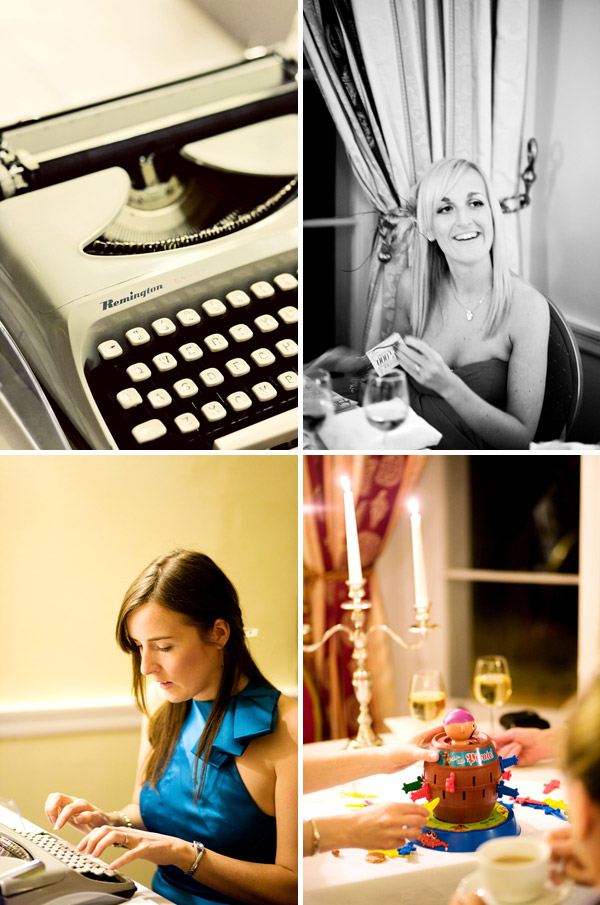 Also as entertainment we continued the toy theme (from Chris’s job) and had retro games for everyone to play after we had finished dinner…Pop up Pirate, Buckaroo, Screwball Scramble – they were a big hit! : ) 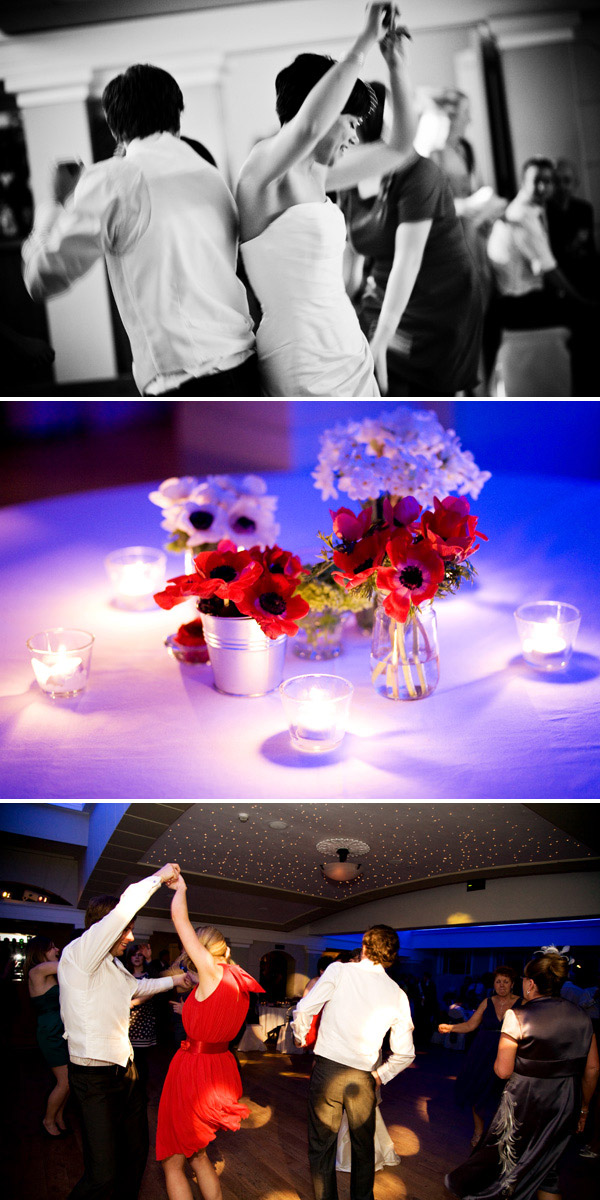 And totally and utterly no-fuss-because-this-wedding-doesn’t-even-need-it gorgeous.

Becky is at her happiest when dunking a slightly chilled chocolate digestive into a very warm, very milky cup of tea. She also loves her job and pinches herself every day to make sure that she isn’t in a graphic design dreamworld.
Tags:London Wedding |Birdcage Veil |Ranunculus |Anemones |Red |Chandrika Thomas |Pembroke Lodge