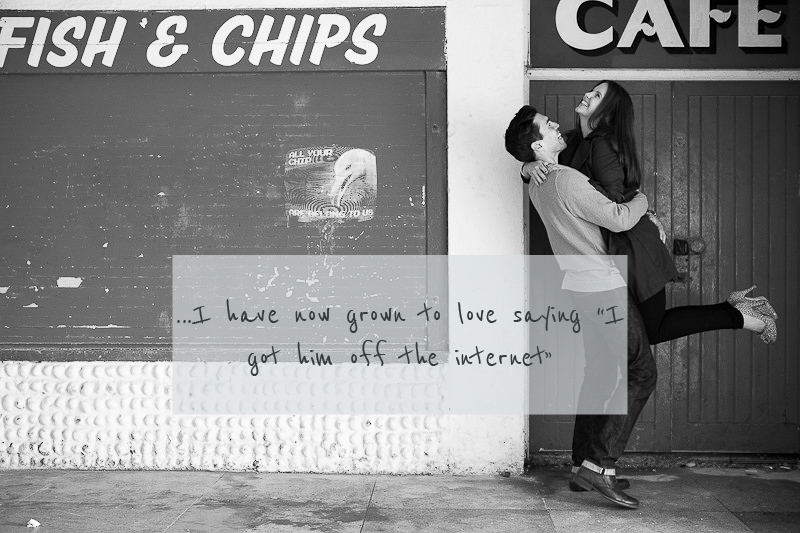 We actually covered this subject a couple of years ago, since then apparently 1 in 3 recently married couples* met on the internet.

Surely on-line dating can no longer be a taboo/a fact folks don’t want to admit to for fear of embarrassment?

I know quite a few of my friends and certainly weddings we have featured right here on these very pages are world wide web love stories, including the make-your-heart-melt engagement of Emma and Mark which I’m going to share today.

Have yourselves a read lovelies – there’s nothing like a happily ever after to brighten up this grey October afternoon.

Emma The Bride: Mark and I met the modern way… Online. I have now grown to love saying “I got him off the internet”.

It was Easter 2012 and after much protest about how I would “never be one of those people” I decided to give in and so I put a profile online. I was horribly judgmental. I apologise. Errrrrr… I’m still apologising.

The reason I gave in was because my beautiful friend had encouraged me. She herself had found her own happiness and was about to be whisked away on a mini-break by her newly acquired online boy so I thought maybe I should give it a go… Hell I wanted to be whisked away!

Still feeling slightly skeptical, I wrote a profile that was epic. War and Peace epic. In the hope that if anyone bothered to get to the bottom of it and respond then maybe, just maybe, they could be the boy that I was searching for…

Mark was the boy.

He sent me a message that was just lovely – sincere, sweet and intriguing all at the same time.

Three days later Mark was making his way to Tunbridge Wells to meet me for our first date.

I remember walking to meet him and seeing this man standing outside the train station, he looked great in his white tee, Fred Perry raincoat and reading a Hemmingway book. My stomach flipped.

We decided to have a ‘get-to-know-you-coffee’ so we headed to Juliets (anyone visiting Tunbridge Wells this is a must, KILLER cakes!)

Our coffee date lasted 6 hours. YES. That would be SIX hours.

I pretty much skipped home after we said Goodbye, called everyone in my phone to tell them about my date and then declared on Facebook that ‘I think I just felt my life change’. Yes folks, I knew.

For the second date we had dinner at Roast in London. It was on this night we kissed, in the middle of a twilight lit Borough Market… 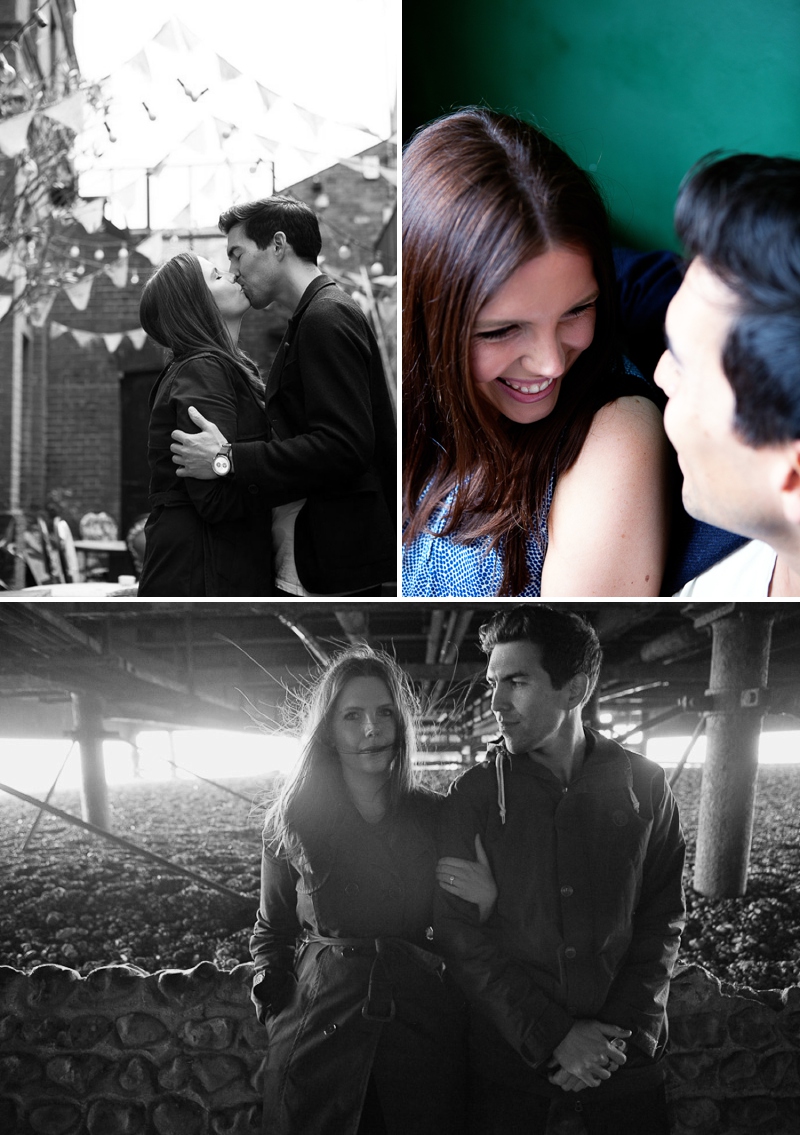 Mark quickly became my everything.

Six months later we found ourselves talking about travelling, marriage and our ever after. We were so entwined that I knew I’d found my forever.

After already pointing out (and trying on!) the ring of my dreams with him on a walk home through The Lanes, I thought Mark would propose on our impending trip to NYC in the December, it was the obvious moment (so me and my Mum thought!)

However, 3 weeks before our trip, getting ready for bed, hair scraped up, makeup off… He looked at me in a way that I knew.

Mark told me he couldn’t wait any longer for me to be his fiancée, his wife…

Presented before me was my boy, with a box, a simple question… and the most perfect ring.

It wasn’t the grand gesture, it wasn’t the public announcement… It was intimate, romantic and perfect. It was me and him. In our home. Just us.

The months that followed have been so magical. I left my job, handed in the dreaded blackberry and left the London rat-race, I ‘officially’ moved my life to Brighton, we embarked on a month-long trip around Europe, I have started my own business AND I’ve planned our beautiful wedding.

For our engagement shoot we decided to stay in Brighton, as it’s so much of who we are as a couple. Mark loves colour and is a coffee connoisseur so it made sense to head to Marwoods, a great coffee shop tucked away near The Lanes.

Photography was easy for us – clean sharp images that capture a moment. Jo Thorne from Horseshoe Photography was a delight to meet and we just knew she was the right person to photograph our day. We also like to support local so as she hails from Brighton she was in!

So there you have it, our story and yes… I’m very close to being an online dating statistic.

Our wedding is now just three weeks away as I write this… and I simply can’t wait to be Mrs Hla.

Did you meet your soul mate on the internet?

Have you refrained from telling the real story or could you not care less?

*data as per forbes.com