Some amazing things have happened to the RMW team over the past 18 months or so, one particular memory that springs to mind is being approached at a show by a planning bride who came up to me and said ” I just wanted to say, I love your blog and I thought your Toxic Friendship post was spot on. I emailed it to all my friends and one of them has it printed out and stuck to their fridge”

I was positively overcome with gratitude.

But I couldn’t take all of the credit. Rock My Wedding long term loyal reader and generally lovely lady Anna K (who has recently joined Claire and Aisling over at gorgeous blog Any Other Wedding) had contributed a significant part to the piece.

And because of her beautiful writing style and wise words I really wanted her perspective on the other side of W-day, the being a wife part.

This is a poignant, thought-provoking and truly wonderful piece.

On Being Married – By Anna K

I said “yes” in a park, on a tattered picnic blanket on the first day of autumn 2008. There was a ring. There was dappled sunlight. There was Mr K, looking nervous. There was a squirrel. I gave it approximately half a second of considered thought, burst into tears, and nodded like a maniac.

If I am brutally honest, (erm…I’ve never even said this out loud before), I don’t think that before I got married, I really, truly thought about what I was getting into. Yes, I knew it would mean living together forever, that it would mean pulling through the hard times, that there would be sacrifices. I wasn’t completely naïve. But I wilfully avoided sitting down and considering the real, heart-wrenching, “what do we do if this doesn’t work out?” questions.

I said yes because of a number of reasons. Because I loved my husband, because I couldn’t conceive of ever wanting to be with anyone else, because I admired his core values, because I knew we were compatible in our ambitions, because he’s never failed to make me laugh and I figured I could do with some of all of that, all of him, every single day for the rest of my life.

That seemed like enough for me. And so my “yes” came from a quick cost benefit analysis, a gut feeling, and a lot of love. I can’t fault that.

But the truth, the reality, is far darker and more complex than what flashed through my head on that autumn afternoon in Victoria Park .

The reality is, quite frankly, terrifying, if you think about it. (er…note to self, take more than 0.5 seconds to make Big Life Decisions in future). You have two separate human beings who have made a promise to stay together through whatever, and I mean whatever, life throws at you. It’s about two independent entities who have promised to be a team the very worst and twisted of what this life can offer. It’s about promising “no matter how much I change, I will still put you first”, and it’s about promising “no matter how much you change, I will do my very best to be what you need me to be”.

And how do you reconcile that with promising to stay together with one person, forever?

I guess what I’m saying is; there’s a widespread belief that married people have got it sorted. That they know something everyone else doesn’t. That they’ve figured out the holy grail of How To Make A Marriage Work.

Newsflash!: We haven’t. We haven’t got a ruddy clue.

Married people don’t know better. They’re still groping through the dark, trying to figure out how to navigate a tiny two-person boat through the stormy waters of life, same as anyone else.

The difference is, they are willing to jump, both feet in. The difference is, they believe in their capacity, and that of the person they married, to overcome , to bat back whatever hardballs life throws at them, to handle it when the perfection becomes imperfection, and when the magic turns sour. They have said I want, I can, I will put this marriage first, even when it’s the last thing I want to do, and even when I’m sure I can’t.

And to me, that’s what marriage is. It’s not a happily ever after, it’s not a fairytale, and it’s not a pre-defined script. It’s one huge jump, in which you grab the hand of someone who is worth the risk, and you do not let go. 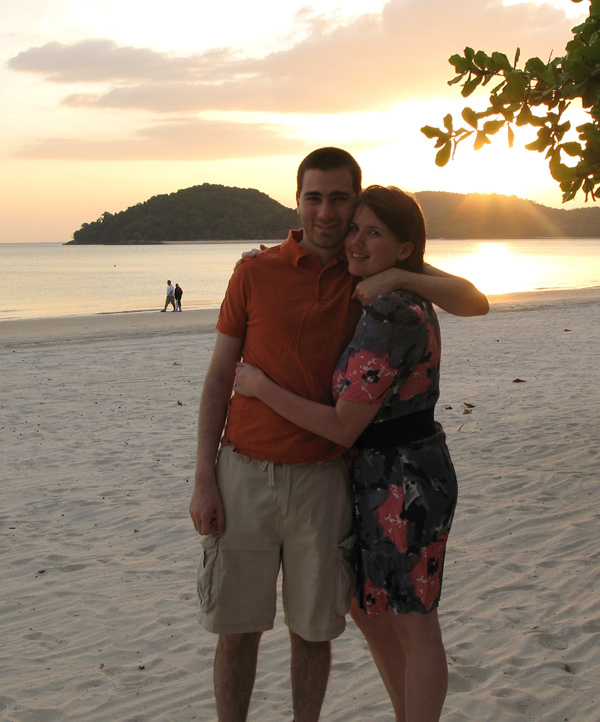