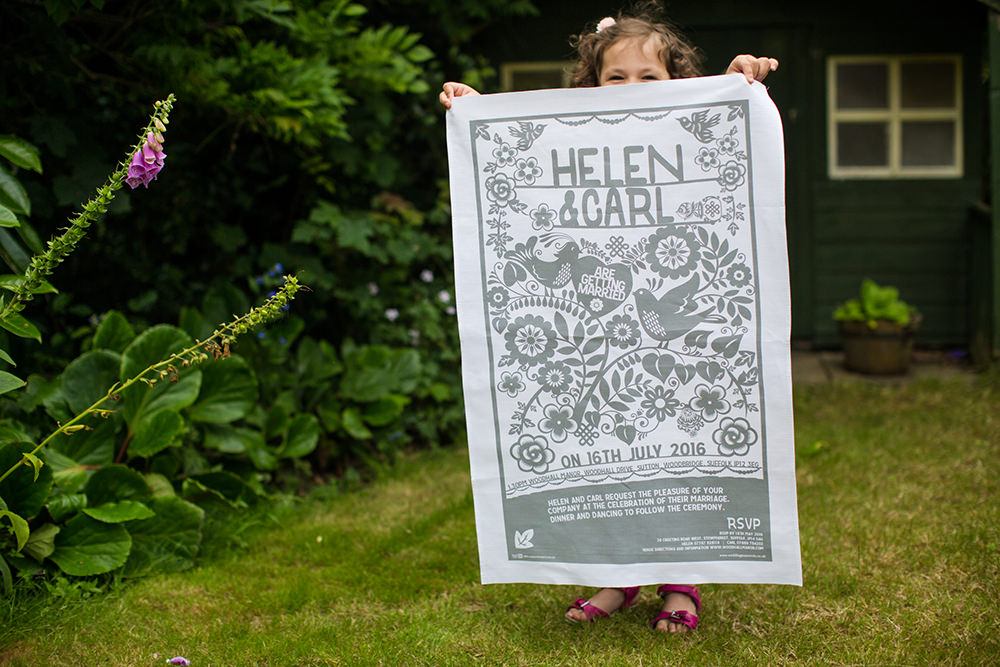 I have to say, it was a complete no-brainer to invite The Original Wedding Tea Towel to join The Love Lust List. In fact, I love their wedding tea towels so much I even tried to work out a way that I could get my hands on one despite my own wedding being years ago now. Completely unique, these gorgeous screen printed cotton tea towels contain all of the information usually found on an traditional paper invitation, whilst providing your guests with a super cool keepsake which will remind them of your special day every time it’s pulled out the drawer. Not content with just creating a brilliant product, Ben and Karen deliver some of the best service you could experience, and we love putting you in touch with downright lovely people! Let me hand you over to Karen to tell you a little bit more about The Original Wedding Tea Towel.

END_OF_DOCUMENT_TOKEN_TO_BE_REPLACED 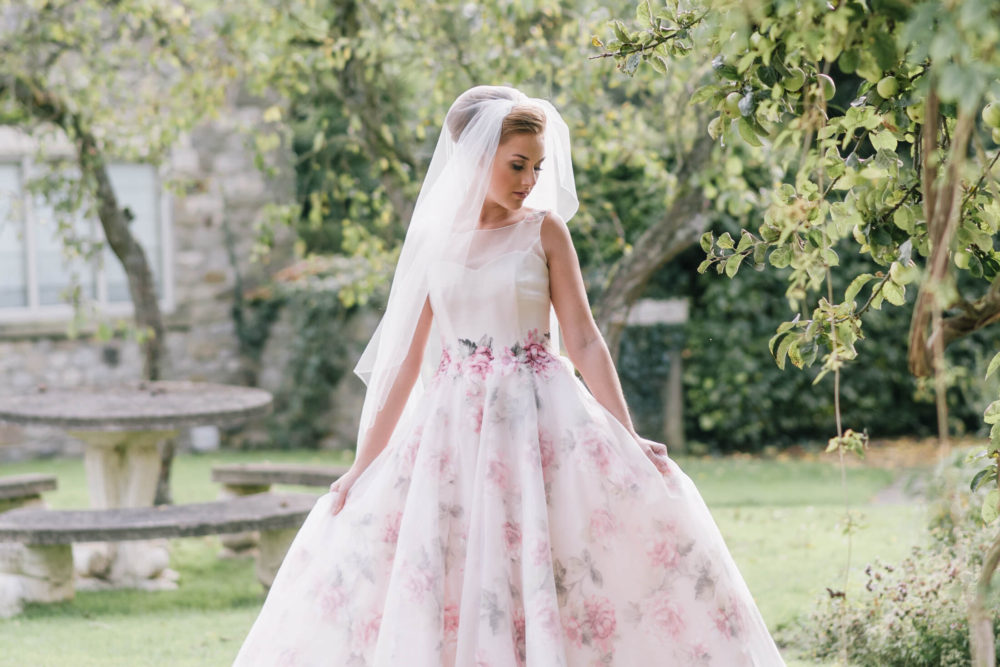 Shopping for The Dress should be one of the most exciting and special experiences of the planning journey, so when we hear tales that tell us otherwise our heart sinks. This is probably the most expensive dress you’re ever going to treat yourself to, and more importantly, the dress you walk down the aisle to the person of your dreams in. It’s a biggie. It’s a good job then that The Little Pearl Bridal Boutique has made the market town of Pickering in Yorkshire its home, and is on a quest to ensure all brides to be have a wonderful, personalised bridal experience. Becoming one of #PearlsGirls means you have had incredible service, built up a wonderful relationship with a team who take a genuine interest in the day you’re planning, and perhaps most excitingly, have picked the dress of your dreams from a truly a stunning collection. Oh you ladies up North sure have got it good! 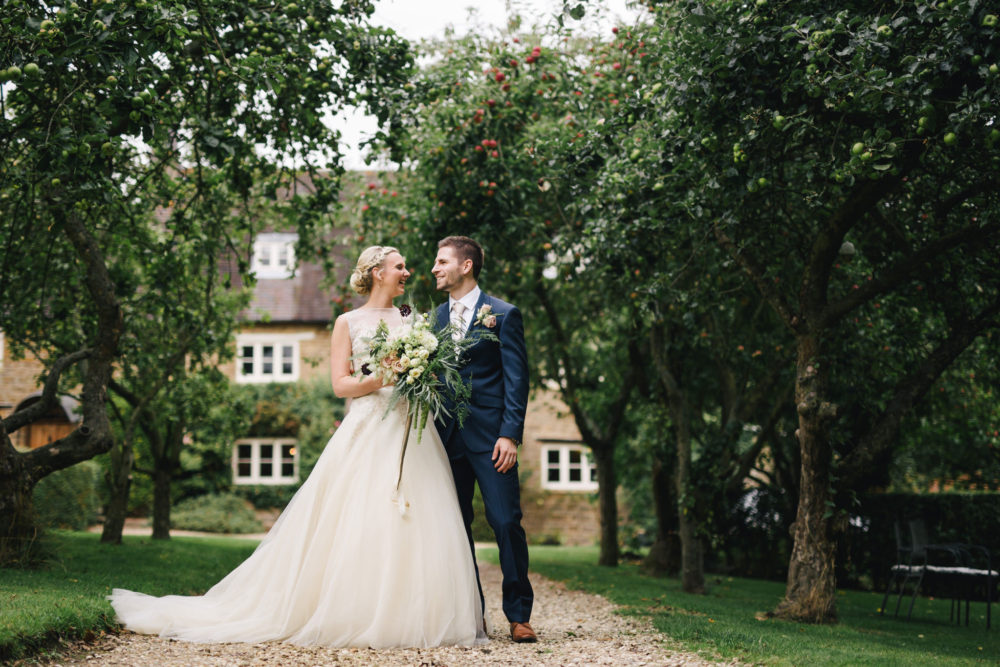 How blooming’ good is Cat Lane at capturing the visual story of your wedding day?! Cat’s aim is to seamlessly blend into your day and photograph your wedding without ever being intrusive and from the glowing testimonials from gorgeous couples I think she has absolutely nailed that. So if you’re looking for stunning, relaxed portraits as well candid moments from your nearest and dearest look no further. 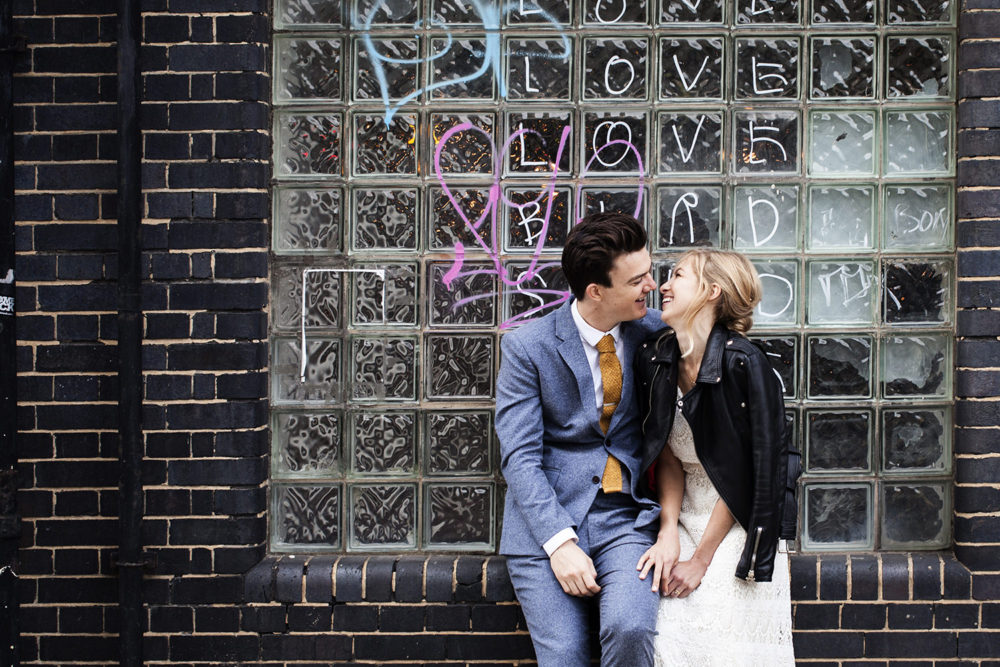 I’m not sure I’ve ever come across a photographer who captures quite as many smiles, and quite as much fun as Joanna. Honestly, take the time to click through her portfolio and you’ll find yourself grinning like a cheshire cat because the happiness is seriously catching, it jumps right out of the page! We absolutely adore Joanna’s bright and playful style, with every single bit of fun from your day captured completely unobtrusively, along with all the heartfelt love and emotion. Sounds like a pretty brilliant mix, don’t you think? 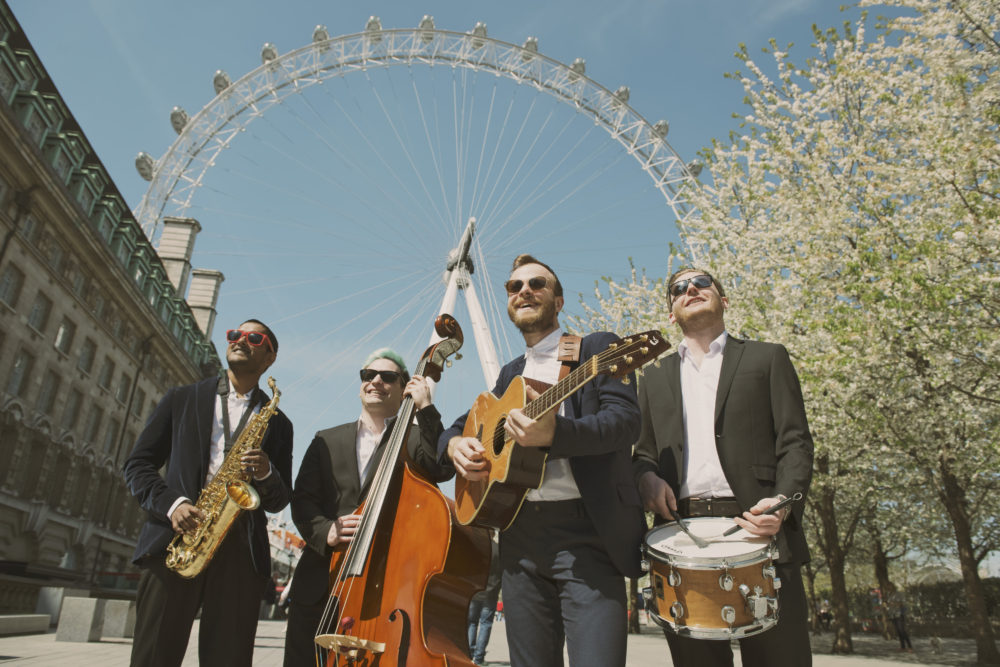 I can’t lie, when I first read about The Wanderland Band I had to scratch my head a little at their “roaming band” terminology. Despite being a pretty die hard music fan, to say I’m not au fait with roaming bands is an understatement, but heck, I have been missing out! Just in case you have been too, I’m really excited to introduce you to The Wanderland Band, the UK’s leading acoustic roaming band. It really doesn’t take long for The Wanderland Band’s music to get toes tapping and fingers snapping. So that’s the band bit covered, but what about the roaming?! Well, it kind of does what it says on the tin (I think I may have been overthinking it). Whilst performing, the four super talented musicians freely roam around your venue, completely captivating and engaging all of your wedding guests. This isn’t just great music, it’s proper atmosphere, and that, my friends, is the recipe for brilliant wedding entertainment. 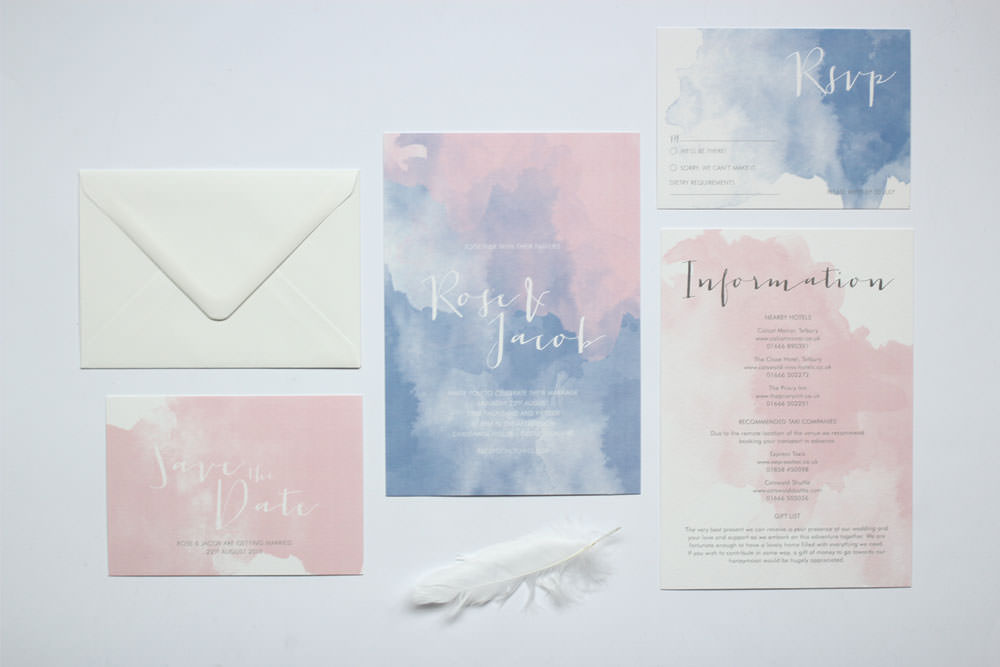 You see the stunning watercolour stationery suite up there? That has caused me some serious, serious swoon in the recent weeks since Emily Rollings joined our handpicked wedding supplier directory, The Love Lust List. Nothing sets the tone for your wedding quite like luxury paper goods landing on the door mat, and Emily does luxury incredibly well. She has created a drop dead gorgeous range of elegant and unique wedding stationery to fulfil all your paper dreams, and is super lovely to boot, taking a genuine interest in each and every one of her couples and their plans. Whether you fall in love with the beautiful, customisable paper goods featured here, or go all out bespoke, the sky is the limit. You can even introduce stunning letterpress thanks to the plethora of skills housed in Emily’s studio, and nothing makes an impression quite like letterpress. 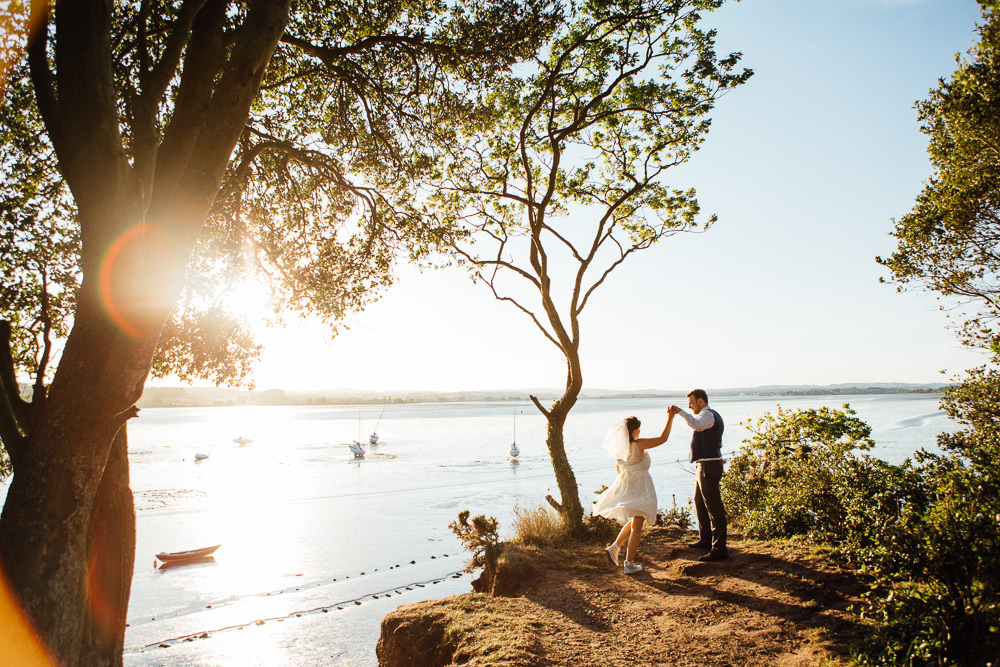 Over the years it would be fair to say that we’ve got a pretty good handle on the style of photography you gorgeous lot favour. When we hear from you, time and time again, the words that crop up are natural, creative, unobtrusive, and more of a very similar ilk. There’s genuinely nothing we love more than finding amazing suppliers who fit with your wants, and Matilda Delves is no different. Her style is beautifully natural, and when you look through the images below, I bet you won’t find a single one where the emotion isn’t conveyed in it’s entirety. In fact, I would say that it’s almost a wonder how these moments of unadulterated laughter, and head over heels in love are captured; it really is as if the people within are completely alone and lost in the moment. 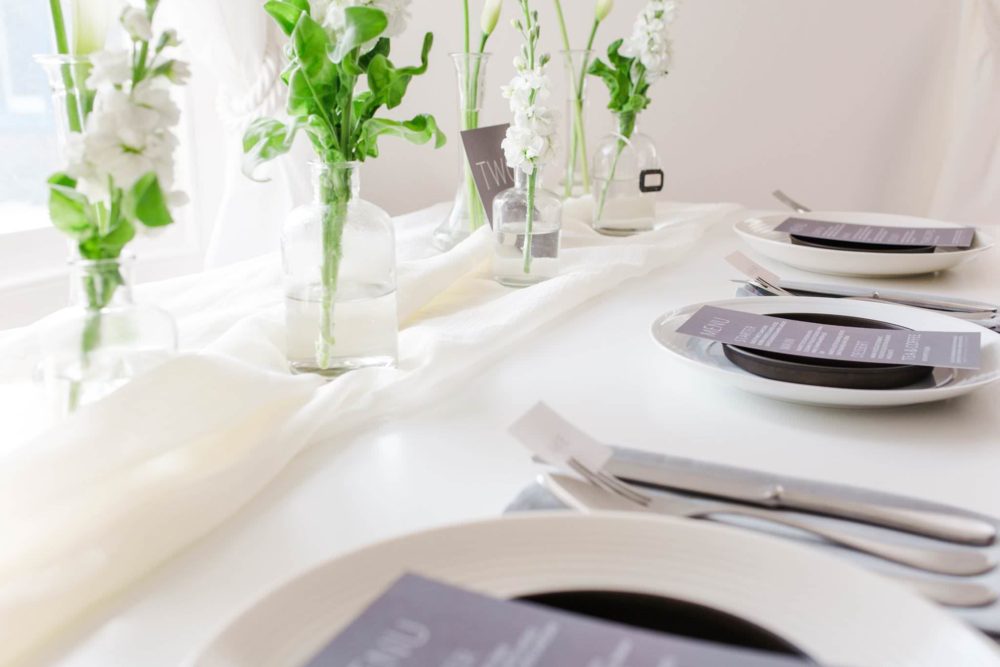 I love stationery. It’s been that way for as long as I can remember. There was only one exciting thing about going back to school and that was the haul from WH Smiths. Fast forward a few years (ahem.. quite a few years), and whilst I still adore a new notebook, the real excitement is now garnered from discovering an incredible stationery supplier to share with you! I absolutely love the simple, fresh stationery which the ever so lovely Emma of Quints of Jersey creates, and her passion for creating something beautiful and unique in each and every project is laudable. I’ll hand you over to Emma now, to tell you a little more. 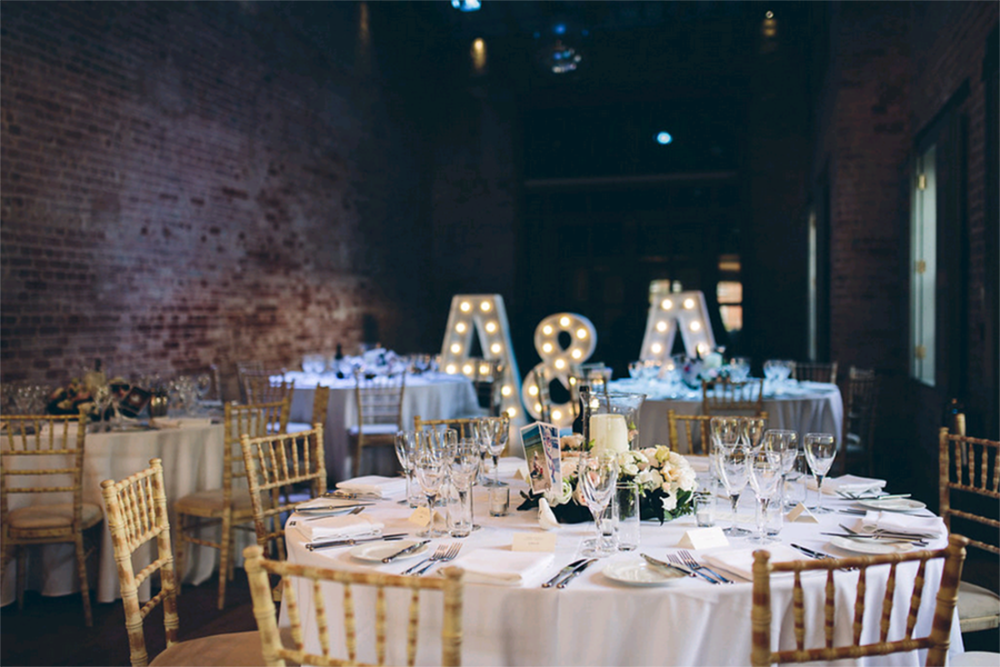 If there’s something important to say, what better way than to say it in lights? Reminiscent of fairgrounds and old school cinemas, oversized light up letters are the perfect piece of wedding decor. I, for one, think they make for brilliant photographs, and when you’ve just acquired a brand new name, letterhire.com‘s 5ft light up letters seem the perfect way to shout about those new initials, don’t you think!?