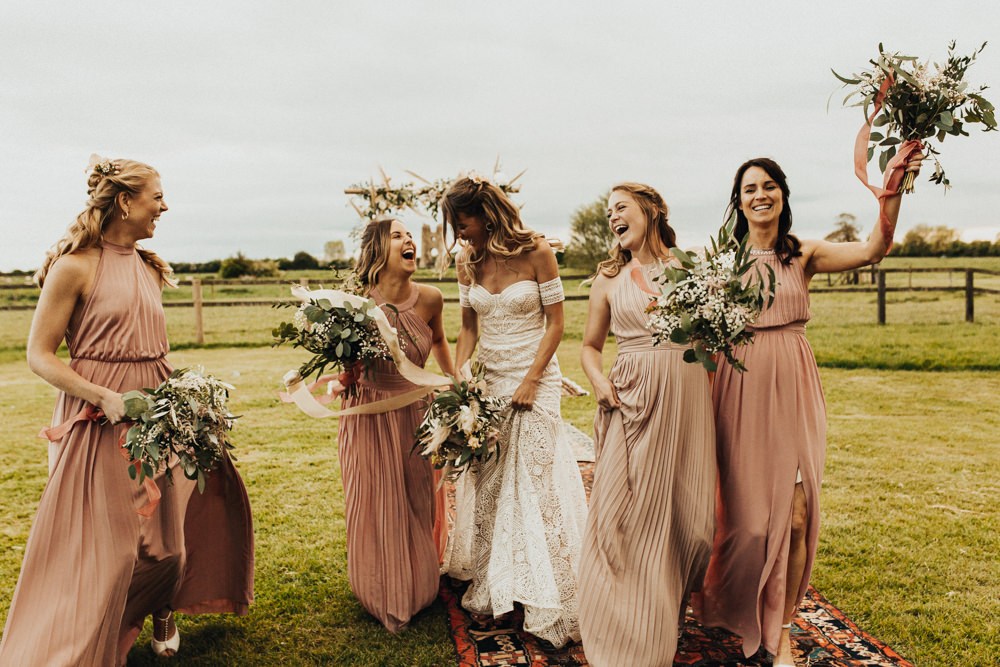 If you’ve read our post, 10 Tips For Choosing Your Perfect Wedding Photographer. then you will be well on your way to whittling down suppliers for your wedding photography. You may have one in mind or maybe you want to meet up with a couple before you make your final decision. Go ahead and ask them these really helpful questions to make sure you book the one that best suits your needs. You’re welcome 🙂

END_OF_DOCUMENT_TOKEN_TO_BE_REPLACED 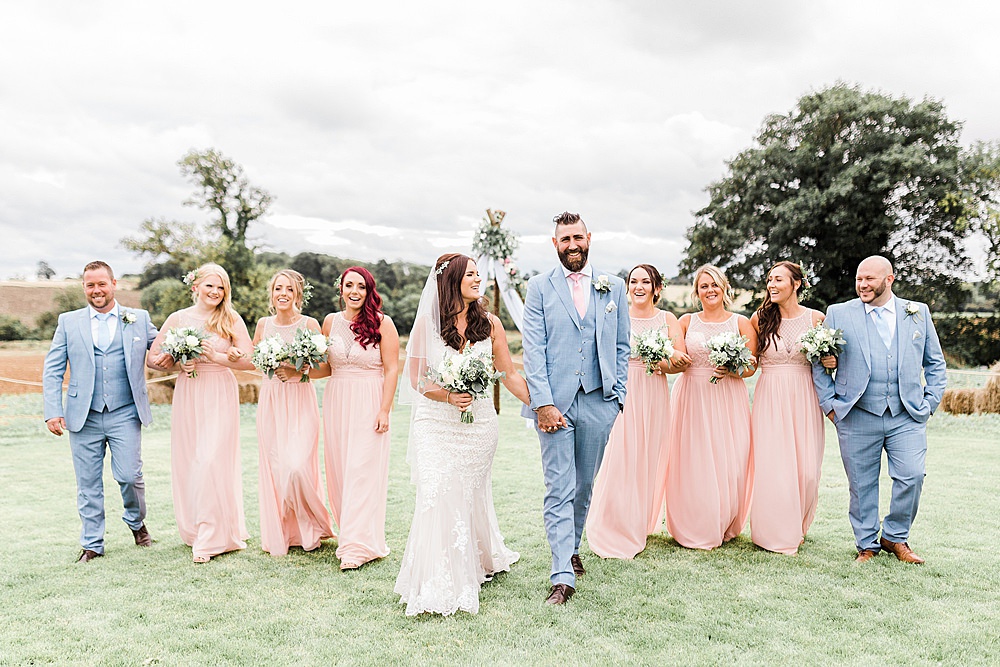 Guys this competition is seriously epic! I’ve been so excited to share it with you all today. The amazing Terri and Lori are offering one lucky Rock My Wedding couple FREE PHOTOGRAPHY AND VIDEOGRAPHY for their 2020 wedding. And not just a watered down version of their package, but this includes ALL the bells and whistles, as you’ll see below.

Terri and Lori are both such lovely ladies and shoot in the most dreamy, light filled fine art style – it would be incredible to win this prize for your wedding day. Plus you’d be able to put a little more of your budget into food, your dress or perhaps even the bar!

Interested in entering? Read on to find out exactly how to enter and to see more of Terri and Lori’s work… 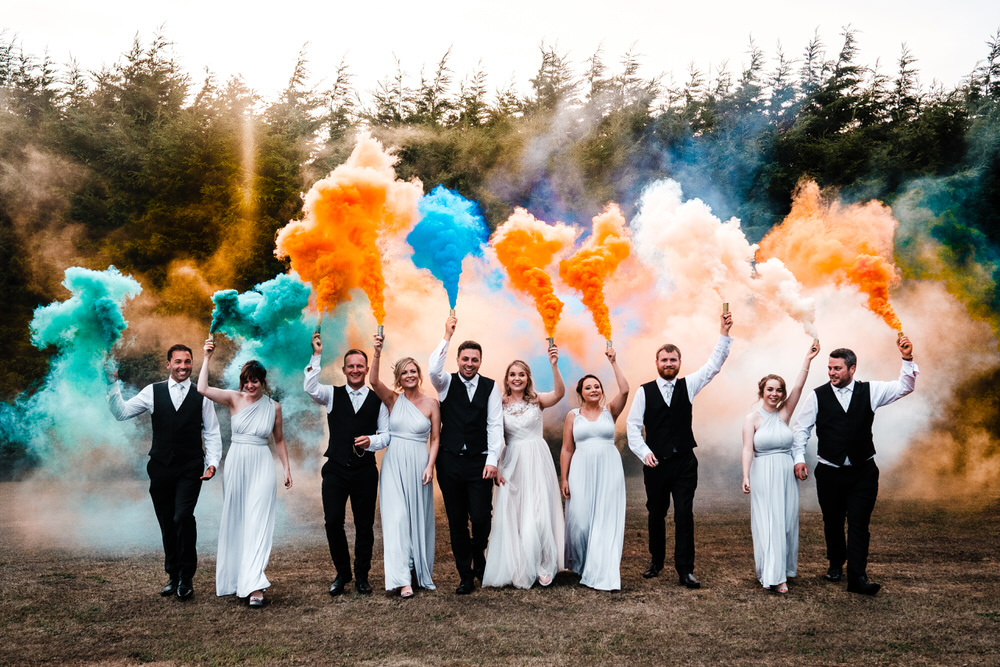 When it comes to wedding trends, as a team, we’re usually pretty united – give us flower crowns, foliage installations, a doughnut wall and some festoon lights and we’re a happy bunch. I guess that’s why we all work here at RMW.

But this year, smoke bombs are back. And it seems there’s nothing more divisive than a smoke bomb. A lot like marmite – you either love them or hate them. Which camp are you in? Let’s see if we can change your mind… Chances to win wedding photography from incredible photographers are few and far between, which makes today’s competition launch extremely exciting. The wonderful Jo from Enchanted Brides is offering one lucky couple FREE PHOTOGRAPHY for their elopement wedding. That’s a 6-8 hour elopement photography package, a personalised wooden box with a selection of 30 prints and a USB, as well as an online gallery of your gorgeous images up for grabs. All from a RMW recommended photographer whose images make our hearts soar… 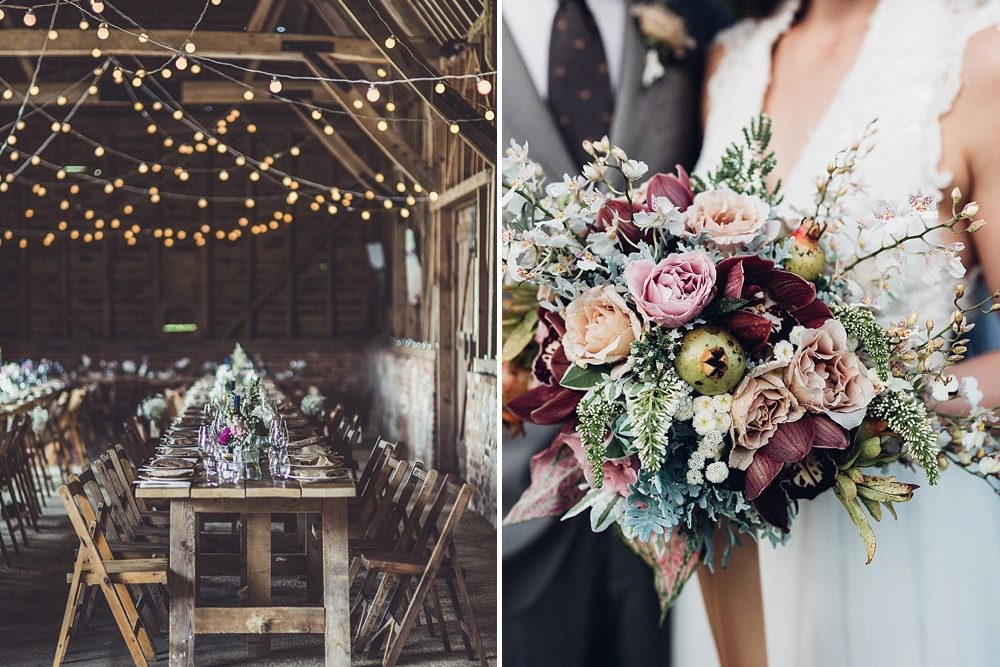 When it comes to wedding photography, as a general rule, we’re really not prescriptive. Whether you love natural and documentary style shots, or whether you prefer a more formal approach – as long as the quality is fabulous, we love it all. BUT, there are some images from your big day that you’ll want to treasure forever and any photographer worth their salt will be trying to absolutely nail for you. Want to know which ones we’re talking about? Well, you better read on… 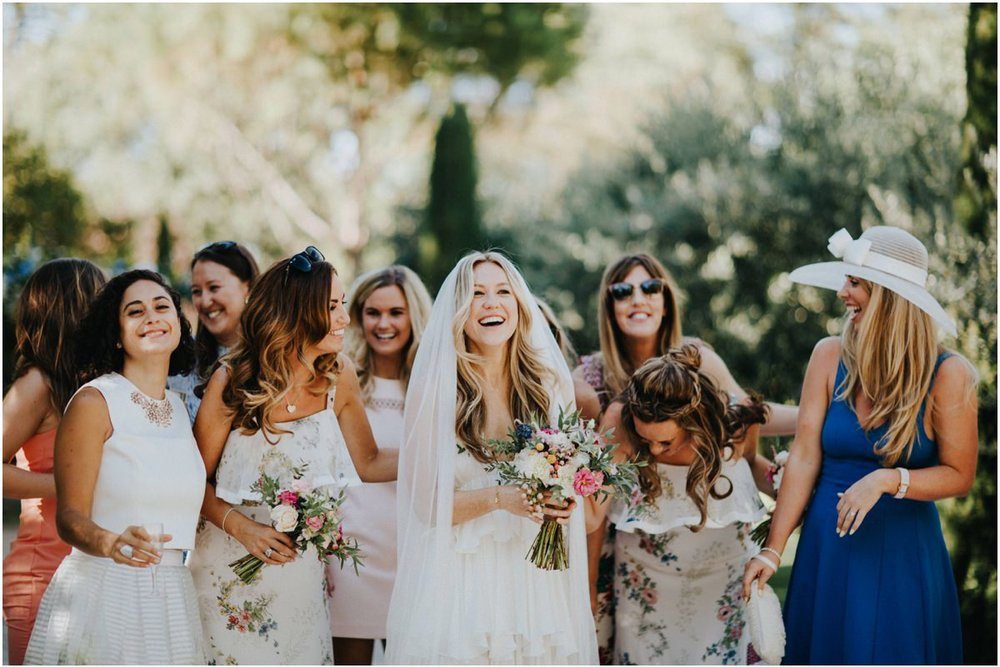 There are many, many, MANY amazing photographers out there and choosing between them is no mean feat – I’d go as far to say that there probably isn’t one for you – there are several who would do an excellent job of catching the wonderful moments from your day and bottling them forever. But finding the right wedding photographer needn’t be a daunting task. 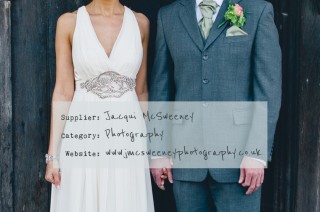 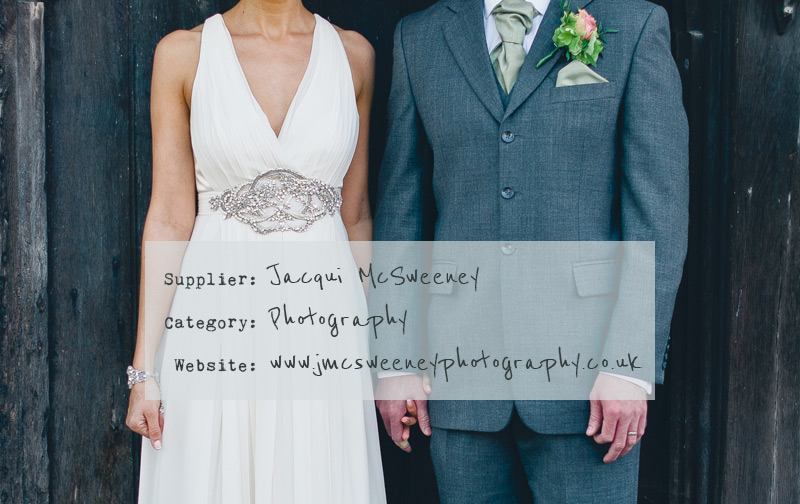 “Photography means everything to me, I love the whole process:  from daydreaming about how I’m going to execute an idea, through to the creative storm that is the actual shoot, the post production and best of all, your reaction when I show you the end result.”

I’m  Brighton based  and have been happily working in Europe and the UK as a professional photographer for 15 years, shooting weddings for over 10 of those. I have never worked to out to the exact figure but I think I have shot more than 300 weddings, every one of them different to the other. I’m really lucky with my clients, they are usually really into photography and have a good idea of what they want.

More & more now we have already had a pre wedding shoot before the big day which means by the time the wedding comes round we’ve spent time together taking photographs, getting to know each other and generally having some fun. Even if we haven’t had the chance to have a shoot before your wedding we’ll have talked in depth about your vision for the big day. Packages range from small mid week weddings through to all day shoots where I’m with you through to the first dance in the evening.

I love what I do and I love that I get to work with cool people on something as important as your wedding. Get in touch and let’s talk about what it is you’re looking for. 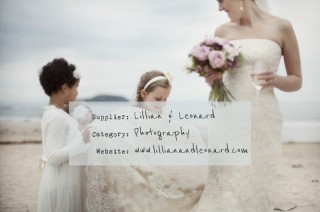 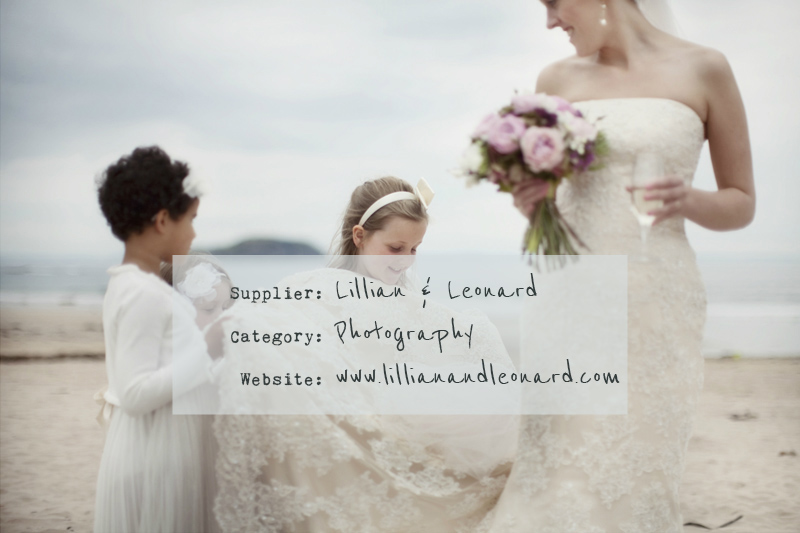 Lillian and Leonard Wedding Photography are Cara and Nye (the business is named after Nye’s grandparents, who were married for over 60 years). They are a husband and wife team based in South London who met and fell in love at art school many years ago. 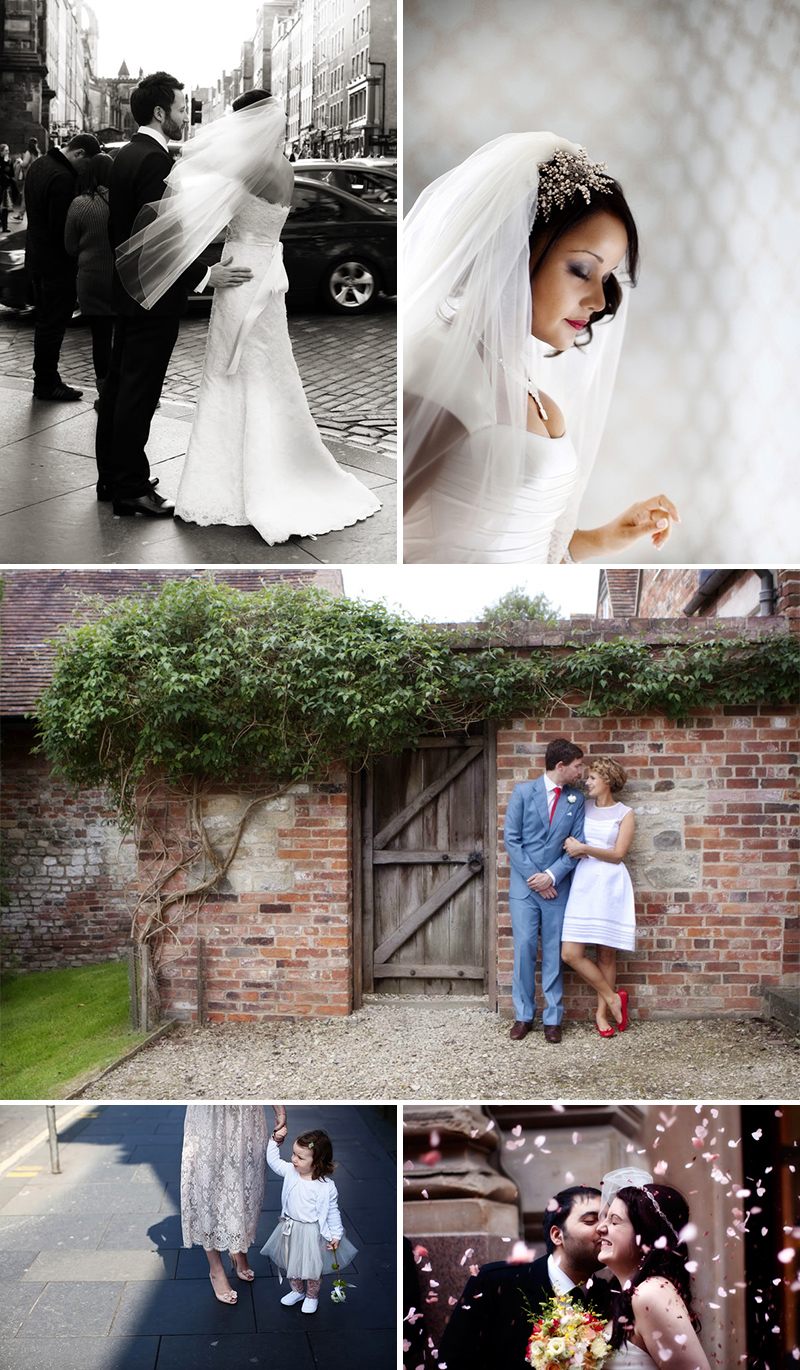 Their style is classic documentary photography seen through a romantic, fine art eye. They believe that there is beauty in every wedding, that the smallest moments can tell a whole story and that being asked to capture a couple’s love for the future is a huge, huge honour. Other people have described their work as ‘honest and real, yet a million times more beautiful than reality’, which they think just about sums it up. 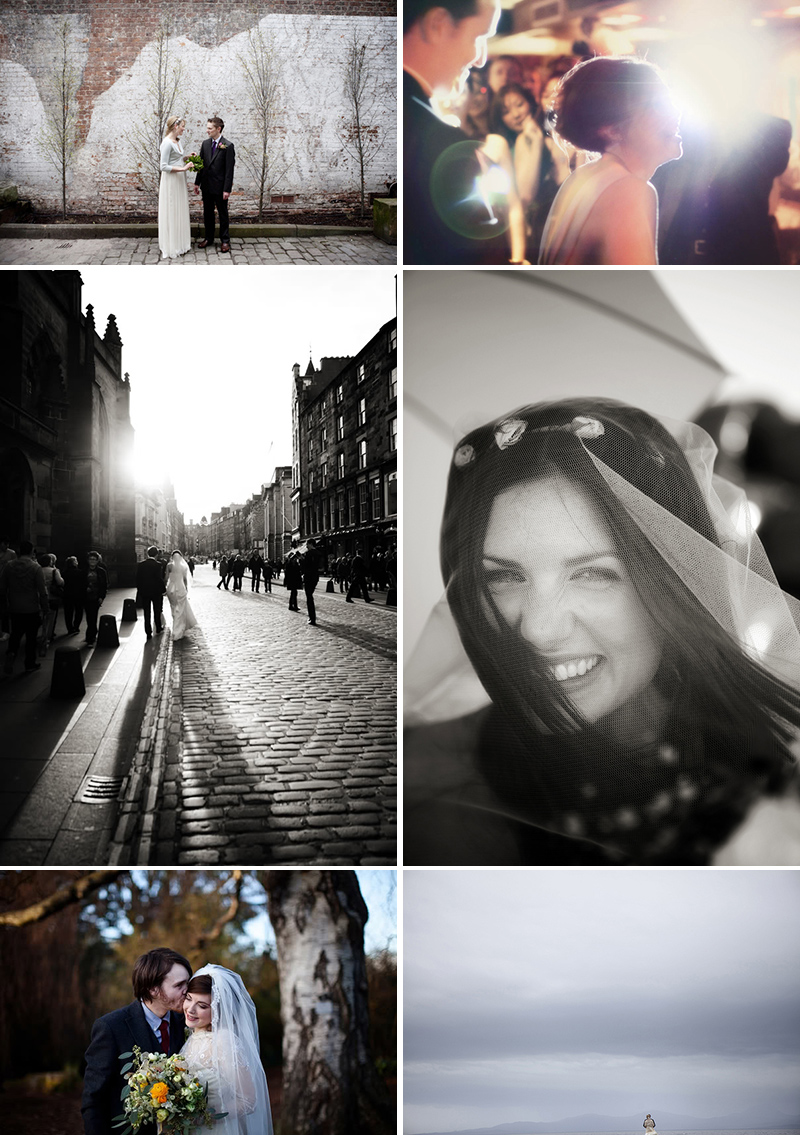 Lillian and Leonard Wedding Photography are based in South London but they travel throughout the UK and Europe. 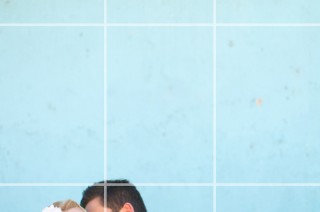 Everyone likes taking pictures at weddings.

Of course more often than not there is professional photographer in attendance but they can’t be everywhere, all of the time.

Because I am into photography, and because I do this wedding blog job thingy I often get asked things like “What’s a good camera to take wedding pictures with” or “How can I make my photo’s look like such and such…”

My answer?… well, I quote the saying “The best camera is the one that’s with you.” I don’t know who said it originally (maybe one of you can enlighten me?) but who ever said it was a right old clever clogs no mistake.

Digital camera’s get better all the time, and smartphones are pretty handy picture boxes too… And in this day it’s the smartphone that’s most like to be “the one that’s with you” for the vast majority of the time – so use it. This afternoon I thought I would share just a few tips that might take your pictures to the next level, no matter what camera you are using.

The Golden ratio, or the rule of thirds as it is also known, is a clever guideline for photographs. It suggests that images are pleasing to us when the subject matter falls within an imaginery grid that divides the composition into thirds. It sounds a little off the wall but you might be suprised at how many great images follow the golden ratio. 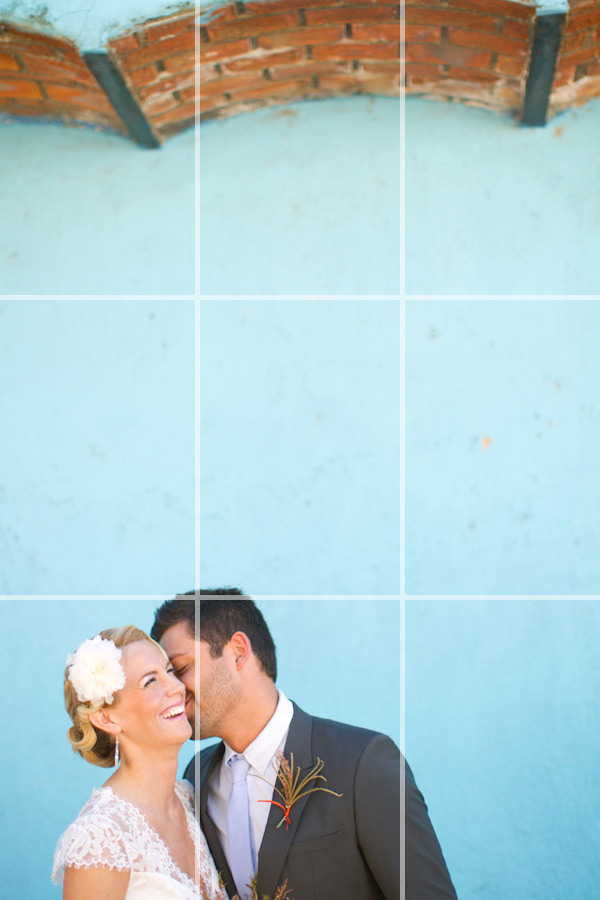 A lot of digital camera’s including the iPhone have a setting where you can turn on the Golden Ratio grid on the LCD preview screen so you can check and see if your composition is following the rules.

The three images below strictly follow the Golden Rules… And they look great.

Cropping can really change the dynamic of a picture. It’s a really funky trendy thing to do at the moment and you’ll see it a lot in wedding photography… It can make images look fun, dramatic and quirky. Don’t be afraid to hone in one one detail and crop everything else out of the frame.

Getting right up and in the face of your target, whether its a bride, groom… or a dog! can really bring out the character of your subject. The super blurry backgrounds that pro photographers manage to get on their portrait shots aren’t quite achievable without investing in some serious kit but you can have a go at this effect yourself. The trick is to get as close as possible to your subject (try not to scare them away) and make sure the bacground or the bits you want to blur out are as far behind the subject as possible.

If your camera has a macro setting on it for close-ups then switch it on – it will help with the effect. 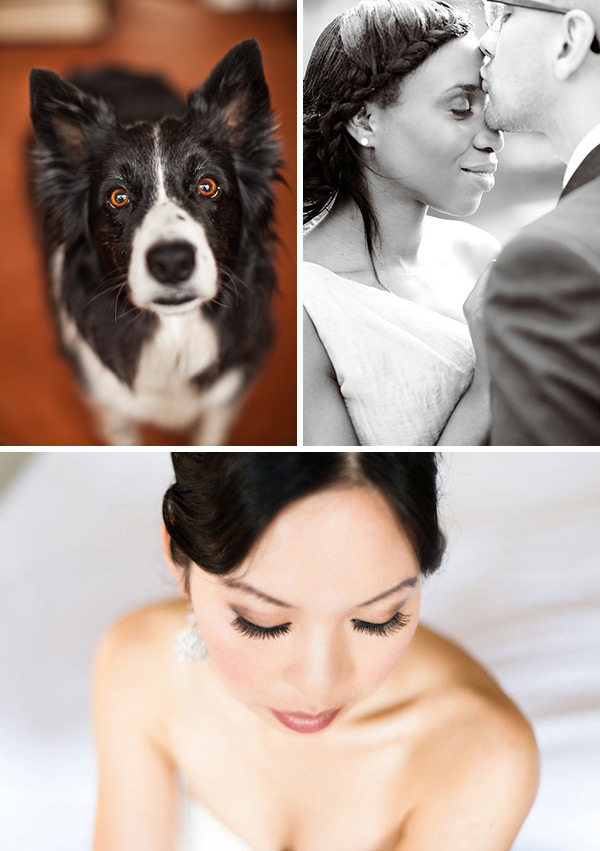 I guess at weddings you will often wnat to take shots of groups of people and you may be a bit fed up of the same old boring shots. Well, that is an issue that plagues the pros too. Recently Jordan from Source Images wrote a peice for us about this very subject. It’s called Group Shots… And How To Make Them Awesome. 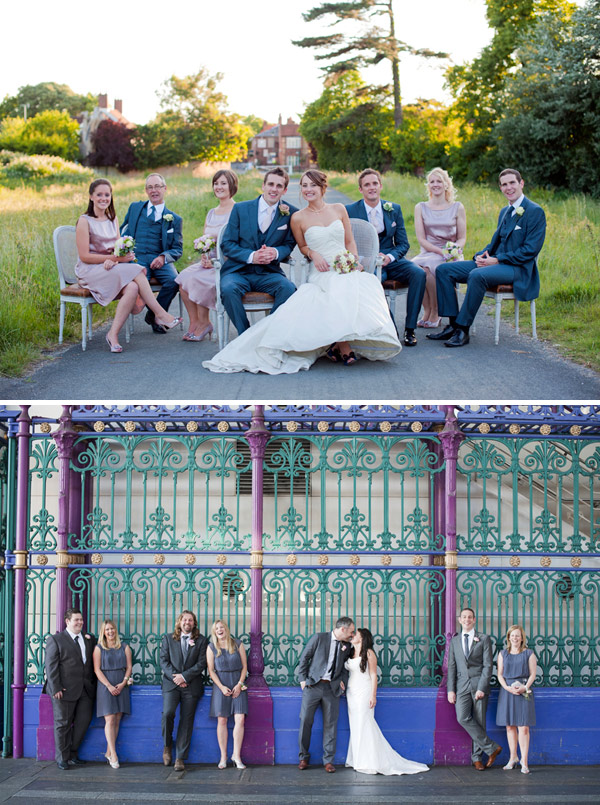 Finally, and this one is a really good tip – make sure you aren’t tied to your camera all day long… Things just aren’t as enjoyable if you view them through a three inch LCD screen.

Anyone else got any good Friday afternoon photo tips to share?