When recently married reader Kerry contacted me with this article, it really resonated. Wonderfully written by Kerry, I nodded my head vigorously throughout. Have a read and let me know what you think. Fern x

A few months before my wedding this year, over dinner one evening, my friend asked if she could be introduced before her speech as “The Best Woman”. We’d been deliberating her title, as weren’t quite comfortable with “chief bridesmaid” or “maid of honour”. The former seemed an Americanised and try-hard modern term, born out of desperation to stamp out the contrastingly old-fashioned honourable maid (images of a smug older cousin or family friend elected out of family duty rather than choice spring to mind). Who is this honourable woman? What if your best friend is a scandalous, hilarious and C-word blaring minx of a woman – does she not fit the bill?

When we announced our engagement, many people excitedly enquired as to whom the best man was going to be, then they asked me how many bridesmaids I was going to have. Quality vs quantity. To reverse this situation and for people to ask me who my best woman was, and then to him as an afterthought “And how many ushers are you having?” seemed sadly an almost ludicrous scenario. There was a definite disinterest in the role of my chief maiden bridesfriend person in comparison to the best man, and I’m sure this isn’t an isolated case. 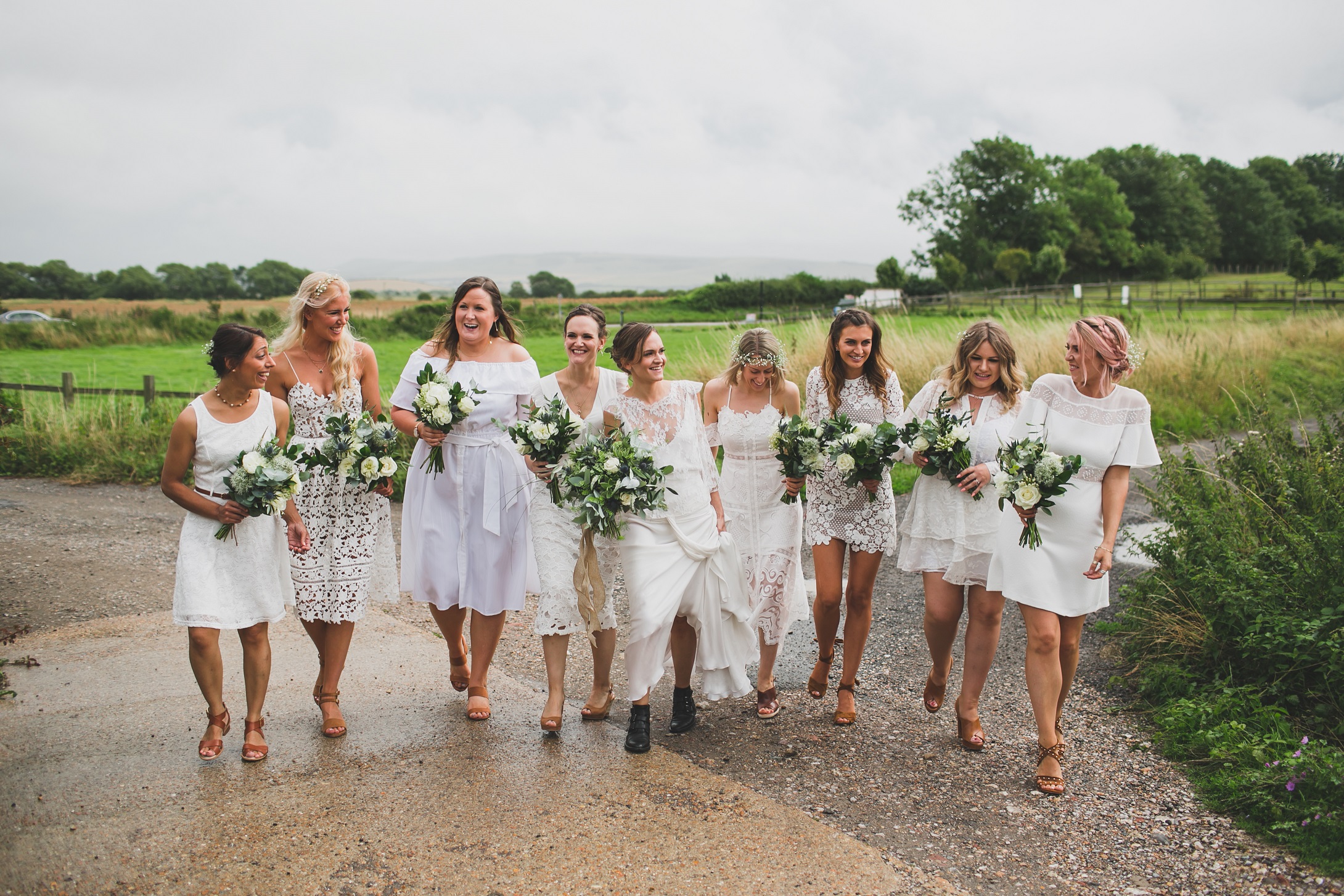 Is this because historically the best man tends to make a speech and the maid of honour doesn’t (don’t get me started)? Or, more worryingly, is it because society has placed more integrity on male friendships than on female? The situation of brides choosing their less attractive friends as bridesmaids -or at least giving them god-awful dresses – to ensure they aren’t outshone on their special day, has become a widely revered concept, highlighted in films such as “27 Dresses”. Does this really happen? Are there actually any brides out there who are so self-hating that they want to make their supposed friends look horrible in the hope that they themselves will appear more physically appealing in contrast? Hopefully very, very few. So when this hilarious concept is brought up so lightly, I find myself irritated at the belittling of female friendship and the assumption that vanity and bitchiness is so rife. Having been a bridesmaid In the past; I can safely say a bride has never inflicted this ridicule upon me. My bridesmaids chose their own different dresses and I was in awe of how god damn foxy they all looked.

Historically the role of bridesmaids and groomsmen was to protect the bride and groom from evil spirits who were thought to be attracted to such a joyous occasion. By dressing the same as the couple in a suit or a white dress; they acted as decoys so that the pesky spirits wouldn’t be able to work out who the true bride and groom were. The best man is so-called because the groom was expected to pick his best swordsman in case of any trouble from the in-laws, or if the bride changed her mind and required kidnapping…

Fortunately nowadays a best man is only tasked with organising the stag, doing a risqué speech and ensuring the groom bloody well turns up. But usually the equivalent is also often asked of the maid of honour, and much, much more. Not only did my best woman endure months of me asking advice on many a mundane topic – from fishtail plaits to hiring of electric generators – but also acted as a florist (getting up at 6am to hit Covent Garden flower market) and my make-up artist on the day {insert multi-tasking female joke here}. 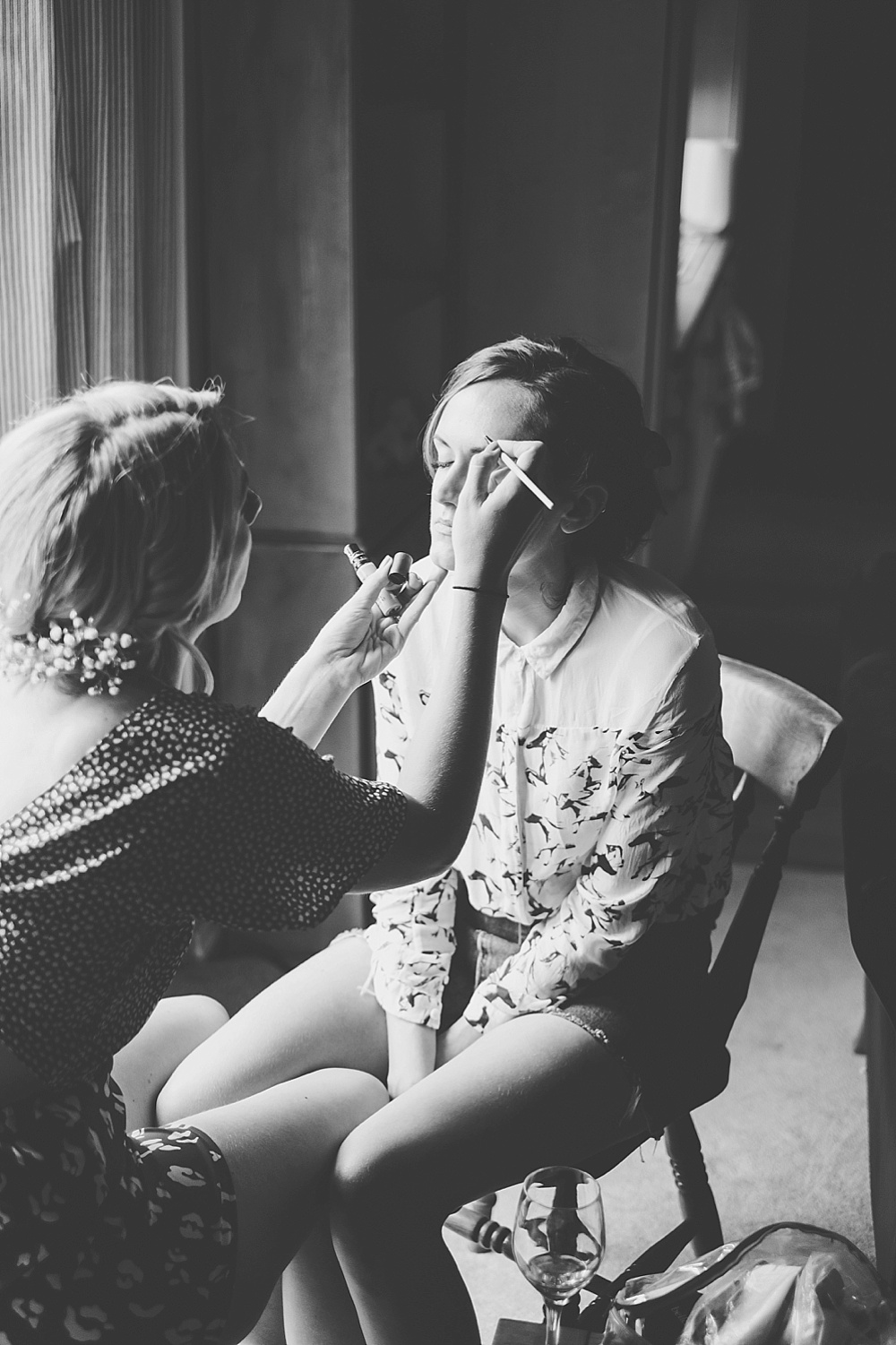 Bridesmaids have endured years of vapid compliments in speeches, along the lines of “I think you’ll all agree that the bridesmaids look spectacular” from a well-meaning male, at an all-male-speeches wedding. Their behind the scenes work on the wedding – not to mention friendship with the bride – often going unmentioned. Fortunately times are a-changin’; as are many outdated wedding traditions. The singleton-shaming bouquet throwing spectacle has been ditched by many (big up to the Sex and the City writers for years ago making the four girls look distastefully upon a thrown bouquet before stepping over it in unison). Many brides are also choosing to do a speech, as are their bridesmaids, and these speeches are an outlet, an opportunity, a PARADE of the joys of female friendship.

My best woman stepped up to her title; delivering the knockout speech of the day and being the most lusted after lady of all time (our male friend informed me the following day that she was the talk of the men’s toilets). Her speech and, I believe, her title made her an integral part of the day. People knew who she was and what she was about, they’d come up to congratulate her and introduce themselves throughout the day. She wore her title like a badge of, well, honour, and it suited her. 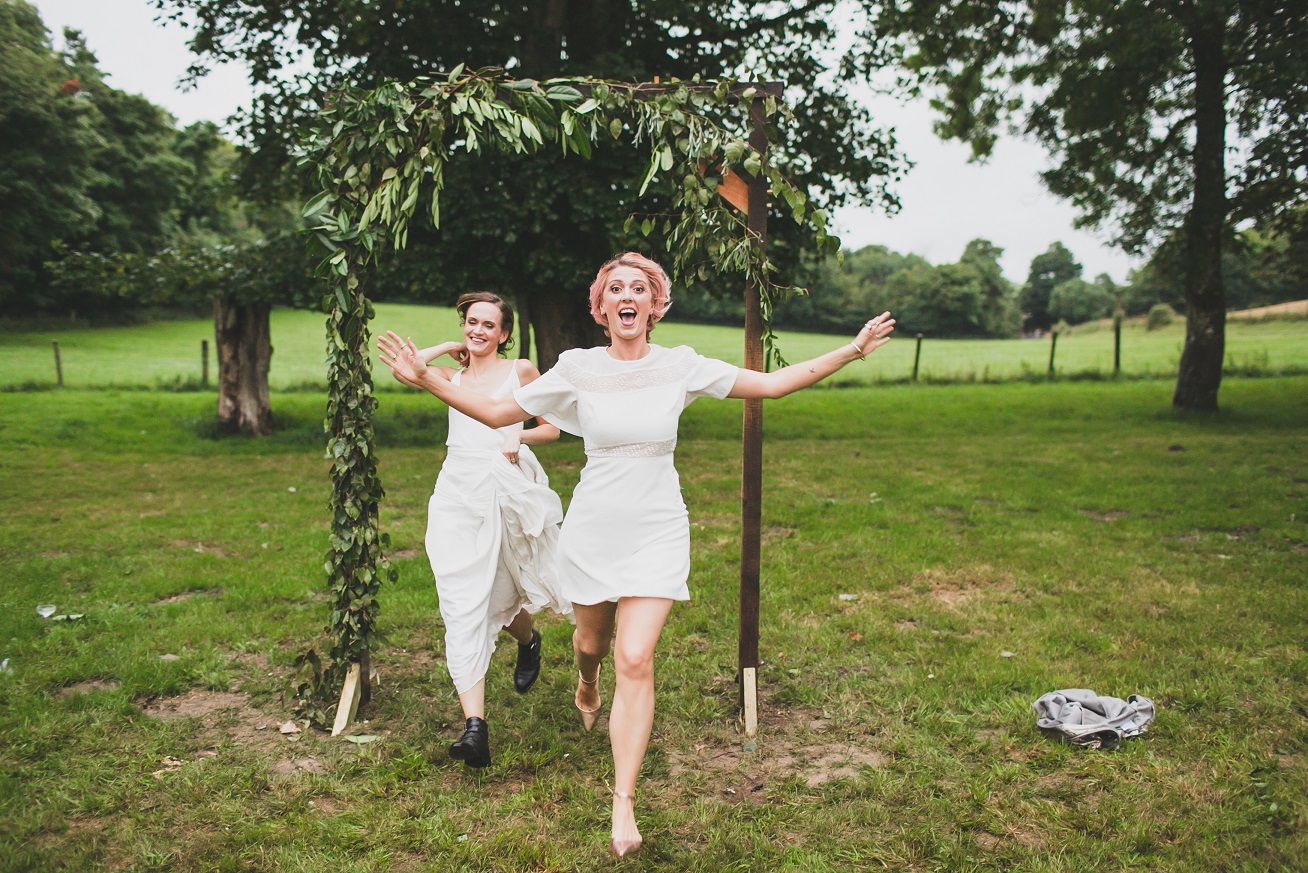 {Kerry & her Best Woman on her wedding day}

So let’s start raising our bridesmaid game. Pick a best woman and then bloody well celebrate her – if you can’t choose one person, then have two (numbers will surely come in handy if the groom requires kidnapping). Don’t make her do a speech but give her the necessary platform and encouragement to enable her to do one if she wants to. Tell people about her; her name, how ace she is and why you chose her for the role. Tell them how you’ve likely known her for longer than your fiancé , and how before him; she was your person. Maid/ Maiden/ Matron/ Mate/ Woman, honourable or not – because really, who gives a shit – but best, definitely best. My best woman was just that: the best woman I knew, and I could not have bared for her to be sitting honourably behind the best man, looking beautiful, and saying nothing.

Fern spends most of her time dreaming about weddings and trying to convince her long-suffering boyfriend to propose. Lucky enough to live in sunny Cornwall, if you need her – you’ll find her at beach.
Tags:Bridesmaids

4 thoughts on “The Rise Of The Best Woman”