A pinch and a punch, everyone. That’s right, it’s December 1st, so there are six months and six days to go until W-day! 189 DAYS! Eeeeeek!!

Every single one of these 12 weddings has captured the essence of the couple getting married beautifully. Perhaps I’m biased, but the ‘your day, your way’ philosophy shone through at each one, and Mr A and I had an absolute blast! Mr A was an usher at three of them, and wore his lovely suit for the others, only having to worry about his shirt/tie/shoe combo. I, on the other hand, had to find TWELVE outfits! I only doubled up once, although I may do so again for number 13! I borrowed a few dresses, and bought the rest in vintage stores, high street sales, and charity shops. Most spent on a dress? £42.00. Bargain 🙂

And on the theme of outfits, after many months of discussing bridesmaid dresses, we’re sorted! We looked at dove grey, slate grey, ivory, mink, sage green. We looked at mismatched designs in the same colour, the same designs in different colours, long, short, and everything in between…

One thing remained constant – we would have them made. I found Dot – the loveliest dressmaker – and we’d arranged to meet in January, with all the bridesmaids…

Then I saw this. 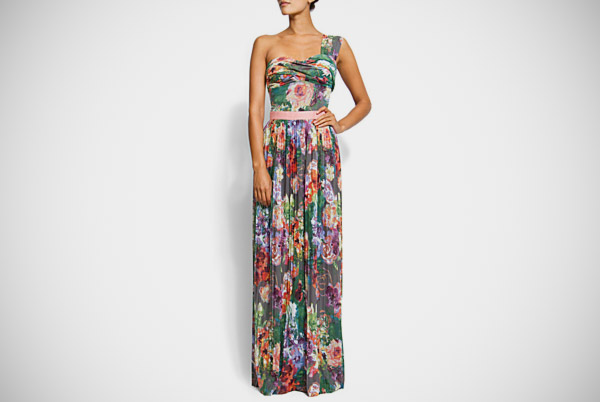 I fell in love with it instantly. Out went an email to the girls. They loved it too, so I went online to order them. SOLD OUT. I kid you not! Gutted.
Fast forward two weeks, a call to Mango customer services, a lot of time spent stalking the Mango website, and people returning the dresses, and we finally have all five. Hurrah! ☺

Two of my bridesmaids and I visited Dot this weekend. She can alter each dress to give them different necklines, so we’re still off to see her in January. I’m so excited to have found a dress to suit all five bridesmaids, and one that is a little bit ‘different’.

Now would probably a good time to introduce the girls! I made a comment on a post about bridesmaids made by Anna K back in July, where she asked how we chose ours, which went along these lines:

I know I shouldn’t count my chickens, with six months still to go, but I feel incredibly lucky to have five amazing girls as bridesmaids:

My oldest friend. And utter legend. And yummy mummy to the two most adorable flower girls (as seen in my previous post). Very few photos exist of her in which she isn’t blinking. The one who knows me inside out.

My ‘I wish you were getting married RIGHT NOW because I’m so excited’ friend. The one who will make me cry before the wedding by crying herself.

My ‘through thick and thin’ gal. Going through horrible break ups at the same time cemented our bond! Doesn’t realise how gorgeous she is. The one with the calming influence.

My cousin and ‘mini me’. Quite nervous about walking up the aisle (clumsiness runs in the family), but also uber excited. The one who understands me wanting our cat to be ringbearer (Still working on that!)

My ‘flower of Scotland’. Brutally honest (in a good way), and completely hilarious. We were wedding planners together, helping each other with some ‘difficult’ clients. I know she’ll give me a good shake if she sees me heading down that route. The one who makes me laugh so hard I snort.

What it came down to for me, was imagining the morning of the wedding and thinking who I would want with me. I don’t have any sisters, so simply chose the girls I would choose as sisters, if I had the chance. I can’t wait to have a photograph of all of us taken at the wedding!

Dot also looked at my dress, which I hadn’t tried on for months.

It has a train!

I honestly thought there was no train, and although it isn’t really long, I can’t believe I missed it! When MrsA Snr and I discussed the veil, I even said I’d like it to be cathedral length, ‘to give the illusion of a train’.

Please, somebody, tell me you’ve done something similarly ridiculous…
I put it down to being so excited about finding the dress in a sample sale!

Well, there is no loop in the dress for me to hold, and neither a loop, nor a bustle, can be added (can’t say too much without giving key details away!), so I may have to switch to another dress for the first dance, then switch back again. I picked up a vintage ivory, floaty, midi dress in an antique store recently, so that may solve the problem.

Now I just need to think about hair and accessories! A group of girlfriends who couldn’t make my hen weekend have given me money for shoes, so we’re off to Birmingham Bull Ring in the New Year. 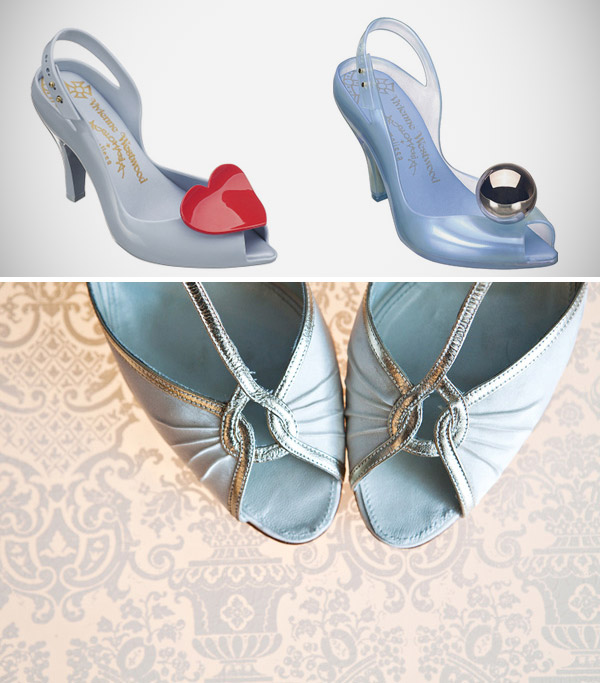 A friend has offered her diamond earrings (a family heirloom!) for my ‘something old’, and the veil is a work in progress… More on that in the New Year.

I would like something spangly in my hair for the evening, and have my beady eye on the same gorgeous head piece as fellow Real Bride, Kelly. Glitzy Secrets is uh-mazing! And I LOVE this back necklace, but I think it might be a step too far. Less is more, after all. 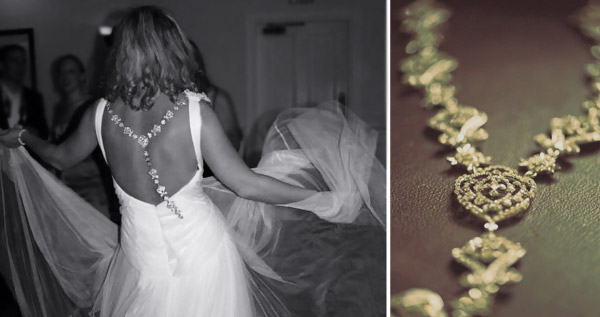 Hopefully, the hair situ will be fairly straightforward. It’s got to go up, due to excessive frizzing (not pretty), and after having a plait built in to an up-style when I was a bridesmaid in December, I’m pretty sure I’ll go with something similar to these: 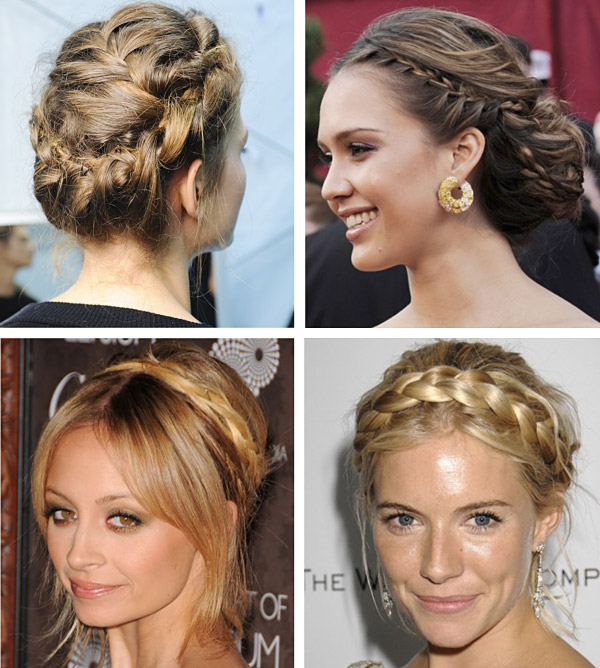 By the time I write again in January, I HOPE we have achieved the following:

We will also have given notice of our attention to marry. I mentioned this to Mr A on Sunday. The conversation went something like this:

Have a wonderful festive season all, and a marvellous New Year! See you in January.

In the meantime, any stories about not noticing a major feature of your dress until you try it on for the FOURTH time would be most welcome!

And can anyone top our total number of weddings in a year?

Big ‘Hoping for a Tom Ford ‘Nude Blush’ lippy in my stocking thanks to Mrs O’Shea’ love.

Adam likes Pina Coladas and getting caught in the rain.
Tags:Shoes