When I re-read my entry to become a ‘Rock My Wedding Bride’, I realised that I hadn’t done the best job of trying to explain what kind of wedding Martin and I were hoping (very hard) to have. And the route to that went something like this, during an email conversation with my very good friend Jo:

Me: “So I think I have a rough idea of the kind of ‘theme/colour scheme’ I would like my day to have”

Me: “Well its important to incorporate my Pakistani heritage, but I love all the vintagey, English country garden stuff. So I was thinking of loads of really bright, bold colours like red, pink, orange, blues, greens, purples, yellows. Like a bag of Skittles has exploded everywhere. But I want to mix that with the birdcages on the table and the vintage flowers we are going to have and lots of other little ‘English’ touches. Sooo, whadya think?”

Jo: “So you mean like a vintage Indian Summer?”

Me: “YES! That’s exactly it. You little GENIUS! Why didn’t I think of that wording….”

Moral of the story is, whilst you have no idea how to concisely say what it is that you want, chances are your mate Jo probably will!

Now the ‘Indian Summer’ theme isn’t so strict that everything must match it, down to the last symmetrically tied bow, but we have found it very useful to have this as our cornerstone when we were picking stationery, deciding on table decorations and picking what to wear. If anything we have too much choice. All the colours of the rainbows and even some that aren’t in there? Yep, its a toughie! 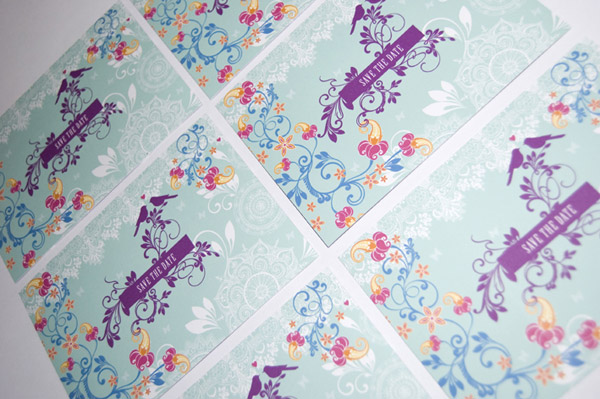 But maybe I should rewind a bit? Because by the time Jo was giving me my light bulb moment, a lot had been discussed, agonised over and argued about. Not because our impending wedding was unprecedented or anything, but because the fact that I didn’t agree and was arguing against all the families suggestions was. My family is used to attending 3 day – 2 week celebrations with 450 – 500 guests on each day. We are having 150 to the day (we originally wanted 80) which could be considered ‘small and intimate’. If I could insert a snort of laughter here, I would.

Another issue was how we would get married. Martin and I wanted a civil ceremony (neither of us are particularly religious). We felt this would suit us best as a couple. It was then suggested that if we didn’t have a nikkah (traditional Islamic marriage ceremony), then our marriage would not be recognised in Islamic Law and possibly by members of my family. Good job we had that trusty British Law that would recognise our civil ceremony. I have to admit that my bride-to-be feelings were really hurt when this was all being discussed, as it seemed like utter nonsense in my eyes. And then my knight in shiny fiancé armour rode to my rescue by declaring very quietly but firmly that a civil ceremony was our choice and that both of us would feel hypocritical going down a religious road. If our guests felt that strongly about our marriage being conducted in a certain way then they didn’t have to come. Love him.

Another obstacle we overcame was the question of alcohol at the wedding. Now Martin and I are in no way booze hounds (I have to tell you though, I’m addicted to cider at the moment. Kopperberg. A fruity one. Bloody lovely.), but we love a good drink just as much as the next couple. And let’s face it, one of the best things about any wedding is the lovely wine you get at the meal. Both my parents enjoy a drink as they aren’t as conservative as other members of my family. But they felt maybe it would be disrespectful or insulting for alcohol to be served? We personally felt it would be extremely respectful and non-insulting – but that’s just us! This thankfully wasn’t an argument that lasted long and it was one that was suggested, knowing that there was only going to be a small percentage of guests who don’t drink. Who by the way, will have an array of fruity and soft drinks at their disposal!

Very early in the beginning of our planning, I had no idea what I wanted to wear. I know that everyone else had decided for me, so I was sitting firmly on that fence much to my Mum’s annoyance! My mind would change on average every 4-5 weeks. Seriously, you should go back and read emails between me and my bridesmaid’s. That’s the proof right there!

First I thought I would stick to the traditional Pakistani wardrobe of choice: a lehnga. Then I thought that maybe an English wedding dress would be deeelightful – when would I ever get a chance to wear one of those? And then how about an amalgamation of the two? Best of both worlds. 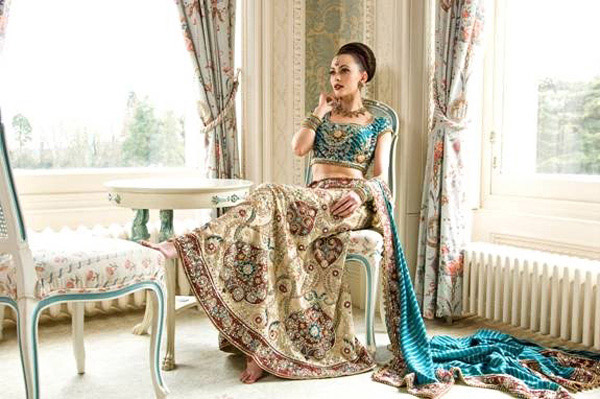 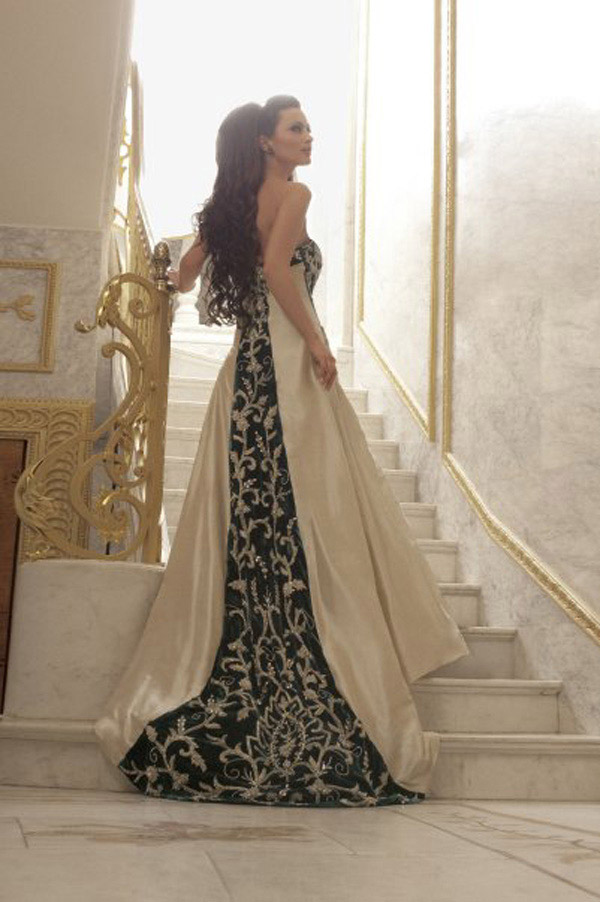 *Both Images courtesy of Charmi Creations.

Faced again with far too many choices, I made an appointment at an English bridal shop near me (ssshh, don’t tell my Mum!) that I have often driven past and oooed and aaahed at. Armed with my two bridesmaids, off we trotted for an hour of pure, unadulterated squuuueeeeeeing over many a chiffon, silk and tulle creation. And damn I had some fun in there, swishing round and squealing some more! But leaving the shop I was more confused than ever. Why was it so flippin’ hard?

Around a month and a half later, we took a trip to Birmingham to check out some of the Asian bridal shops. Again cue more squeeeeeing, sighing and also groaning – some of the bridal outfits had so much embroidery and embellishments on them and were consequently so heavy, I was finding it difficult to actually walk. Which is just plain silly.

Then we had an appointment at a little boutique that looked so uber cool in the magazines, I was convinced I would look like a right dork in their clothing. Luckily for me this wee shop is owned by the nicest designer on the planet, who was honest in his opinions and also tres talented to boot. I had tried on a couple of outfits and asked on the off chance if he had an outfit in a particular colour that I was interested in. Turns out he had, it was one of his more expensive pieces (blooming typical) and from the minute I tried it on, I was smitten. I came out of the changing room with the world’s biggest smile on my face. The girls both started crying. And as I swished and posed and swished some more, I thanked myself for keeping an open mind and finding the The One that I would happily and proudly marry my Martin in. My Mum was dead chuffed with my choice too!

So there has definitely been some trials and tribulations, tears and tantrums, but ultimately I am marrying the man of my dreams, in the dress of my dreams, with slowly-but-surely the day of our dreams. And you really cant ask for much more than that.

Becky is at her happiest when dunking a slightly chilled chocolate digestive into a very warm, very milky cup of tea. She also loves her job and pinches herself every day to make sure that she isn’t in a graphic design dreamworld.
Tags:Rock My Wedding Real Brides

30 thoughts on “What Mahj Did… Planning an Indian Summer.”