Wowsers, have we got a treat for you today folks!

You might remember that when we held our competition to find the Real RMW Brides, Mahj’s category was English Country, which might sound a little odd given the fusion nature of the affair she was planning. But to me Mahj is everything that the modern English wedding is and today we get to share her fabulous E-shoot.

Once you’ve seen these ladies, you will be dying to see the wedding! A Massive shout out goes to Andy Wardle, their (obviously uber talented) Photographer, who I’m confident is going to knock the wedding photographs out of the park!

And after that little interruption, I’ll hand you over to the lady herself!

I argued with my Mum recently. Well, I say argued but really it involved some yelling (on my part) and some finger waggling (on my Mum’s part) and my poor sister looking a bit uncomfortable for the whole thing and staying very very quiet.

We argued due to Mrs A’s insistence that I wear something at the wedding. A jewellery something. More specifically a tikka: 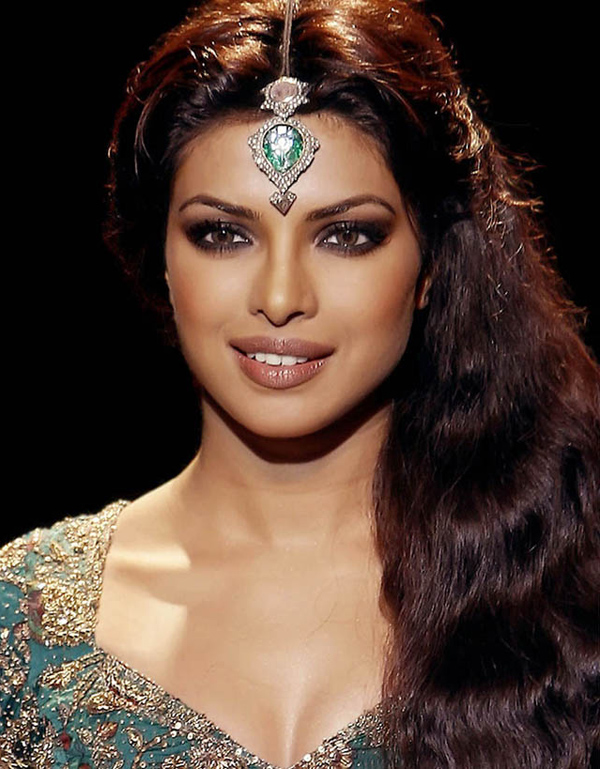 I know, pretty right? And so shiny and sparkly? And all bridal lovely. And not something that I am keen on. At all.

No amount of explaining of why I didn’t want to wear it in a reasonable tone to Mrs A was having any effect – hence the raised tone! And immediately after it I just felt so bad, I shouldn’t have yelled but I was so frustrated as I didn’t think she had understood what I was getting at.

The tikka has a small hook on the end and through a variety of clips, grips and slides gets affixed onto your hair and then the pendant falls onto your forehead. So it almost feels like once it’s in, it’s in. Not to mention that I haven’t had my trial yet (booked in for the end of May), so the tikka may not fit in with the hair lushness that I have in mind. And mainly, it feels like you have a pendulum fixed to your head! I swear, I’m going to have to move like I am wearing a neck brace because any sudden movements will have the tikka swinging from side to side like a ruddy clock!

I once again broached the subject this past week (in a much calmer manner I must add) and it didn’t go so well. Again. I think where the problem lies is that Mrs A has a very fixed and definite ideas of how she thinks a bride should look e.g. me. I blame Bollywood. Whereas I, being the fusion bridey that I am, have very different ideas. More balanced ideas in terms of look and style. And most importantly I know what will make me comfortable and happy on the day and trust me when I say a tikka just ain’t going to do that for me.

But I am not without compromise, so in the name of fairness I told Mrs A that I would try the tikka at my hair trial for starters and see how it looks. If it looked ok, I said that I would consider wearing it for the civil ceremony but it was coming out straight after that. I want to be able to move my head around as I see fit, I don’t want to have a load of photos of me looking cross-eyed because I am fixated on this thing on my forehead, and above all I just want to feel like myself.

Mrs A didn’t like my compromise. She gave me the death stare. And now I’m torn. Between wanting to stop any further arguing and make her happy, but also make myself happy. And so the debate rages on…

At the end of March, Martin and I met up with our photographer, the very talented and quite lovely Andy Wardle for our engagement shoot. We met at 2pm at the Cornerhouse Café in Manchester and proceeded to spend the next 5 hours farting around all over the city centre! 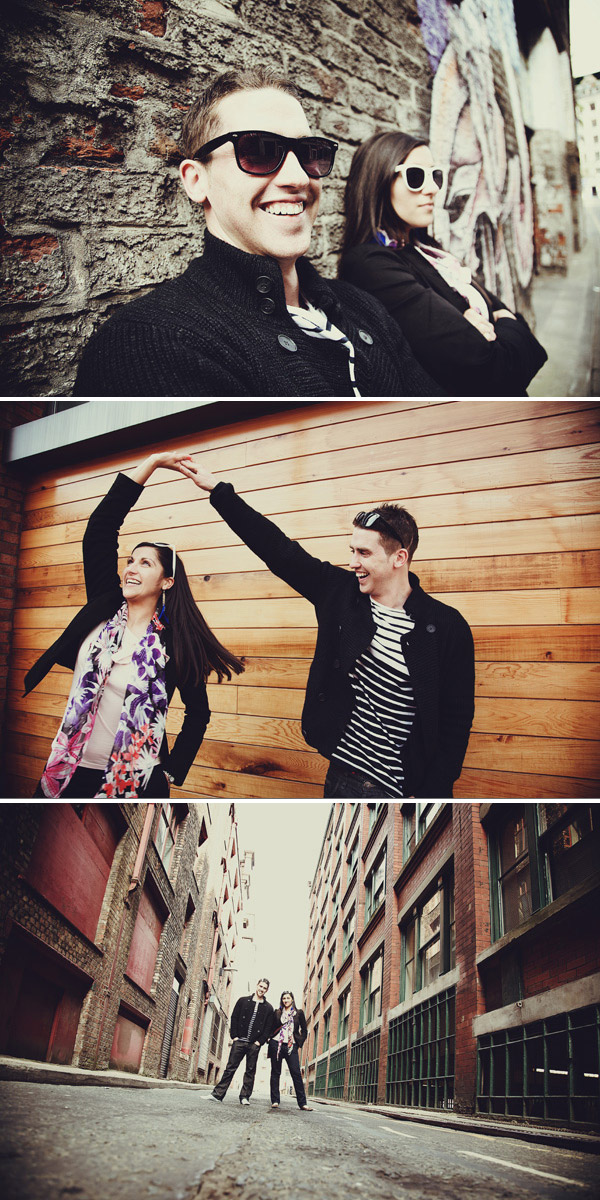 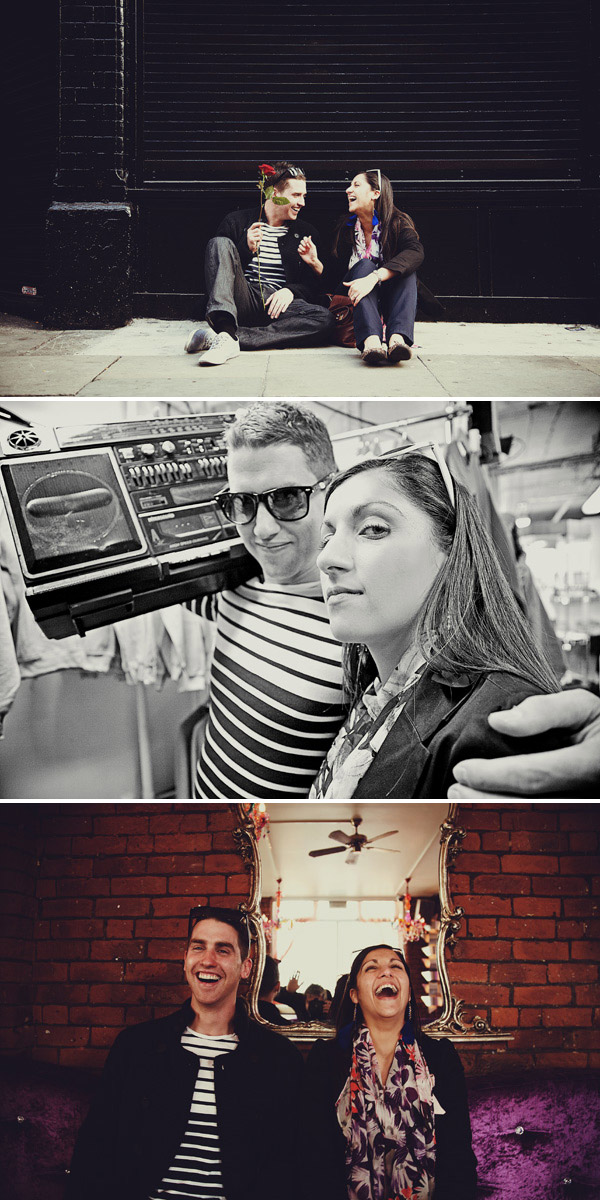 In front of some graffiti down a side street, to the Northern Quarter, to Lamars, to doorways, to a pavement outside a florists, to urban streets, to moody lit basement bars, to old-school café’s, to milkshakes, to more graffiti to the top of the Printworks car park! All nicely finished with a cheeky, well earned beer. 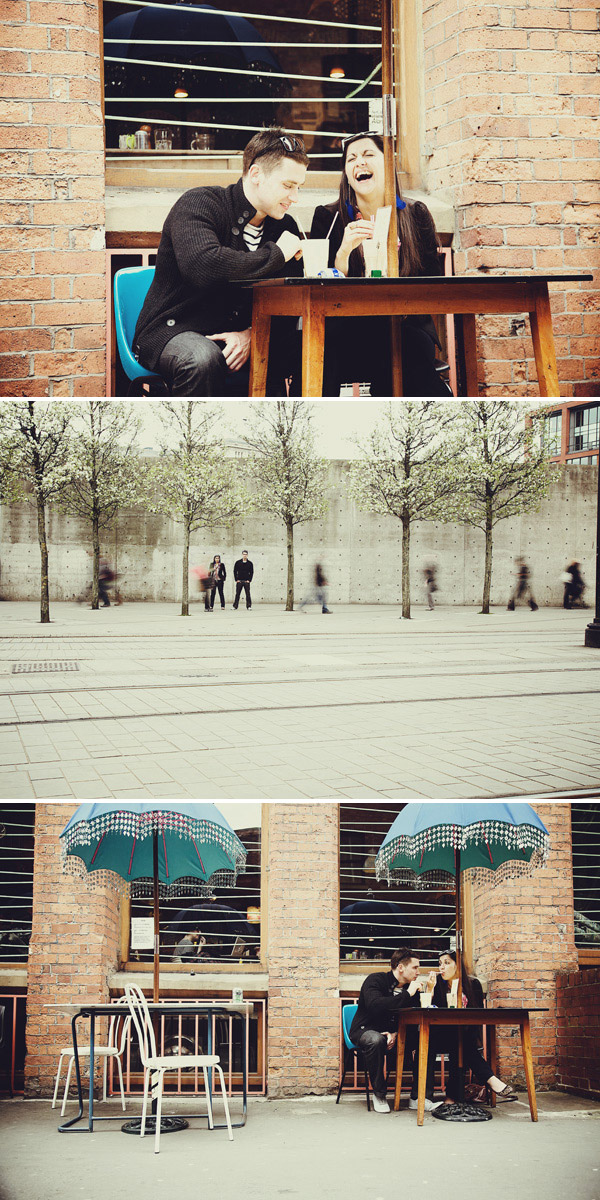 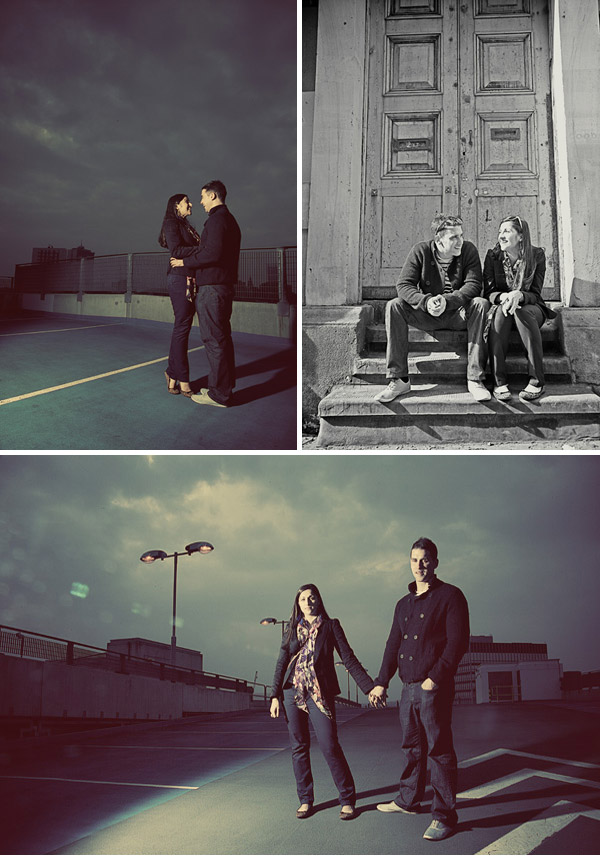 I could prattle on and on about how good a time we had with Andy and how much we gel with him and feel comfortable with him. How he made us laugh out loud and how happy and proud he was of his wife who was expecting their firstborn at the time and that when we saw our e-shoot images for the first time, we just gaped open-mouthed at them. But instead, I am going to zip it and let the awesome images speak for themselves: 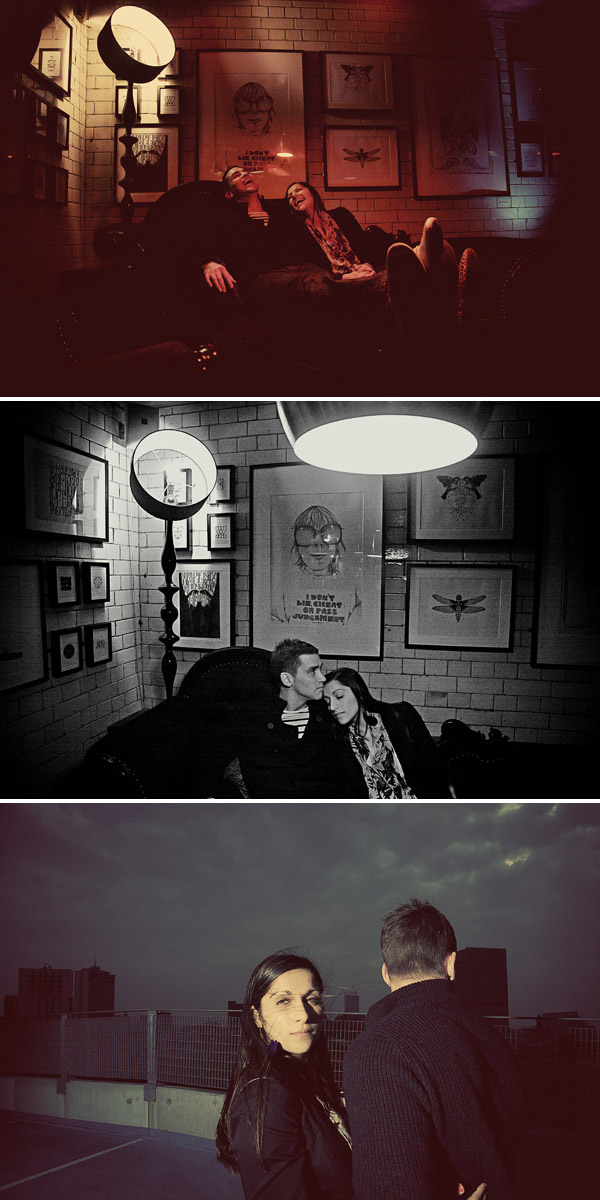 PS! You can see the whole e-shoot on Andy’s Blog here.

Becky is at her happiest when dunking a slightly chilled chocolate digestive into a very warm, very milky cup of tea. She also loves her job and pinches herself every day to make sure that she isn’t in a graphic design dreamworld.
Tags:Rock My Wedding Real Brides |Mahj |Andy Wardle Photography

28 thoughts on “What Mahj Did – The Tikka and The Photographer”