Don’t misunderstand me, that “eeeeek” isn’t a frightened “eeeek”, rather it’s a gosh-that’s-coming-along-rather-fast “eeeek”. If you like, you can substitute the word ‘gosh’ for a far ruder one and that sentence will sound much more like me!

But I think we are on course. In a fit of mad organisation at the beginning of January, I seized one of my many Cosmo Bride magazines and proceeded to rifle through it until I found that handy checklist they give you in every issue. In all honesty, I haven’t paid this check-list much attention before, I much prefer to make my own check-lists (in fact at one point, I had made so many and was getting so stressed that Martin got cross and told me to make just one big list!). But I grabbed my pen all the same and proceeded to go through each task listed and cross off the ones we had done/had in hand and circle the ones that we have yet to do. Turns out all my millions of check-lists were good for something – there weren’t many tasks circled (whoop!) and the ones that were, were either things that we had planned to do from January or that we couldn’t do till much later on in the year anyway. I was so pleased that I rewarded myself with a Ferrero Rocher!

So, the last ‘Big Wedding Accomplishment’ of 2010 was a biggie. And a good one too. My bridesmaid’s dresses are finally S-O-R-T-E-D! These were the last major thing outstanding and they are done done done! But maybe I should introduce you all to the girlies first before I tell you about their frocks? 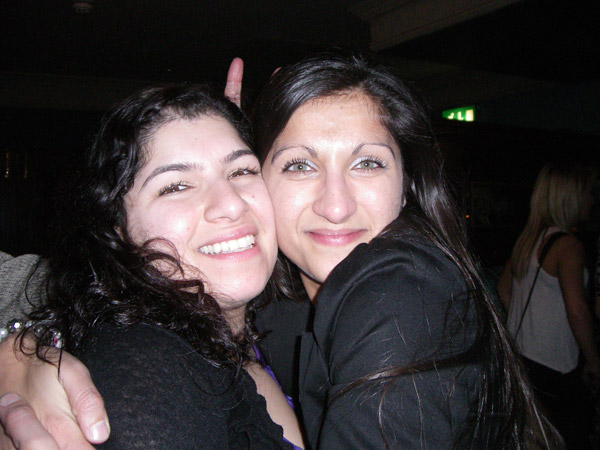 Chiefy Bridesmaid is my big sister Zainab. She is wise like Yoda. Only she doesn’t rearrange her sentences and isn’t small and green! 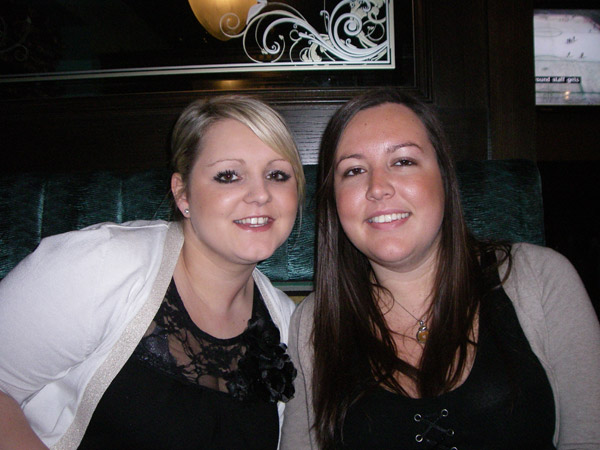 And these two ladies are my loveliest, most wonderfulist (not sure that’s a real word) friends, Leanne and Yas. Both are kind, very lovely and like to drink wine!

It was really important to me from the start to ensure that all three of them not only wore something amazing, but something that they would be comfortable and happy in. The easiest and perhaps most obvious suggestion was for them all to wear a sari. Someone (quite rudely) suggested to me once “just stick ‘em all in a sari and be done with it”. Erm no. I will not just “stick ‘em in a sari” thank you very much.

In all honesty, I just couldn’t see them wearing a sari or a lehnga when I pictured the day (something I do often!). In my mind, they were all wearing long dresses of a fusiony delightful nature. Hmmmm. Armed with this image in my mind’s eye, I hit up Monsoon about a year ago with my sister. There were lots of long dresses of a fusiony delightful nature in there, of which I got her to try on around ¾ of! After the third or fourth one, it became apparent that there was a slight problem with the way the dresses fitted and this would have been a problem for all three of my bridesmaid’s. It was delicately phrased as being “chestage encompassment” by my sister. Ahem.

Undeterred I trawled the internet, I looked high and low. Tried all the big names and some random ones. On a visit to Debenhams with Leanne, we noseyed at the full length frocks and oooed and aahed but I still wasn’t feeling it.

You see, my problem was that the image in my head aside, I had actually seen exactly what I wanted, featured in a wedding on an Indian Wedding Blog. And as soon as I had seen it, I knew that’s what I wanted them all to wear without a shadow of a doubt. It was perfect. It was what I had seen in my head. When I showed the ladies, they all loved it. It seemed to have the exact mix that I wanted and I loved how it gave a modern twist on the sari. Downside? It was nowhere to be found on the flippin’ High Street! 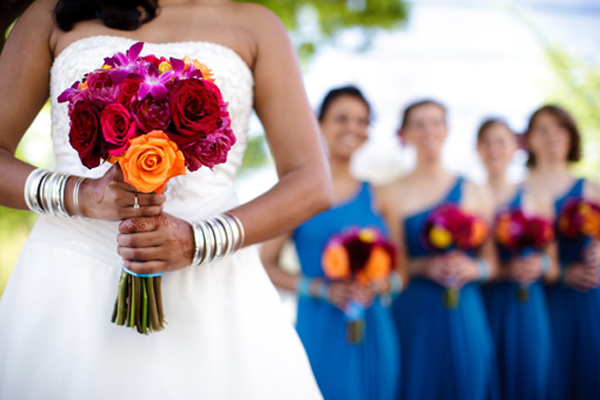 Determined I started branching out my search to include actual bridesmaid dress suppliers such as Dessy and Alfred Angelo. A small handful of them had one-shouldered lovelies but not in the exact style that I had seen. So I decided to leave it. Just for a while. Slept on it for a few months. I kept looking at high street shops and seeing what they had, but I stopped obsessing….

….of course you know what happened then? Quite randomly, I stumbled across a case study online about a woman based locally to me in Stockport who started her own business as a dress designer. On an equally random nosey on her website, under the bridesmaid dresses section, there in all its one-shouldered glory, was The Bridesmaid’s One. I did actual squealy jumpy claps at my desk, got some funny looks I can tell ya!

So I made an appointment to meet with Tracey from Serenity Co and you know what? She is bloomin’ lovely. Really nice and full of ideas and so creative. And the way she talks about chiffon and silk and bodices and the like, well, its ruddy brilliant! And even better? The cost of the dresses would include them being personal to each bridesmaid. They will be made to measure, there will be fittings, there will be faffings, there will be dresses of a fusiony delightful nature!

There’s just one small problem – I have no idea what colour to have them all in. With taking the exploding-bag-of-skittles approach, I have ensured that our day will be colourful for sure, but then which colour do the bridesmaids wear? Do they all wear the same colour and if so, which one? Do they wear different shades of the same colour? Do they each wear a different colour of their choice and would the last 2 options work with just 3 of them? So my request to the all-mighty RMW Community is this: please help me decide?! All your heads are better than just mine!

Also, at the beginning of January we hit a slight hiccup: our band cancelled on us! Something to do with not being able to find a replacement guitarist as the original guitarist will be on holiday. Musicians! In fairness, they did try very hard to find us one and we appreciate that they told us sooner rather than later, but we were still gutted and still bereft of a band. Which lead us back to ye olde band VS. DJ debate!

We loved the band we were originally going to have and whilst they were kind enough to make us some recommendations for other bands, we just weren’t feeling any of them. So I made the effort to contact a couple of DJ’s that had had good reviews online and luckily both of them were free. So we decided to sleep on it for a while and see how we felt. Just this past weekend, we have decided to go with one of the DJ’s who has a kick-ass website (I am such a sucker for a funky website, I’m looking at you RMW!) and amongst other things has an ethos that includes no back perm, no cheesy one-liners and no medallions. Well, actually, the medallion is negotiable! Also (and perhaps most importantly), they play the music that you want to hear. They ask you to create your own playlist but can offer advice in choosing songs and which order certain genres should be played in. All very funky and cool.

So there you have it. I gained some bridesmaid dresses, lost a band and then gained a DJ. I guess that’s what you call turning a frown upside down!

Becky is at her happiest when dunking a slightly chilled chocolate digestive into a very warm, very milky cup of tea. She also loves her job and pinches herself every day to make sure that she isn’t in a graphic design dreamworld.
Tags:Mahj |Asian Wedding |Asymmetric Bridesmaids |one shouldered dress

24 thoughts on “What Mahj Did… Bridesmaids and Bands”