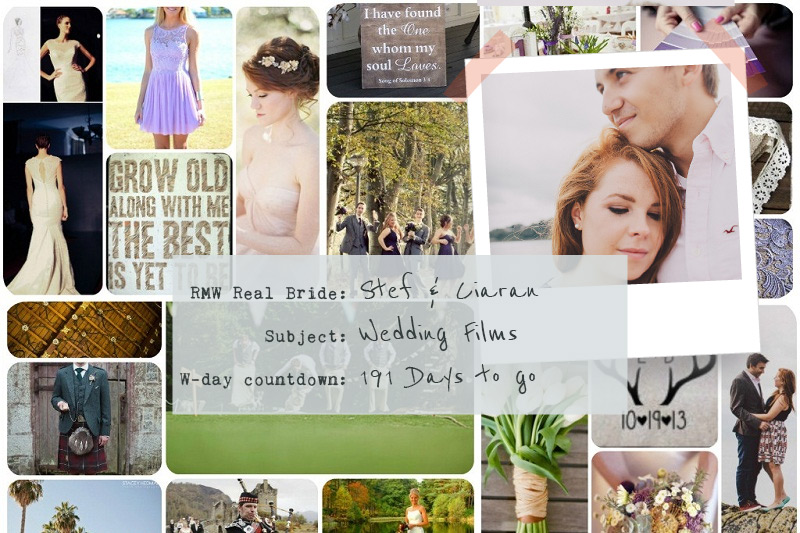 I trust you are all well and your plans are coming along nicely (or like me you have suddenly realised you have only 6 months and you should really start doing stuff!!).
I have planned some decoration bits, we just need to buy the craft supplies and start making. We have also made some draft DIY invites but really need to get going with them. Other than that not much has change in the last…three months since we booked all the ‘big’ stuff and sat back thinking we had HEAPS of time to plan a wedding. But I have realised if I don’t want to be doing everything in the last week before the wedding – as my reputation would dictate – we really have to start now. 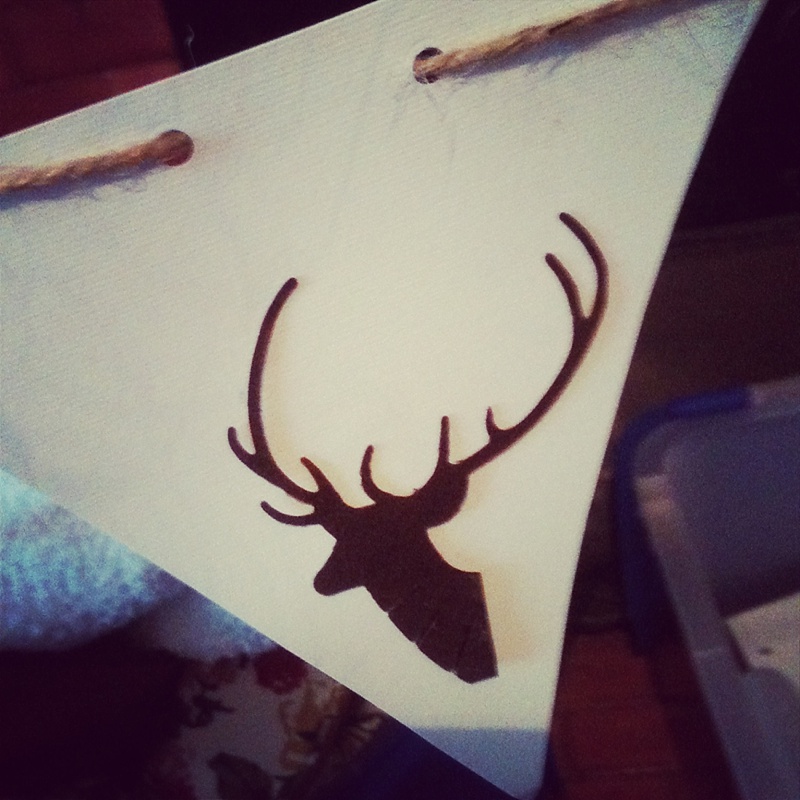 Anyway I thought that today I would talk to you about a quite contentious wedding topic. A discussion I have had many times with fellow brides to be and now married ladies. Us six RMW Real Brides have even discussed the subject at length. The topic of: to video or not to video? (Or digitally recorded film as who still has a VHS these days?!) Are you hiring a videographer? Has it even crossed your mind? Do you hate the idea of it? One camera following you all day is surely enough? There are so many different opinions going about; what is yours? It is certainly something I have struggled with.

Getting your wedding filmed seems to be one decision where a lot of people see it as an unnecessary expense but after the wedding it is the most common regret. I mean how many times will you actually watch it? And I know some people hate the idea being in front on a camera so one photographer is just about all they can handle on the ‘biggest day of their lives’. Maybe memories of HUGE on the shoulder cameras of weddings gone past put you off? Yet not hiring a videographer comes up again and again as the one thing a bride wishes she could have done which she didn’t. RMW’s own Becky wrote a whole post about this BIG HUGE Mistake.

So Why The Regret?

It is something I thought long and hard about; would I regret it and why? In her post Becky talks about her regret of memories missing from the photos: “How did I move in my dress? How did I sound saying my vows? What words did I actually say? How many times did I whoop? (because I guarantee I will have whooped a lot).” She talks about the missing “extra dimension. The other side of the story.” We are after all only human and cannot capture everything that goes on in the day so it is great to have more people capturing memories for you, which you would have missed.

Other people (commenting on her post) think of it as being the closest thing to reliving such a day. Some people have suggested they wanted their day filmed for their children and grandchildren; so they can view the family event and get to know a younger version or their parents and other family members captured on moving film. Lolly calls this a family legacy, which I LOVE. But she also has a valid point in allocating your budget with a price per wear idea. You eat the cake once, you wear your dress once, those decorations only last a day; but your photos and your film you will have forever to look at and remember the vows, day, the love, the family, the pretty. Though videographers can seem expensive they are worth it for the long hours of shooting they do then even longer days of editing they put in to making the film; never mind the years of training and experience alongside their equipment. 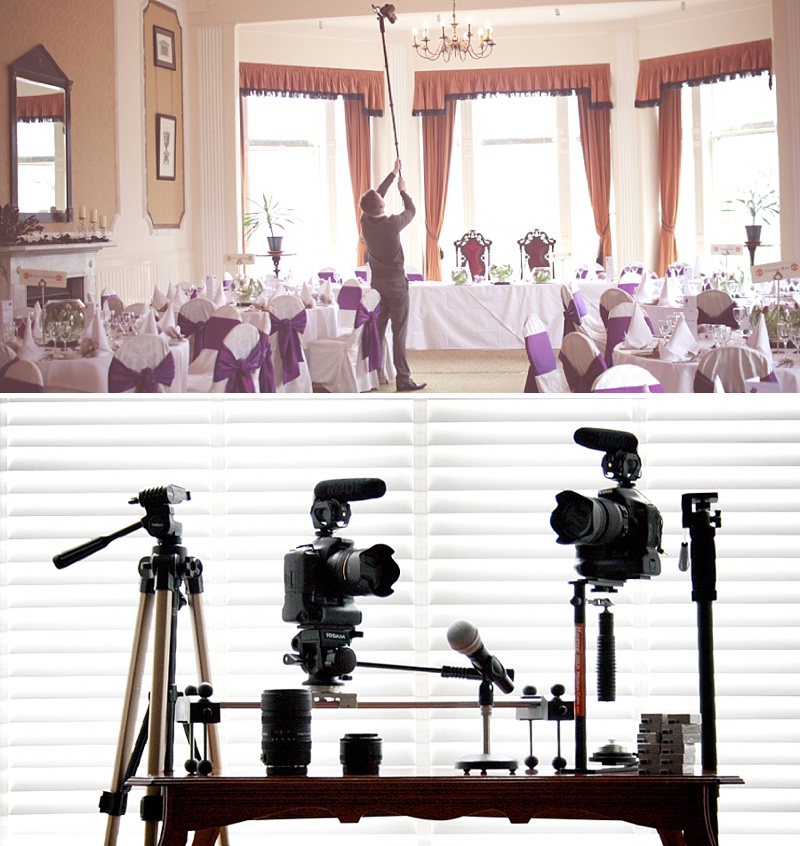 In my opinion, being frank, getting your wedding film is not necessary. As long as you are married at the end of the day you have reached your goal, right? And an amazing meticulously planned celebration of your marriage is a bonus? So if you are lucky to enough to have photographic memories of the day, taken by friends or a professional, you really don’t NEED anything else. At its very basic that is what I reckon anyway.
However if you have read my other post about our wonderful photographers, Ten 21, you will know that it is also my opinion that it is worth paying what you can for this one off opportunity to have yourself, friends and family photographed. I feel similarly about moving film. 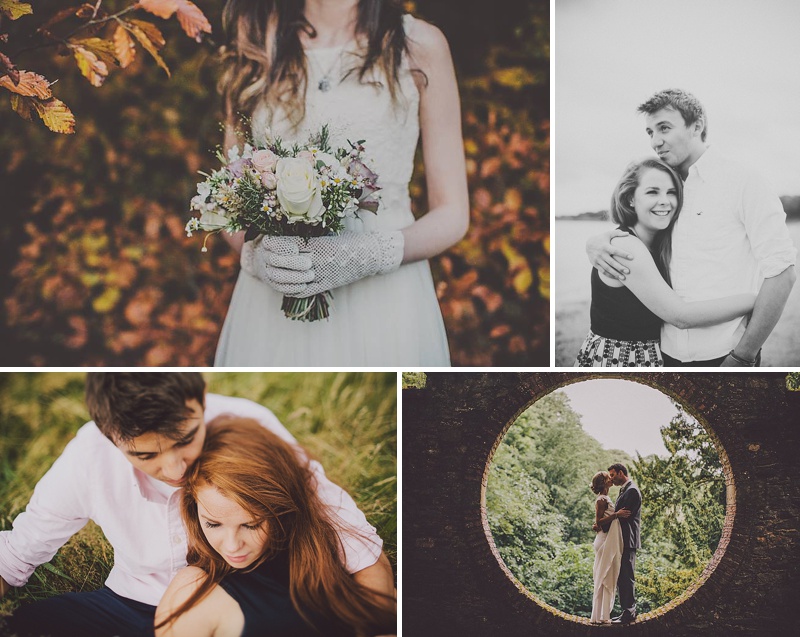 I personally don’t have any home movies; no movie footage to remind me of family and friends. So I see my wedding as an opportunity to splash out on a luxury of amazing professional film makers to capture the way everyone I love laughs and cries; walks and dances. It is sort of using the wedding as an excuse to round up everyone and capture memories on film. But also I want to capture our wedding day, I want to capture how Ciaran says is vows to me, committing himself for life (crying as he does it though he insist he won’t 😉 ). I look forward to being able to see my dress in motion and all the pretty details we have spent so long planning captured on film. 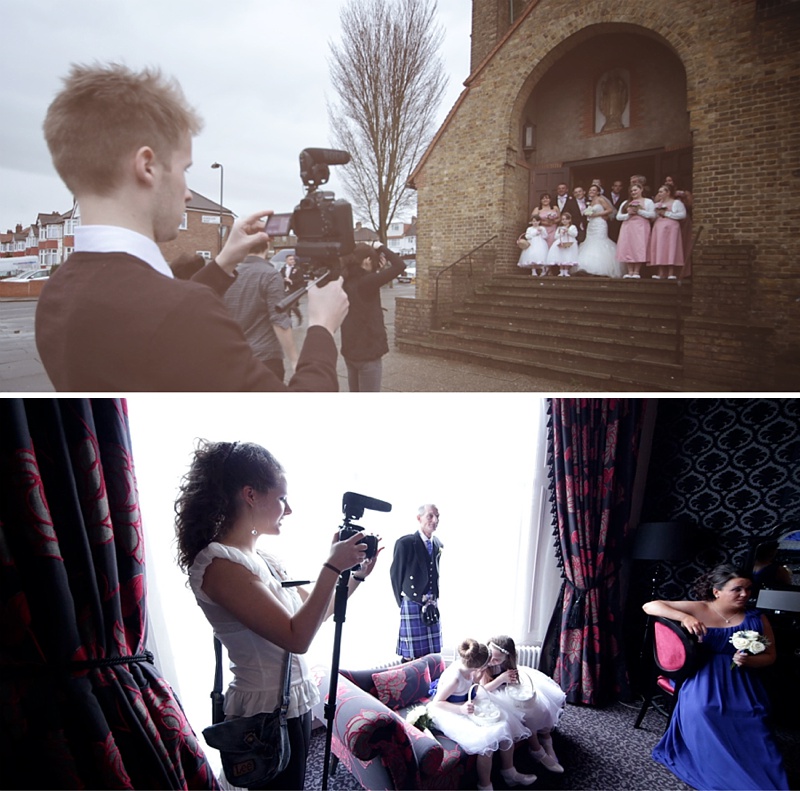 So I tracked down White Balloon Films, a husband and wife dream team of cinematography, Alina and Stewart Carroll. Alina has a degree from London College of Communication and a background in corporate advertising film, animation and music videos working for London production companies and still runs her own corporate film business Alina P alongside White Balloon Films. When they got married last year they did not have it filmed having the same misconceptions us everyone that it was “90’s ‘You’ve Been Framed’ style”, but they massively regretted this too, like many other couples after their wedding. So, deciding to use their background, they expanded Alina P into White Balloon Films and quite frankly, I for one, are thankful they did! 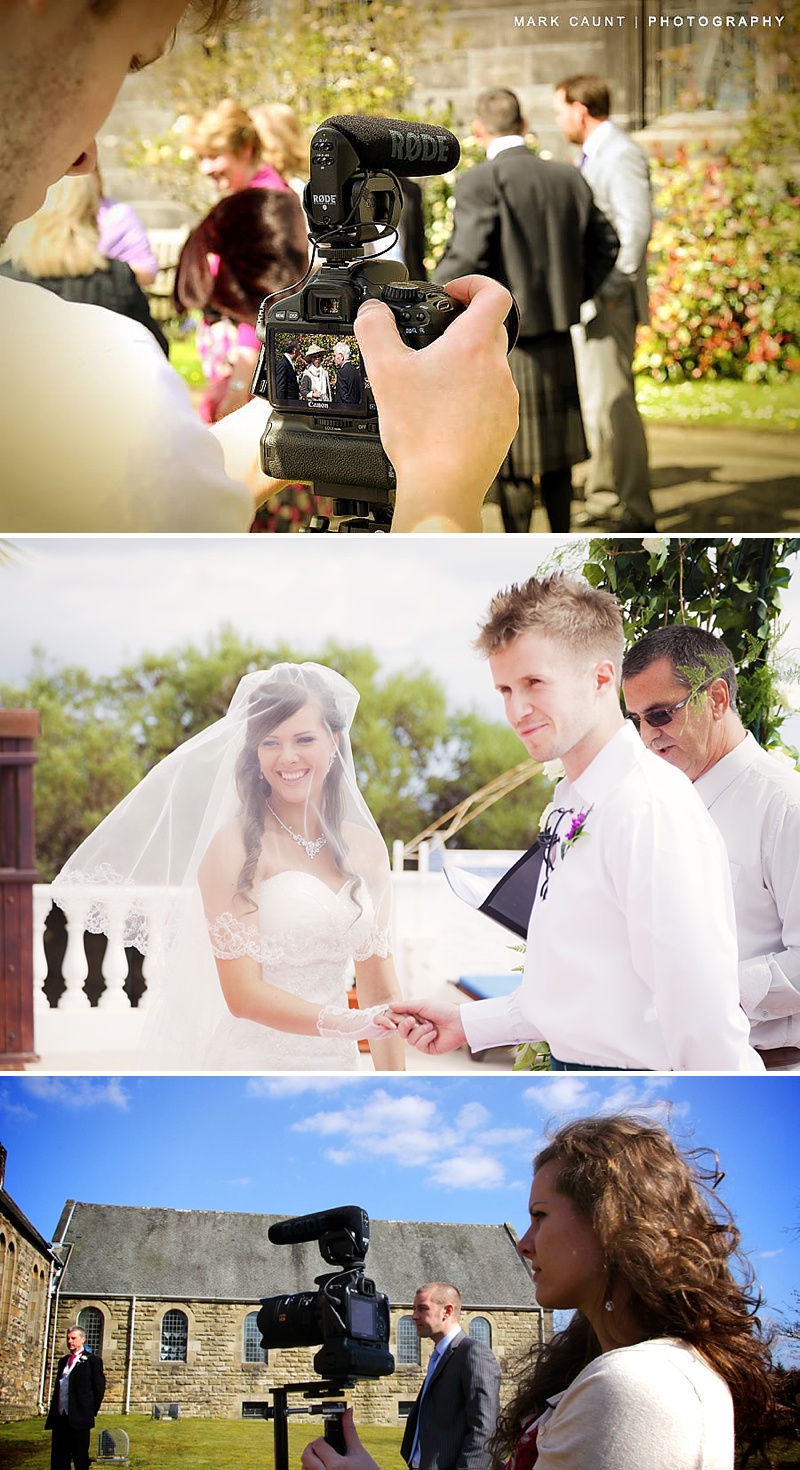 They are based in Glasgow but travel throughout the UK having already filmed weddings in London, Glasgow, Edinburgh, Perthshire, St Andrews, Gleneagles, the Lake District and Aberdeen. They have filmed weddings, Christenings and Save the Date animations. They film with three high definition cameras (and a lot of other equipment I know nothing about), producing a first-class wedding video and ensuring they don’t miss a thing. Their highlight reels are so wonderfully filmed and edited in such high quality, they are totally worth it! Plus they are absolutely lovely and passionate about what they do; I cannot wait for them to be there on our day capturing our memories!

Here is a highlight reel from White Balloon Film for you to watch on your break. A gorgeous wedding from the gorgeous west coast of Scotland and what a stunning bride!!

Ciaran (with me as a handy side kick) filmed two of our friend’s weddings this year and though they are not professional they are amazing! Ciaran did a great job editing them. But it is what is captured that matters and that it was captured and they can watch them again and again. I would definitely be an advocate of at least getting a friend to film the vows and speeches so you can re-live them whenever you want, especially as access to a film recorder is easier and cheaper than ever!

So are you hiring a videographer? Has it even crossed your mind? Do you hate the idea of it? One camera following you all day is surely enough? Are you married and love your film, or regret not having one, or couldn’t care less about not having one? There are so many different opinions going about; what is yours?

44 thoughts on “What Stef Did… Lights… Camera… Action!”