Ruth (self confessed daily RMW reader) & Danny married at Yaxley Hall in Suffolk in July of this year.

And so this morning, from “the other side” of the Rock My Wedding fence, Ruth recalls the day she said I do…

We really cannot recommend Yaxley Hall enough. Everything from first booking through to organisation on the day was fantastic. It is a privately owned house which we had exclusive use of for the day which made it really personal and intimate as well as romantic and classy. The house and the grounds are beautiful, the food is delicious and the wedding butler Richard Orton is just fabulous and was such a great help throughout. The ceremony was in the upstairs music room but to cater for the number of guests that we invited we also had some guests in the downstairs drawing room where they watched the ceremony on a large screen with a video link to the music room. This was a big hit and guests said it was great being able to watch the service from the front where they could see our faces, plus they were able to drink champagne whilst they watched too!

I didn’t want to over theme or colour scheme the day, but our choice of venue plus the initial ideas that I had in mind led way to the general theme for the wedding which became vintage inspired with a twist of modern funkiness with a few birdcages thrown in too!

When I set out to look for a dress I had a definite idea in mind but didn’t have much luck finding it.  So after a few unsuccessful trips I came across a dress which at the time I thought was the one, so my Mum kindly bought it for me. When I collected the dress however after 7 months waiting for it, doubts had set in but I tried to put them to the back of my mind. Then one day I was out with my bridesmaid as she needed to visit a hairdressers which took us to an end of town that I wouldn’t have normally have been passing.

Whilst waiting for her I found myself outside a bridal shop when I spotted a dress in the window …WOW… it was just what I had been looking for originally. I tried the dress on and loved it, at last I knew what people meant by ‘The one!’ The beauty of a dress is by Justin Alexander and is number 8530. I loved the lace detail at the neck and the back, the subtle mermaid style… in fact I loved everything about it, it was just perfect for me! By this time though it was only 2 months until the wedding and time was tight, but thankfully it arrived just in time to be altered. Phew! I’m not a big believer of fate, but I really think that it played a part in me finding my perfect dress. 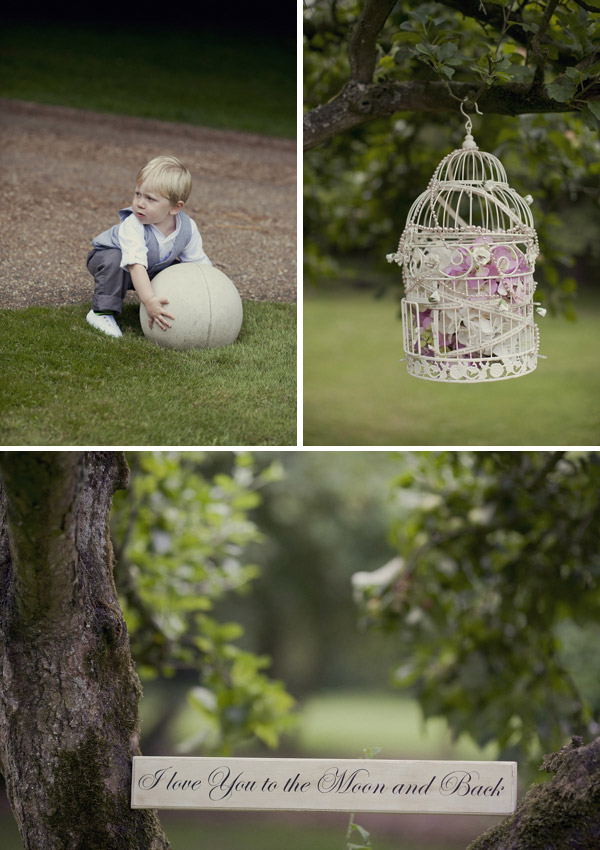 I can’t remember the first time that I first set eyes on the gorgeous Jenny Packham Arcacia ii but as soon as I did I just knew I had to have it! I made a trip to London to the Jenny Packham boutique in Slone Square to try it on and I loved it even more when I saw the real thing. With this and the dress I didn’t feel that I needed to make a statement with my other jewellery so wanted to keep it simple and delicate. Danny surprised me with some beautiful white gold and diamond hoops that we had spotted together previously and I was also lucky to receive a really pretty bangle also in white gold and diamond as a present from my Step Mum.

I was always certain I didn’t want to wear a veil and when I had already fallen in love with dress number two, I was told that it comes with a detachable train which is completely gorgeous and like nothing I had ever seen before.  Yet again it was meant to be and I loved it so much and it was a great alternative to a veil.

I had always wanted to have statement shoes, I have quite a reputation as being a shoe lover and as the proud owner of a well stocked walk in shoe cupboard I wanted to get something fab for my wedding day! I had initially thought that it was a good excuse to treat myself to a pair of Christian Louboutins, but after getting two dresses I decided it was a bit extravagant.  So I came across the bright pink Ted Baker shoes and thought they were fab. I loved the flash of pink under the classic lace dress, ‘subtly rebellious’ as someone described it! I also had my finger nails painted bright pink to match.

From Zurich To Yaxley.

I decided to have my hair and make-up done professionally not only to look my best but also to take the pressure off me having to do it myself in the morning. My hairdresser Hannah was recommended by a friend and arrived bright and early at 7:30am at my Mum’s house and did a great job despite being shattered after delayed flights arriving from Zurich the day before. We then travelled to Yaxley and were made up to perfection by the very lovely Sophia who worked her magic with a very large selection of Mac make up.

During my thorough internet research I came across the Amnesia Rose. It is a dusky pink colour with a really vintage look about it which was just perfect. So we met with Kevin the florist at Calla’s Floral Designs who was able to create the beautiful displays using all ivory flowers and green foliage making the Amnesia Rose the focus. The men also all had an amnesia rose as their button hole.

Nice Day For A White Waistcoat.

We decided to go for a grey suit for Danny, the two best men, the ushers and for our Dads. We wanted to keep them relaxed and not overly ‘weddingy’. Danny’s suit is by Without Prejudice which he bought so he could have it adjusted to be a perfect fit whilst the best men and ushers hired their suits from Coes. After much deliberation and changes of mind, we settled on the white waistcoats and light grey/silver ties and Danny wore a pink patterned tie just to stand out and be a bit different!

Walking down the aisle was far more emotional and nerve wracking than I had expected especially when I saw Danny turning to look at me with tears in his eyes!

We also chose to have a grey/silver bridesmaid dress to coordinate with the men’s suits. The dress we chose was from Debenhams and was a bit of a lucky find. After making a day trip to Bluewater but not finding anything, I stumbled across this dress during my lunch hour from work and both my bridesmaid and I were very happy with it.

The right photographer was very important to us as we both love photographs. We had been researching photographers for quite a while and had met with a couple who just didn’t feel right. Then, as if by magic during my daily Rock My Wedding visit, I saw some fantastic pictures which to my amazement (as nothing is normally local to me) were from a wedding at a venue nearby. I contacted Craig & Kate Williams who are completely lovely and as soon as we met with them we knew they were right for us. We loved their relaxed reportage style mixed with modern style photos and they certainly did not disappoint. We hardly noticed them on the day and were really astounded when we saw how many photographs they had taken, they captured the day perfectly. 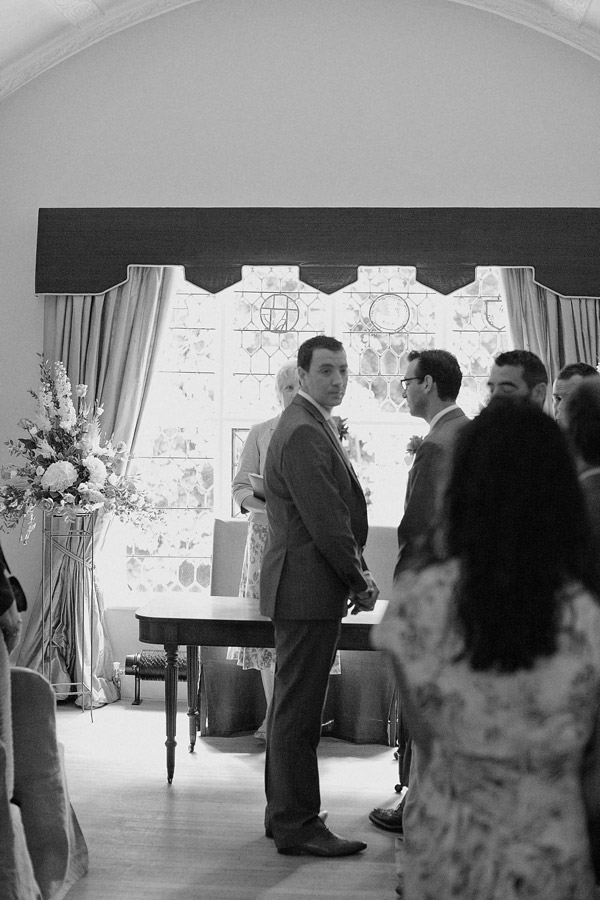 I don’t remember foliage ever looking so luxurious, so velvety, so…. green! The deep rich heritage colours of Yaxley Hall and its surroundings really give Ruth and Danny’s wedding a sense of occasion and a certain gravitas. A stunning set of images from a stunning day.

P.S the “hanging dress” shot can so often be a tricky one for photographers to get just right… Craig and Kate’s answer – just whack a portrait of an Ex Prime Minister into the mix…. Et Voilà.