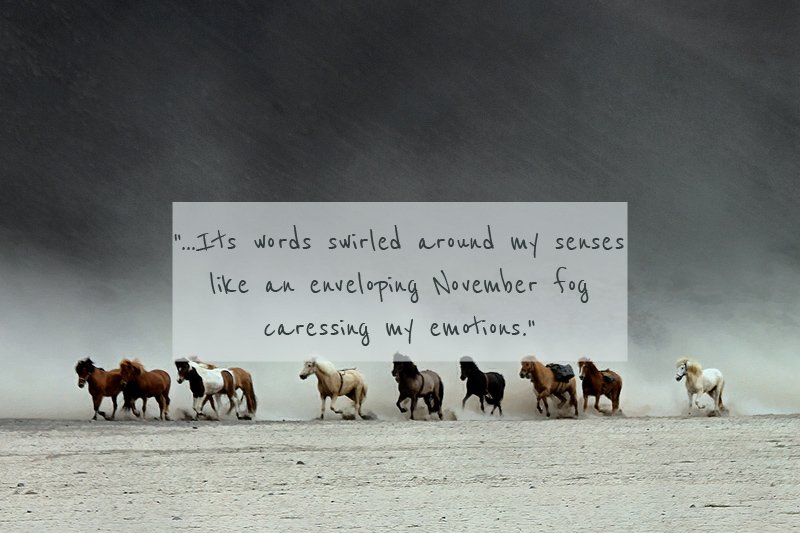 Image via Notes On Design

Last week I read a poem and it set my heart on fire.

As with anything inspiring, be it a piece of art, a gorgeous antique, or an evocative photograph, my immediate response is to try to capture the feelings that are sparked off in me in a visual way – most often through still images. And so what you see here is my interpretation of the verse I read last week.

And therein lies the rub…because I think you’ll agree with me when I say that it’s not exactly bridal is it.

You see the blog queen and I sat down and had a darn good chat last week. We discussed themes and schemes, random discussion points, all things bridal and then not so bridal and those topics that we’d love to share with you which don’t fit into the wedding realm even in the loosest of terms.

And then we decided…to hell with it. So we’ve decided to dedicate this week to all things kooky and wonderful; in short this week is hereby entitled ‘Eclectic Mix’.

We’ve got a bucketload of gorgeous weddings for you, a healthy debate or two and oodles of inspiration starting with this not so conventional collection of moodboards below.

We can’t wait to hear what you think.

Less Dracula’s castle and more exotic boudoir with a splash of the distinguished gentlemen’s club from the 1920’s, this is all about setting an intimate mood.

Regardless of whether this particular colour scheme floats your boat or not, it’s worth dipping into the world of interiors if you’re looking for inspiration for your big day. Home furnishings can actually broaden your horizons when thinking about colour combinations and texture pairings translating perfectly to your wider wedding decor.

If you’ve decided to use darker hues in your wedding palette, can I suggest that you use a contrasting hue such as an off-white, cream or even the fresh green associated with new growth, to prevent the whole thing feeling too oppressive.

Lastly illumination is crucial. Be it tea lights, a luxurious chandelier, church pillar candles or long tapered dinner candles, it’s important that you add depth to your surroundings as well as intimacy. People need to see each other as well as all the hard work you’ve instilled into your big day details.

I’m not sure about you lovelies but I always find that The Little Black Dress is my failsafe option when it comes to a chic city event or a black tie do. It seems strange then that the shade is shunned somewhat when it comes to the big day given that it’s so blinking flattering.

Whilst I’ve not had the pleasure of watching a bride marry in a pretty black frock I have to say that it’s on my wish list – both from a blogging perspective and from a let-me-actually-see-it-for-myself standpoint. Certainly I considered for a long time dressing my maids in this hue before I veered down another path; I knew that each of them would look chic and sophisticated in the shade.

Keep things elegant by choosing gowns and frocks that have a delicate structure with oodles of detail – silks, gauzy chiffons and flimsy lace are your friends here. I particularly love an interesting back – be it one with a low v, a looping bow or criss-crossing strappiness.

Accessorise your midnight frock with a nonchalant look that’s straight from the catwalk.

This look is all about good girl gone bad. We’re talking high maintenance society girl the morning after, all decadence and top shelf luxury. She’s probably been frolicking all night with a polo playing prince of Arabia and her bee-stung lips and smudgy eyes are the remnants of a night to remember.

From aubergine to dusky grey all the way through to sooty black there are so many ways to interpret the soft gothic look on the face. For a contemporary take on the theme opt for a matt chalky eye either in translucent noir or iridescent grey – remember to keep the colour light on the main part of the lid but create definition by lining the lash line in a darker shade.

Alternatively instantly raise the glamour stakes by slicking metallic gloss and glittery shimmer across your lids and the tips of your plum coloured nails for the ultimate in femininity. It’s also worth noting that it’s important to keep cheeks and lips fairly neutral so as to not overdo it.

Lastly I love the idea of pinning a band of lace across the eyes as a modern alternative to the traditional veil…plus it’s a little bit sexy too, no?

Or comfort food by another name, these are the gluttonous treats guaranteed to raise fallen spirits, restore lost appetites and warm frozen limbs by the fire.

For me there’s something luxurious about foods with darker hues; I can’t tell you why exactly but it’s almost as if I’ve been let in on a closely guarded secret revealed to a select few. I’m also aware that this makes me sound as daft as a brush. Regardless, I can guarantee that those of you marrying over the next Autumn and Winter months won’t go far wrong should you choose to serve up some ‘Moody Food’ to your nearest and dearest on your big day.

If you’re keen to venture down the forbidden path then try opting for savoury delights such as a squid ink risotto or a beetroot laced salad sprinkled with black truffle or select the world famous black guinness cake for dessert. Top off such a selection with customised rum and whisky cocktails later in the evening by a roaring fire for the ultimate in decadent dining.

So have any of you lovelies considered a colour palette of darkened hues? Or perhaps you’re marrying in the Winter months and have decided to embrace the short days and midnight black nights.

And are any of you opting for maids in sexy LBD’s? Perhaps you’re choosing to be a bride in black yourself with some gloriously smokey eye make-up?

I want to hear ALL about it!

All my love Lolly

*if you want to read the poem then I’ve shared it on my instagram here.