*Hello Lovelies, Charlotte here. Normally I wouldn’t barge in on a real bride post but I simply had to on this occasion….

This is a gut-wrenching and beautifully written account by whom I think must be the bravest girl in the whole world.

Mahj, I salute you. And I want to thank you from the bottom of my Blog Queen heart for agreeing to be such a significant part of these pretty pages. Can’t wait for the wedding pet. 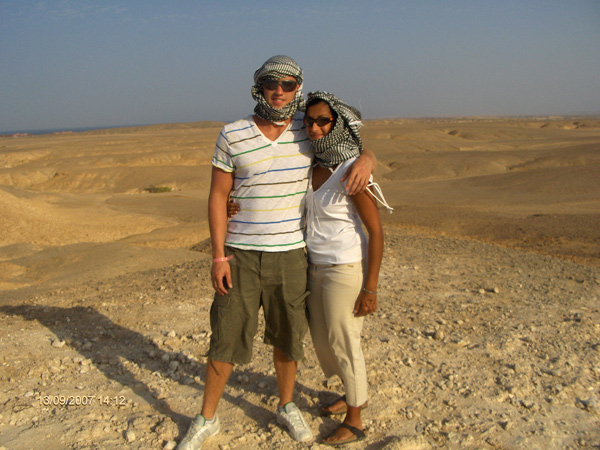 I have a story to tell you all. It isn’t nice. But it does have a happy ending…

In August of 2008, whilst on a night out with friends, Martin was attacked by 3 guys, hereafter known as the scum of the earth, for not having a cigarette (yes really). He was badly beaten but somehow managed to make it home, whereupon it became blindingly clear that he wasn’t ok at all. Hoping, praying and wishing to every God I knew, we took him to the hospital where it transpired he had suffered bleeding on his brain from a kick/stamp to his head during the attack (in court, the kick was described as being hard enough to kick a football 40 yards).

You know when people describe having the rug pulled out from under them? Or their blood running cold? Both of those happened to me. It wasn’t real. That wasn’t Martin, my boyfriend lying unconscious in that hospital bed. This was all a dream. I pinched myself so hard to convince myself of this, that I drew blood.

But I was wrong, it was so very very real. Luckily (thank God) living in Stockport meant that we weren’t far from Hope Hospital which is a specialist hospital for head injuries. And Martin was rushed there for emergency brain surgery. The doctor who performed the surgery said that Martin was as close to death as someone can be when they took him in. His prognosis wasn’t good. They didn’t think he would make it and if he did, he would never be the same. 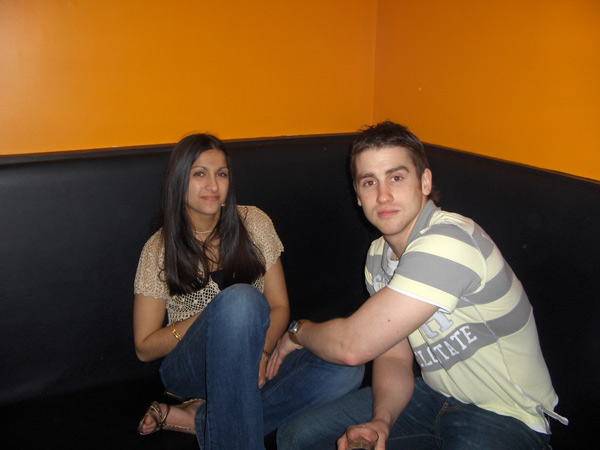 And so began the waiting period in ICU, the High Dependency Unit and various other hospital wards. I remember vividly the first night in ICU at 3am, sitting with him and asking, pleading with whoever was listening above that if he made it through, I would be a better person, a better daughter, sister and girlfriend. That I would never ask for anything again as long as I lived.

In my darkest hours, on my darkest days, I tried to imagine life without him. Of living on my own. Of starting again. Of no longer being Martin and Mahj. The fear was crippling. That first week was a bleak and dire time for me. On the outside I felt like a cheerleader, rallying everyone and staying positive, but on the inside I was crumbling. And then there came a point when I literally told myself to get it together, to keep it together for him. That there is always hope.

The doctors told us that the after-effects of his injury, would be akin to Martin having had a stroke and after around a month, Martin started to slowly regain consciousness again (he had been placed in a drug induced coma to help the swelling in his brain decrease). Seeing him with his eyes open and moving around a little was the best thing I have ever seen in my 28 years. But it was hard for him, a proper slog. He essentially had to learn to do things all over again when he was ready. He had to learn how to walk and talk again. How to look after himself. But y’know what? He did it. He gave a big, fat finger to those that said he couldn’t, that his injuries were too severe. That he would never recover properly. 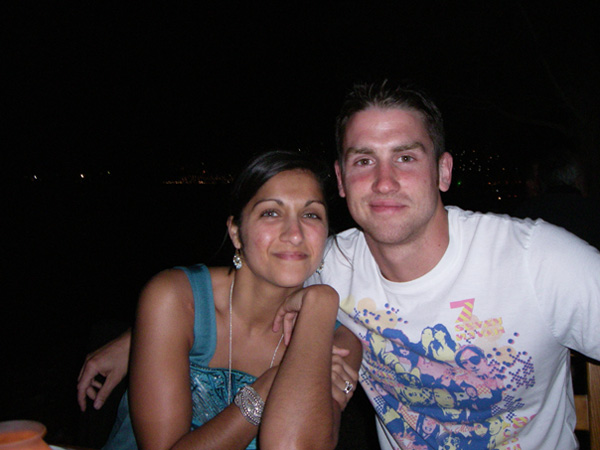 I remember the first time he could say ‘I love you’ back to me (before he would just blink to say it), I think I remember bawling and he just rolled his eyes at me! I remember when he waved at me for the first time when he had been transferred to the rehabilitation ward. I remember all the little kisses we would steal and how I would sneak food in for him and how we would giggle together at his bedside. I had started a new job and I remember counting the minutes till I could see him again. I remember walking with him again for the first time in months and when he hugged me, how he put everything into it.

Martin spent a total of 4 months and 1 day in hospital. He was released the day before his 27th birthday on the 17th December. It was the best Christmas I have ever had. 6 months later whilst we were on holiday, he asked me to marry him.

It sounds cliché to say that you don’t know what you’ve got till it’s gone or in our case, you don’t know what you’ve got until you nearly lose it, but it’s painfully true. Whilst we in no way dwell on what happened 3 years ago, we are aware of how much it changed our family and friends and most importantly us. Our relationship is what I would call solid and though we are in no way perfect and have our ups and downs like every other couple, we have found a balance that suits us. We’ve been through the ringer, come out the other side and still have each other. 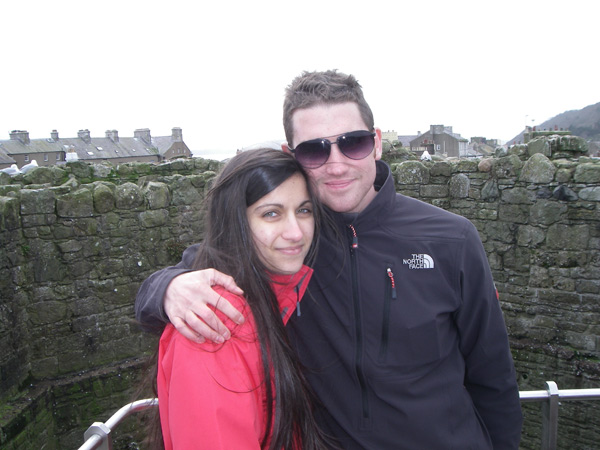 And so I wanted to take this opportunity to tell my future husband how amazing he is and how proud I am of him and to be marrying him. How he is possibly the most extraordinary person I know and he wants to spend his life with me? I am in awe of him every single day. He has made me and continues to make me so happy, even when he is tickling me when I’m trying to do my hair! He is the strongest and bravest man I know and tomorrow, I get to call that man my husband.

But it would be remiss of me to finish my last post as an engaged lady (sniff) without a few thank you’s a la Naomi!

Firstly to my parents, who don’t read this blog but I will have to forward them the link! Thank you so much for your overwhelming generosity and support. For my Mum’s sewing skills with the sari tablecloths and for being so overly enthusiastic. For always wanting to make the wedding just that little bit more Pakistani! To my Dad who put up with endless emails from me, pleading that I simply had to have this photographer or that stationery lady and for essentially letting me get my own way for the past 2 years!

To my bridesmaids, my beautiful ladies who have supported me, planned with me, got giddy with me and drunk lots of wine with me! You guys have made my life! Thank you so much for standing with me tomorrow on the biggest day of my life.

To my future family of in-laws, who are more like an army in size, thank you all for being so welcoming, loving and supportive. Though given how many of you there are, I don’t think I had a choice!

And finally to Rebecca, Charlotte, Adam and the RMW Universe. Thank you all so much,from the bottom of my already-bursting-with-love-heart, for letting me write on these here hallowed blue polka dot pages. You gave me confidence when I was down, you made me feel as though tikka-gate was something to be debated and pondered upon and above all, despite the protestations of various family members, you all made me know without a shadow of a doubt, that tomorrow will be Martin and I’s Day, our way. 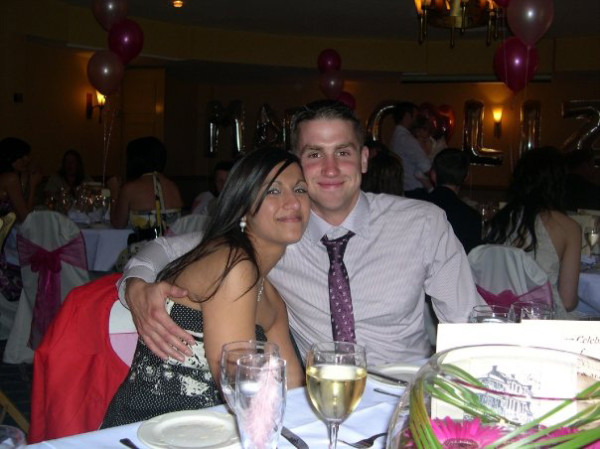 See you on the other side.

87 thoughts on “What Mahj Did… An Open Love Letter To Her Fiance And The World.”